The Mental Health Awareness Campaign Week observed by the Union Ministry of Health and Family Welfare began on Tuesday and will culminate on October 10. 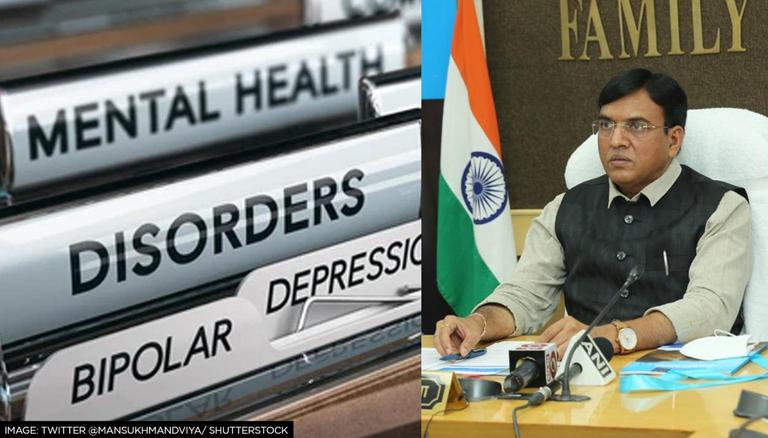 This year's World Mental Health Day comes at a time when the lives of people have been affected extensively due to the COVID pandemic which has impacted the mental as well as physical health of people. Under the guidance of Union Minister Mansukh Mandaviya, the health ministry's mental health awareness campaign will aim towards encouraging people to break the stigma surrounding mental health and disorders.

Released @UNICEF's report on 'State of the world's children 2021' and spoke about enhancing the holistic well-being of the young generation.#ShiftYourMINDset pic.twitter.com/zuQKzyRsLz

The campaign week will include several awareness workshops and programs by educational institutions and organisations.

"The other activities under the aegis of the Mental Health Awareness Campaign Week include virtual awareness workshops by NIMHANS, Bengaluru in collaboration with Educational Institutions and other suitable organization, cycle rallies in different parts of Delhi, green ribbon campaign, short film release in regional languages, launch of #breakthestigma hashtag campaign and quiz/ slogan competitions on mental health", the statement read.

UNICEF has claimed its "State of the World's Children" report is the most comprehensive examination of the mental health of children and adolescents around the world this century. The report released on Tuesday raised concerns about mental health impacts from the COVID-19 pandemic, which disproportionately affected poor and vulnerable children.

The impact of the pandemic on young people's mental health, according to UNICEF, could take years to assess completely. Psychiatrists noticed signs of suffering early on, with children and teenagers seeking therapy for suicidal thoughts, anxiety, eating disorders, and other issues as lockdowns and the move to remote learning cut them off from friends.