Earlier in August, Group Captain Varun Singh was conferred with the Shaurya Chakra on this year’s Independence Day for his act of exceptional gallantry. 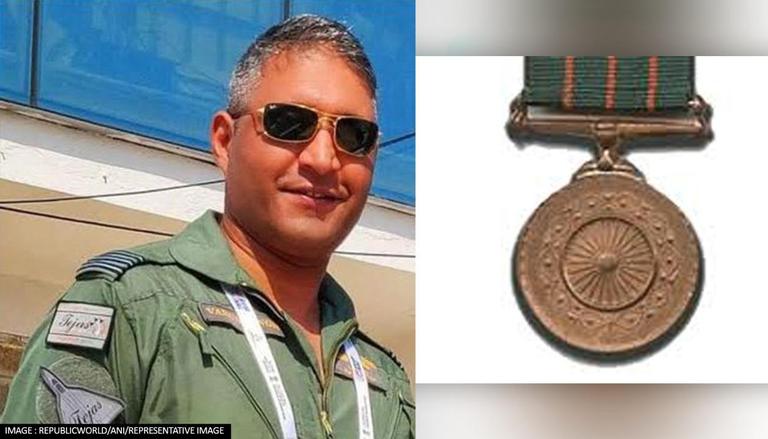 
Group Captain Varun Singh, the lone survivor in the IAF helicopter crash that claimed the lives of 13 persons including CDS General Bipin Rawat passed away on Wednesday. Initially admitted to the Military Hospital at Wellington, he was shifted to the Command Hospital in Bengaluru on December 9. Captain Varun Singh was conferred the Shaurya Chakra in August for averting a possible mid-air accident earlier last year.

Group Captain Varun Singh was a decorated air warrior who was the Wing Commander in a Light Combat Aircraft (LCA) Squadron. Earlier in August, Group Captain Varun Singh was conferred with the Shaurya Chakra on this year’s Independence Day for his act of exceptional gallantry. He received military honour from President Ram Nath Kovind for averting a possible mid-air accident during an aerial emergency in the year 2020. The group captain averted a possible mid-air accident after the Tejas light combat aircraft he way flying developed a major technical snag.

According to the Ministry of Defence, Captain Singh showed courage during the event and managed to control the situation avoiding a disaster. The accident took place on October 12, 2020, when the flight’s cockpit pressurisation failed mid-flight. However, during the dissent, the flight control system failed leading to the captain losing all control of the flight. The flight rapidly lost altitude. But despite the high-pressure situation, Captain Varun Singh maintained composure and managed to regain control of the aircraft, showing exemplary flying skills. Varun Singh landed the flight under calculated risk avoiding a major disaster. He was conferred with honour by the government for his brave act.

On December 9, Defence Minister Rajnath Singh briefed both Houses of Parliament on the IAF helicopter crash that claimed 13 lives. He explained that Sulur Air Base Air Traffic Control lost contact with the Mi-17 V5 Helicopter at about 12.08 pm barely a few minutes before its scheduled landing at Wellington where the CDS was going to interact with the student officers. He also revealed that the IAF had ordered a tri-services enquiry headed by Air Marshal Manvendra Singh who is serving as the Air Officer Commanding-in-Chief Training Command.