Howdy Modi: A Look At Some Of Trump's Best Quotes From The Event

The enormously popular ‘Howdy, Modi!’ event kicked off with music, dance and a community of over 50,000 Indian-Americans joining from across from the United States to witness the historic collaboration between India and the US. The crowd cheered praises and chanted Modi’s name. While, Prime Minister Narendra Modi addressed to the extravagant audience, with his signature slogan, albeit with a different “Abki Baar, Trump Sarkar”. Trump was no less to praise Modi’s achievements, hailing PM Modi’s leadership and devotion to transform India, by putting it on the global map.

'Great to have a trusted friend like Modi': Donald Trump

Addressing the audience, US President Donald Trump started off acknowledging the conviction of PM Modi to work towards the people of India. Donald Trump congratulated PM Modi on his electoral win, adding that 600 million voted for him, which is a no small feat to achieve. Here are some of Trump's best quotes at the special event.

Addressing the audience, Donald Trump spoke about being happy in presence with his friend Modi

He also expressed gratitude for the contribution of Indian Americans’ in the work sphere and how he is truly proud to call them as Americans. 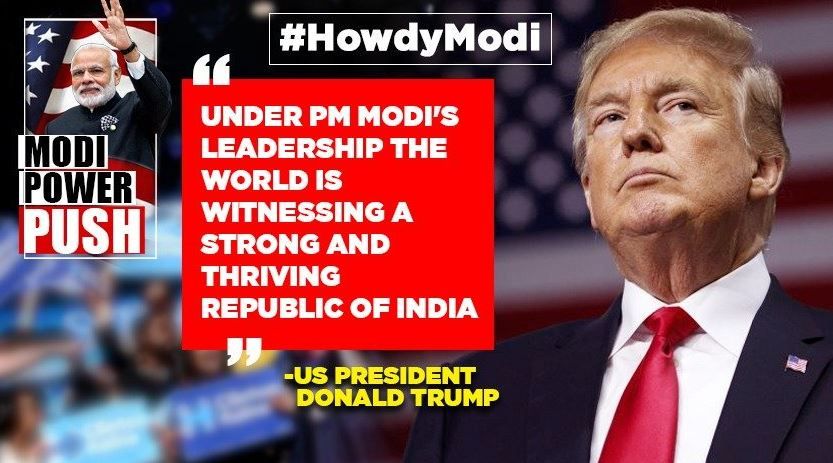 The US President also expressed the desire to work against Radical Islamic terrorism and protecting the country's borders. 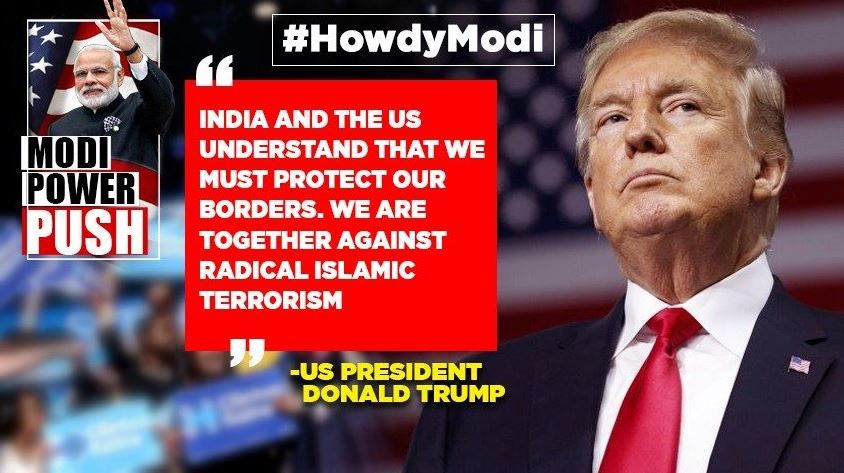 Prime Minister Modi began his six-day long US visit on Sunday. He will be taking part in a series of events and address at the United Nations General Assembly (UNGA) on September 27. The prime minister will attend a climate action summit, focusing on climate change. He is expected to attend the 150th Birth anniversary celebration of Mahatma Gandhi. The event was organised by Texas India Forum, the event, with the tagline 'Shared Dreams, Bright Futures'. The mega event focused on the nature and strengthening of ties between the two nations.