DCP Joel Davis stated that in continuation of the arrest of three accused earlier, one CCL (Child in Conflict with Law) has been apprehended by police on June 5 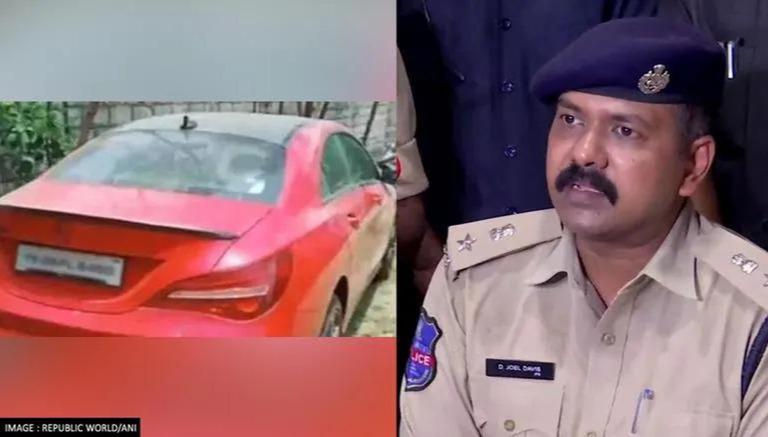 
In a development in the Hyderabad Gangrape case, four accused have been apprehended out of five and the hunt for the remaining one is underway. Of the four arrested accused, three are juveniles and one is an adult, Saduddin Malik, who was produced before the court and has been sent to the judicial remand for 14 days. One of the teenage boys accused in the incident is alleged to be a son of a leader wielding power.

Deputy Commissioner of Police (West Zone) Joel Davis stated that in continuation of the arrest of three accused earlier, one CCL (Child in Conflict with Law) has been apprehended by police on June 5. The juvenile arrested today has been booked under Indian Penal Code (IPC) sections 376(D) (Forceful sexual intercourse), 323 (Punishment for voluntarily causing hurt), 6 POCSO Act at Jubliee Hills Police station in Hyderabad.

"In continuation of the arrest of three accused earlier one CCLs (Child in Conflict with Law) is apprehended by Jubilee Hills police today i.e., on 05-06-2022 and his apprehension was effected in the above case and he is being produced before the Hon’ble Juvenile Court for their safe custody," DCP Joel Davis said in a press note.

Child in Conflict with Law has been defined under Section 2 (l3) of the Juvenile Justice (Care & Protection of Children) Act, 2015 as a child who is alleged or found to have committed an offence and has not completed eighteen years of age on the date of committing the offence.

"Deeply anguished over this heinous incident, the Governor has ordered the submission of a detailed report within two days on the issue from the Chief Secretary and the Director-General of Police," stated the press release published by Tamil Nadu Raj Bhavan.

'My daughter is in deep shock': 17-year-old victim's father

The alleged incident took place on May 28 in Hyderabad's Jubilee Hills area and a complaint was filed by the girl's father on May 31.

"At about 5.30 pm, she was taken out of the pub by a few guys in a car. Later, they misbehaved with my daughter and assaulted her, she has minor injuries on her neck. Since then my daughter is in deep shock and unable to disclose the things exactly," read the complaint.

Based on the complaint by the minor's father, a case has been registered under the Indian Penal Code (IPC) Sections 354 and 323 and Section 9 r/w 10 of the Protection of Children from Sexual Offences (POCSO) Act.