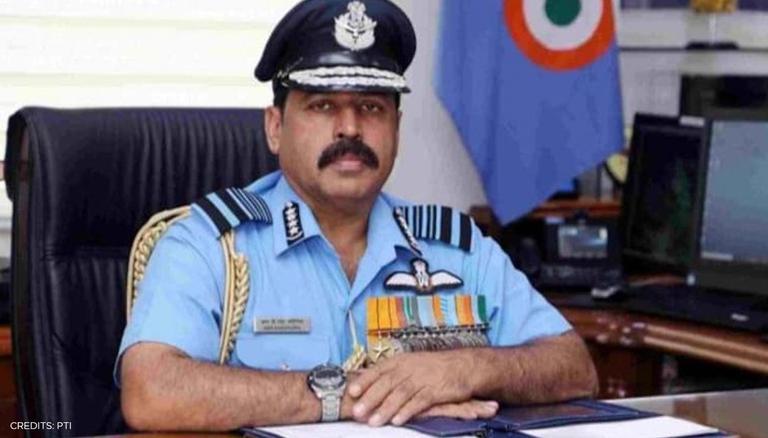 Both sides are expected to carry out discussions regarding defence cooperation & military, tweeted Indian Air Force.

As strategic partners, India & Israel enjoy strong, multi-dimensional ties, an important pillar of which is defence cooperation & military level exchanges. Both sides will discuss enhancement in the depth and scope of bilateral exchanges between the two Air Forces.

The bilateral relations between India and Israel enhanced after the latter assisted India with medical infrastructure during the peak time of the second wave of COVID-19. Israel had stepped in providing medical and life-saving support during the ordeal. As promised, three rounds of healthcare equipment were delivered by Israel, assigned to India for medical relief.

In a statement, Israel’s Foreign Ministry had asserted, “the delivery of the assistance, which will be transferred to India by air through a series of flights throughout the week, is the result of the Foreign Ministry's work in cooperation with the National Security Council, Health Ministry, Finance Ministry, and Control Center, together with full coordination with the Indian government through Israel's embassy in New Delhi and the Indian embassy in Israel".

On July 31, IAF Chief Air Chief Marshal RKS Bhadauria had embarked on an official goodwill visit to the United Arab Emirates (UAE). Bhadauria visited the Arab nation at the invitation from Major General Ibrahim Nasser M Al Alawi, the Commander of the UAE Air Force and Air Defence (UAE AF & AD). The visit was to strengthen air defence cooperation between the two countries.

In a statement, India's Ministry of Defence mentioned, "Air Chief Marshal RKS Bhadauria embarked on an official goodwill visit to UAE." Bhadauria received the invitation from Major General Ibrahim Nasser who handles UAE's Air defence and Air force. The official statement further added, "Indian Air Force and UAE AF & AD have had significant professional interactions in the past few years and this visit will further strengthen the defence cooperation and Air Force level exchanges, as part of the comprehensive strategic partnership between the two sides."