General Bipin Rawat, his wife Madhulika and 11 more were killed when the IAF chopper they were flying in from the Sulur Air Force Base to Wellington crashed. 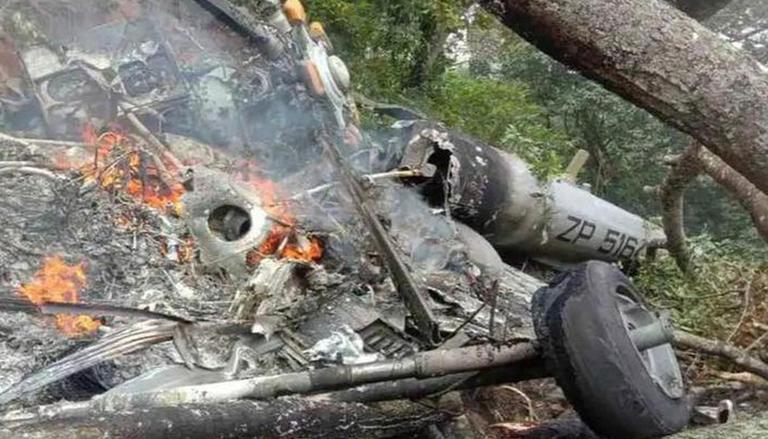 
A day after CDS General Bipin Rawat, his wife Madhulika Rawat and 11 others were killed in a chopper crash, official Army sources on Thursday said that the identification of the bodies was proving to be difficult because of the severity of the crash. Army sources have assured that all measures were being taken for positive identification considering the sensitivities and emotional well-being of the loved ones.

Mortal remains of CDS Bipin Rawat, 12 others to be brought from Sulur to Delhi

The mortal remains of CDS Gen Rawat, his wife & other personnel have been moved from Wellington to Sulur by road as the weather is not fit for air operations. Locals showered flower petals & chant 'Bharat Mata ki Jai' as ambulances carrying mortal remains of those who died in Coonoor military chopper crash, arrive at Sulur airbase.

From Sulur to Delhi, all 13 bodies are being brought in an Indian Air Force C-130J Super Hercules transport aircraft.

In a tragic event, Mi5V17 chopper carrying General Bipin Rawat, his wife Madhulika Rawat and 12 more flying in from the Sulur Air Force Base to Wellington crashed. While 11 were declared dead at the site of the crash, 3 including General Bipin Rawat was rushed to the hospital, where he and one other succumbed to the injuries. Group Captain Varun Singh, the only survivor, is being treated for severe burns and is on life support.