IAF Chopper Crash: Who Was Prithvi Singh Chauhan, The Pilot Of Ill-fated Mi-17V5? 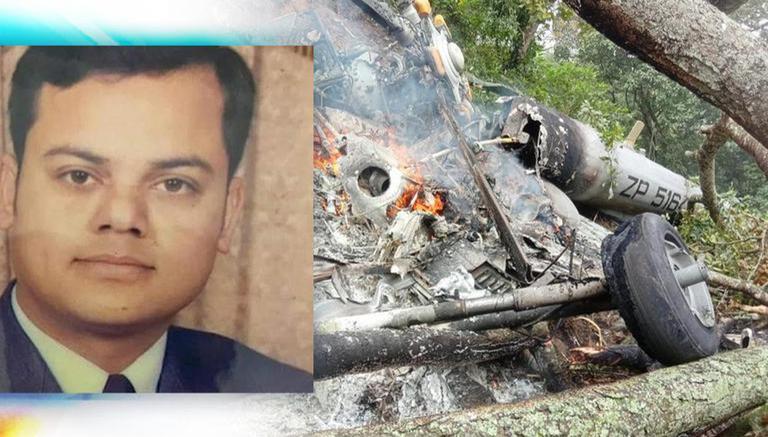 
Wing Commander Prithvi Singh Chauhan was the pilot of the ill-fated Indian Air Force (IAF) Mi-17V5 helicopter that crashed in Tamil Nadu on Wednesday. IAF helicopter that was reduced to ashes on 8 December claimed the lives of Chief of Defence Staff (CDS) Gen Bipin Rawat, his wife Madhulika Rawat and 11 others. The entire nation is now mourning the death of CDS Gen Rawat and others who were on board the IAF helicopter.

Who was Prithvi Singh Chauhan?

The family of the 42-year-old, who was the pilot of the IAF helicopter that crashed, had migrated to Agra from Gwalior in Madhya Pradesh back in 2006. Wing Commander Chauhan had joined the Indian Air Force in Hyderabad in 2000 and was posted at the Indian Airforce station in Coimbatore, Tamil Nadu.

READ | IAF helicopter crash: How does Black Box work? Why is it not destroyed in a crash?

Chauhan studied at Sainik School in Madhya Pradesh’s Rewa. His journey in service for the nation began when he secured a seat at the National Defence Academy (NDA) before passing out and joining IAF in 2000.

Reports have stated that Chuahan’s first posting was in Hyderabad. He was then stationed at several other locations including Gorakhpur, Guwahati, Andaman and Nicobar. During his service of more than two decades, Wing Commander was even sent to Sudan for a year-long special training.

As per media reports, Chauhan became a commissioned officer on 22 June 2002  and was ultimately promoted to Wing Commander in 2015. Presently, he was the Commanding Officer of the 109 helicopter Unit. In personal life, Chauhan married Kamini in 2007 and the couple has a 12-year-old daughter Aaradhya. He was born and raised in Agra and his parents still reside in the Saran Nagar area.

Chauhan was flying Mi-17V5 as India’s first CDS was on a visit to the Defence Services Staff College in Wellington to address the faculty along with student officers of the Staff Course when the IAF helicopter crashed near Coonoor in Nilgiris district.

His father, Surendra Singh lost the youngest of his five children and the only son in the IAF helicopter crash. Reportedly, he learnt about his son’s death when Chauhan’s wife Kamini called him with the heartbreaking news. Wing Commander’s mother Sushila Devi also revealed how she received the news after their eldest daughter, who lives in Mumbai confirmed the death of their son with Kamini.

Remembering his beloved son, Singh told PTI that Chauhan was cooperative and well-mannered. Wing Commander’s father said, “He used to talk about our wellbeing. After 31 years, he had celebrated Raksha Bandhan with his three sisters last time. His eldest sister, however, couldn't make it as she lives in Mumbai.” Singh recalled that Chauhan was set to arrive home in January and revealed that he last spoke to his son “three-four days ago” when the Wing Commander booked an appointment for his mother at a military hospital.