The exercise comes amid IAF’s defensive posturing along the Indo-Sino border, signified by its activation of the S-400 air defence systems along the LAC. 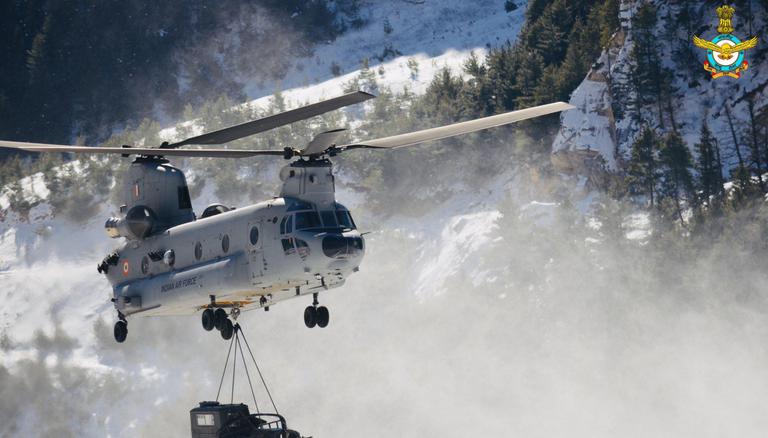 
The Indian Air Force is set to conduct Exercise Pralay in the nation’s northeastern sector amid an unresolved border contention with China pertaining to differing perceptions regarding the Line of Actual Control (LAC) between the two nations. The exercise will involve major air bases of the IAF in the northeast in addition to the recently deployed drone squadrons, IAF officials stated.

Planned to be held in the next couple of days, the exercise comes amid IAF’s defensive posturing along the Indo-Sino border, signified by its activation of the S-400 air defence systems along the LAC. Notably, the S-400 is capable of striking the target from 400 kilometres away.

According to officials from the Indian Air Force, Exercise Pralay will include major combat assets including the recently acquired Rafale fighter, in addition to Su-30 fighter jets, and other transport aircraft.

Amid increased Chinese activity along the LAC, especially in Doklam and Tawang, the Indian Air Force is monitoring the situation vigilantly. The recent deployment of an IAF drone squadron to the northeast region augments its capabilities of monitoring enemy activities along the Siliguri and the Sikkim Corridor, also known as the Chicken Neck Corridor.

Notably, the exercise’s conduct comes amid preparations for another IAF exercise called ‘Poorvi Akash’ set to be conducted in the first week of February. Exercise Poorvi Akash is an annual command-level exercise and is being conducted after a gap of two years due to the COVID-19 pandemic, the IAF said in a statement. Both the exercises set to be conducted in the coming days will test the IAF’s operational preparedness along the Indo-China border amid ongoing border tensions.

Headquartered in Shillong, the IAF’s Eastern Air Command has the entire northeast air space under its area of operation (AOR). Notably, the Eastern Air Command frequently scrambles its fighters to counter Chinese activity along the LAC, IAF officials stated.