On Thursday afternoon, the 54 Battalion of CRPF was targeted by the terrorists as their vehicle was attacked with an IED blast

37 personnel of CRPF attained martyrdom. 5 personnel injured are being treated in 92 Base Hospital.

The German government has expressed its condolences to the families of the martyred CRPF jawans.

Horrible terror attack on a police convoy in the Indian State of #Jammu&Kashmir: at least 40 police personnel reportedly killed, many injured. We condemn terrorism in all its forms. Germany stands by its strategic partner #India.

Australian government has expressed its solidarity with India in its fight against terrorism and condemned the terror attack which has resulted in the death of 44 CRPF jawans.

Deeply shocked by today’s terrorist attack in Jammu & Kashmir. Our thoughts are with the families of those killed and injured. Australia stands in solidarity with India in condemning all forms of terrorism. #Pulwama #KashmirTerrorAttack

Time for all to speak up against terrorism.

"I condemn in the strongest terms the vile attack that has just struck India. I express my condolences to the families of fallen soldiers and my deep solidarity with the Government and people of India.

France has always been and will always be alongside India in the fight against terrorism in all its forms. I call on each state to effectively combat terrorist networks and their funding channels and to prevent the cross-border movement of terrorist groups, such as Jaish-e-Mohamed, who has claimed responsibility for this attack."

The attack on CRPF jawans at Pulwama is an act of extreme cowardice & disregard for human life. India’s resolve for peace mustn’t be counted for weakness & passivity. India stands with CRPF, its martyred jawans & their families.

Ministry of External Affairs (MEA) has released a statement condemning the terror attack in Pulwama.

The Goverment of India condemns in the strongest possible terms  the cowardly terrorist attack on our brave security forces in Pulwama, Jammu & Kashmir earlier today (14 February 2019).

This heinous and despicable act  has been perpetrated by  Jaish-e-Mohammed, a Pakistan-based and supported terrorist organisation proscribed by the United Nations and other countries.  This terror group is led by the international terrorist Masood Azhar, who has been given full freedom by Government of Pakistan  to operate and expand his terror infrastructure in territories under the control of Pakistan and to carry out attacks in India and elsewhere with impunity.

The Government of India is firmly and resolutely committed to take all necessary measures to safeguard national security. We are equally resolved to fight against the menace of terrorism. We  demand that  Pakistan stop supporting terrorists and terror groups operating from their territory and dismantle the infrastructure operated by terrorist outfits to launch attacks in other countries.

We strongly reiterate our appeal to all members of the international community to  support the proposal to list terrorists, including JeM Chief Masood Azhar, as a designated terrorist under the 1267 Sanctions Committee of the UN Security Council and to ban terrorist organisations operating from territories controlled by Pakistan.

We express our sincere condolences to the family members of our fearless security personnel who have made the supreme sacrifice.

Russian and Bhutan government have also expressed their sympathies for India and families of CRPF jawans who were martyred on Thursday in Pulwama.

Embassy of Russian Federation:We denounce terrorism in all its forms&reiterate the need to combat these inhuman acts with decisive&collective response without any double standards.We express condolences to families of the deceased&wish a speedy recovery to injured. #PulwamaAttack

Bhutan Foreign Minister Tandi Dorji: Shocked & saddened to hear of the terror attack in Kashmir. We strongly condemn this heinous attack & express our solidarity with families of victims,&people&Govt of India. Hope perpetrators will be brought to justice. #PulwamaAttack

Foreign Minister of Maldives, Abdulla Shahid, expresses his solidarity with the families of the martyred CPRF jawans.

Strongly condemn the suicide terrorist attack on the convoy carrying Indian security forces in Jammu and Kashmir today. I extend my prayers and condolences to the bereaved families of the dead and injured.@MEAIndia

Shocked and saddened to hear of the dastardly terrorist attack in Kashmir, which has resulted in the loss of 30 precious human lives. We strongly condemn this heinous attack and express our solidarity with the families of the victims, and the people and Government of India.

Words fail me to condemn such an act of mindless cowardice. Extremely pained at the loss of the brave Jawans in #Pulwama. It is unnerving to learn about such a heinous unwarranted act. My heartfelt condolences to the family of the martyrs who lost their precious life today.

The Cabinet Committee on Security (CCS) will hold a meeting on Friday morning.

Pakistan is 100% behind this attack. The amount of explosive that has been used could not have been procured in the local market.

We will give a tough response. The government will not lie low.

Let me tell you they are frustrated because stone-pelting has gone down and recruitment has also gone down.

US Ambassador to India issues statement on the terror attack in Pulwama:

The U.S. Mission in India strongly condemns today’s terrorist attack in Jammu & Kashmir. We send our heartfelt condolences to the families of the victims. The United States stands alongside India in confronting terror and defeating it. #KashmirTerrorAttack

Death toll in the Pulwama terror attack rises to 40

President Ram Nath Kovind has condemned the terror attack that has resulted in the death of 39 CRPF jawans so far.

Strongly condemn the terrorist attack in Pulwama, J&K. Thoughts and prayers with the families of martyrs and wishing an early recovery to those injured. The entire nation stands united in the fight against the forces of terror and evil #PresidentKovind

NIA team to leave from Delhi to Srinagar on Friday morning. Top sources have said that it is unclear if the case will be transferred to NIA.

Strongly condemn the gruesome terror attack on CRPF soldiers. Deepest condolences to the families of the martyrs. Praying for the speedy recovery of the injured.

India must break diplomatic relations with Pakistan tonight. Then draw upon land for breaking Pak into 4

Death toll in the terror attack rises to 39. 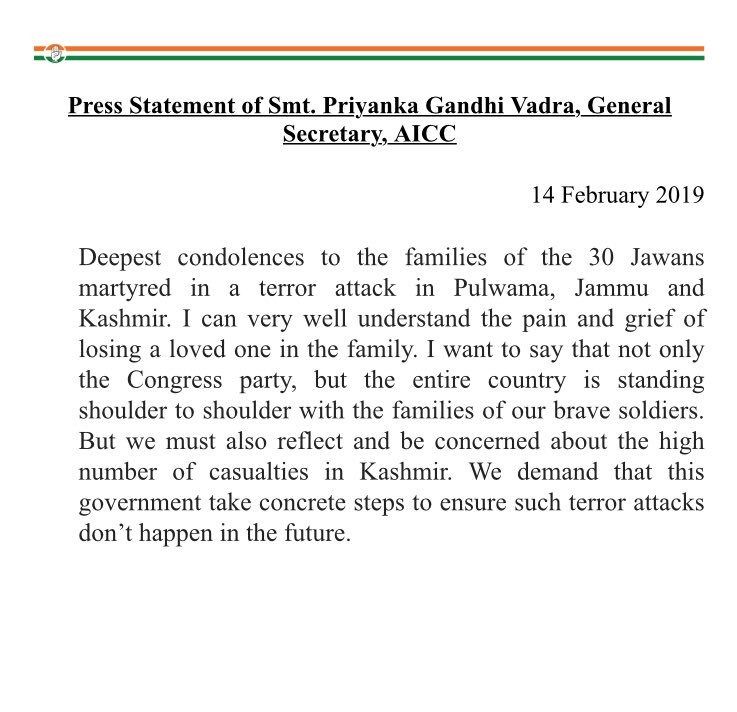 PM Narendra Modi expresses his condolences to the families of the martyred CRPF jawans.

Attack on CRPF personnel in Pulwama is despicable. I strongly condemn this dastardly attack. The sacrifices of our brave security personnel shall not go in vain. The entire nation stands shoulder to shoulder with the families of the brave martyrs. May the injured recover quickly.

Spoke to Home Minister Rajnath Singh Ji and other top officials regarding the situation in the wake of the attack in Pulwama.

Pained beyond words by the terror attack on our soldiers in Pulwama (J&K). It is an act of cowardice. My deepest condolences are with the families of our soldiers who have lost their lives. Our forces will remain firm against such acts of terror and defeat them.

Attack on CRPF in #Pulwama, J&K is a cowardice & condemnable act of terrorists. Nation salutes martyred soldiers and we all stand united with families of martyrs. We pray for speedy recovery of the injured. Terrorists will be given unforgettable lesson for their heinous act.

Today’s dastardly attack on crpf in Pulwama (J&K) is extremely painful and disturbing. I bow to each and every CRPF jawan who has sacrificed his life in service to the nation. I pray for the speedy recovery of the injured: HM Shri @rajnathsingh

HM also spoke to the Governor of Jammu and Kashmir, DG CRPF and the Home Secretary regarding the Pulwama attack. They have apprised him of the situation. HM has cancelled his scheduled visit to Bihar tomorrow. MHA is closely monitoring the situation.

Republic TV has learnt that the death toll has risen to 26.

Police did receive an input about an imminent attack around 3 days ago. The input was regarding an attack that would be carried out by Jaish. But this was not specific in nature with regards to location of the attack: IB Kashmir sources have told Republic TV

As a soldier and a citizen of India, my blood boils at the spineless and cowardly attacks. 18 brave hearts from the @crpfindia laid down their lives in #Pulwama. I salute their selfless sacrifice & promise that every drop of our soldier’s blood will be avenged. #JaiHind

Vice President Venkaiah Naidu and Congress president Rahul Gandhi express their condolences to families of those who have been martyred in the terror attack.

Shocked by the dastardly terrorist attack in which CRPF personnel were martyred. My heartfelt condolences to bereaved families and prayers for speedy recovery of the injured. @crpfindia

I’m deeply disturbed by the cowardly attack on a #CRPF convoy in J&K in which 10 of our brave men have been martyred and many others wounded. My condolences to the families of our martyrs. I pray for the speedy recovery of the injured.

All the injured have been shifted to the hospital. We will hold the post-blast analysis. It will take time: IG CRPF

Saddened that 13 CRPF jawans became martyrs today in Pulwama. We salute our brave jawans and extend our solidarity and condolences to their families. Our prayers for those injured. We wish them a speedy recovery

Extremely shocking news coming from Pulwama (J&K). I strongly condemn the terror attack on CRPF convoy in which many casualties are feared. India must stand united in this moment of grief

Deeply saddened by the martyrdom of so many @crpfindia #jawans in terrorist attack in #Pulwama district of #JammuAndKashmir. Strongly condemn the cowardly act and condolences to the bereaved families.

The following is the statement released by the CRPF:

A total of 18 CRPF personnel have been martyred in the IED blast in Pulwama in Jammu and Kashmir, says PTI quoting officials.

Disturbing news coming in from #awantipura . Twelve of our security personnel have been martyred and several have been injured. No words are enough to condemn the gruesome terror attack. How many more lives will be snuffed out before this madness ends?

J&K Police have released a statement in the aftermath of the IED blast on the Jammu-Srinagar highway:

Terrible news coming from the valley. A number of CRPF soldiers are reported to have been killed & injured in an IED blast. I condemn this attack in the strongest possible terms. My prayers for the injured & condolences to the families of the bereaved. #Kashmir

Jaish has claimed the blast as a suicide (fidaeen) attack reminiscent of the dark days of militancy pre 2004-05. #Kashmir

There were 35 personnel aboard the vehicle that was attacked.

CRPF sources say it is the worst attack on the forces in recent times.

Twelve CRPF personnel have been martyred in the terrorist attack. Thirteen others are injured.

Eight CRPF personnel have been killed in the IED blast in Pulwama, with the casualties likely to go up, says news agency PTI quoting officials

IG CRPF has confirmed to Republic TV that there were at least 20 personnel aboard the vehicle that was attacked.

Terror outfit Jaish-e-Mohammed (JeM) has claimed the responsibility for the IED blast on the Jammu-Srinagar highway.

Visuals from the attack site show that the severity of the attack was very high.

An IED blast occurred upon a bus of 54 Battalion CRPF part of Up convoy from Jammu to Srinagar at 2:15 pm. Some reports of grenade lobbying and firing upon vehicles of 35 Battalion and 179 Battalion also coming in. 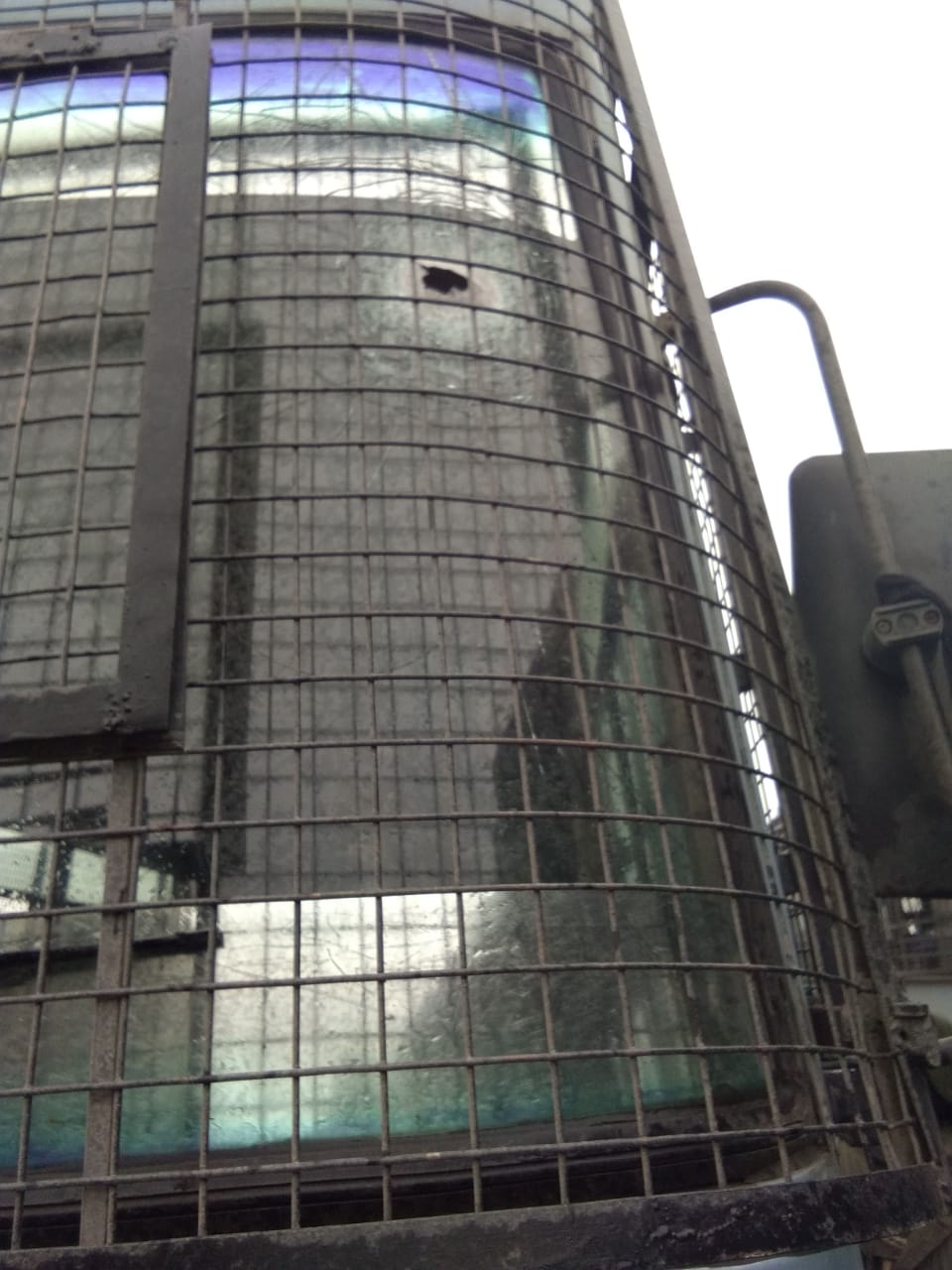 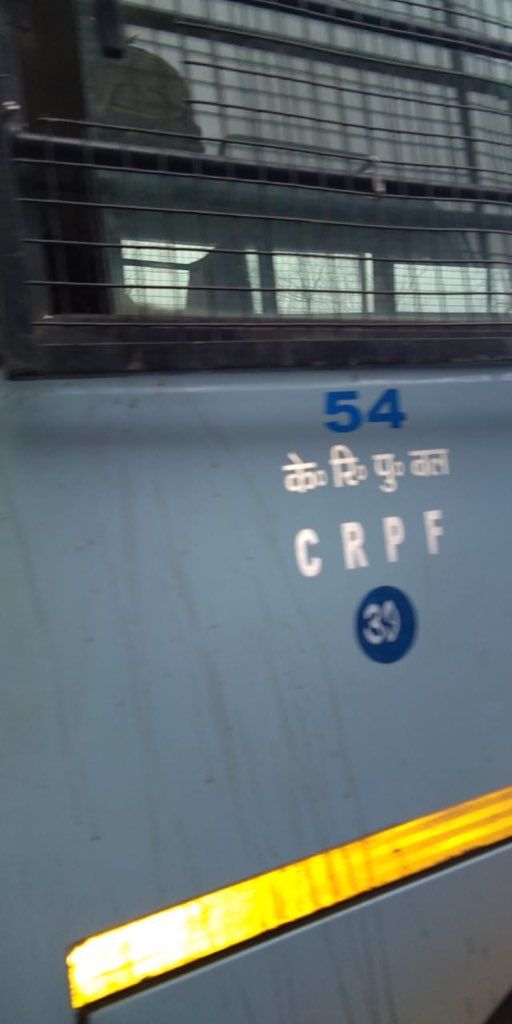 On Thursday afternoon, the 54 Battalion of CRPF was targeted by the terrorists as their vehicle was attacked with an IED blast in the Awantipora area of the Pulwama district on the Jammu-Srinagar highway.

Early reports have suggested that at least 4 CRPF jawans have been injured from this terrorist attack.