MoS MHA Nityanand Rai informed the Lok Sabha that “Illegal Rohingya migrants pose a threat to national security and some are indulged in illegal activities." 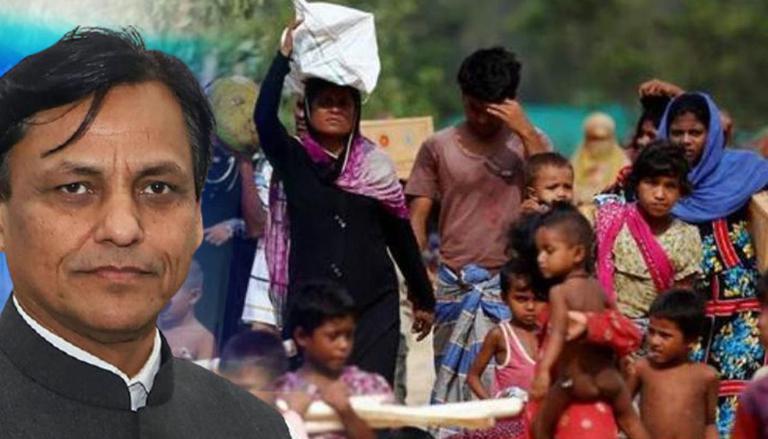 
Addressing the Lower House on the second day of the monsoon session of the Parliament, the Ministry of Home Affairs informed that reports of a threat to national security have surfaced from the illegal Rohingya migrants. It also said that some of them were also found to be involved in illegal activities in the country.

On Tuesday, Minister of State, Ministry of Home Affairs, Nityanand Rai informed the Lok Sabha that “Illegal Rohingya migrants pose a threat to national security and there are reports that some of them have indulged in illegal activities in the country.”
The Union minister in a written reply said, "Illegal migrants (including Rohingyas) pose a threat to national security. There are reports about some Rohingya migrants indulging in illegal activities," he said.He mentioned that those who enter India without valid travel documents, or those whose travel documents have expired will be considered illegal migrants and will be dealt with legally.

"Foreign nationals who enter into the country without valid travel documents or whose travel documents expire while staying in India are treated as illegal migrants and are dealt with as per existing legal provisions," he said in Lok Sabha.

Currently, with the social-political situation worsening in coup driven Myanmar a lot of people have been trying to infiltrate borders and get into India illegally. Many reports suggest that the Myanmar nationals are wanting to leave the neighboring country and come to India. On this, Rai said that “there are reports about the influx of Myanmar nationals into Indian territory due to the internal situation in Myanmar.” The minister also informed that a writ petition has been filed in the Supreme Court, praying not to deport Rohingyas from India. But as of now, no stay has been granted by the court on the deportation of the Rohingyas.

India shares borders with many countries and observes migration in huge numbers every year. The PM Modi government wants to deal with the issue of illegal immigrants entering the country and is addressing the issue significantly. The government had also passed the contentious CAA, citizenship Amendment Act in 2019, to give citizenship to migrants who have entered the country before 2014.