On Saturday, the IMA extended solidarity with the striking junior doctors in Madhya Pradesh and urged the state government to look into their genuine demands. 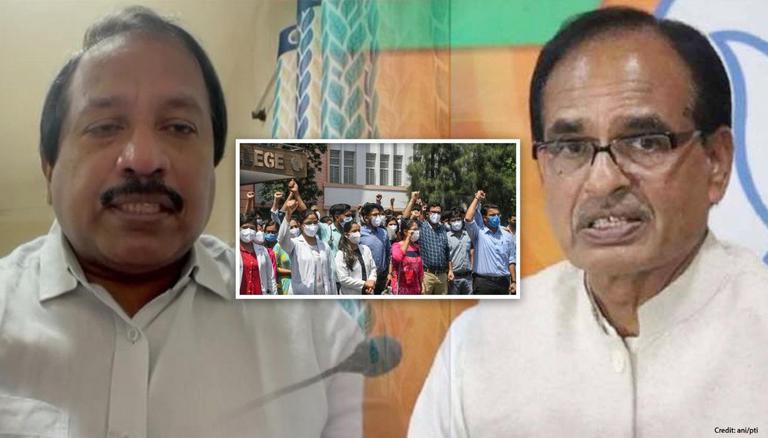 
On Saturday, the Indian Medical Association extended solidarity with the striking junior doctors in Madhya Pradesh and urged the state government to look into their genuine demands. It mentioned some of their demands such as bed reservation for healthcare workers and their high-risk members infected with COVID-19, proper workplace security, stipend hike and novel coronavirus incentives. Lamenting that the government has failed to take any steps for initiating a meaningful dialogue, it pointed out that they were forced to resign en masse.

Levelling serious charges against the Madhya Pradesh Medical Science University, the IMA stated, "The MPMSU is using intimidation tactics, threatening to cancel their registrations and demanding that they pay a seat departure bond and quit their hostel bonds. One of the junior doctors had to witness his parents being harassed by the state bureaucracy. IMA is appalled to learn of such events, which are unforgivably heinous."

According to the association, the harassment of frontline workers who have been serving selflessly is "unacceptably cruel". On this occasion, it recalled that even Prime Minister Narendra Modi has lauded the efforts of healthcare workers. The IMA called upon the Shivraj Singh Chouhan-led government to engage with the striking doctors at the earliest.

Indian Medical Association (HQs) is appalled to learn of intimidation tactics by state bureaucracy to Junior doctors of Madhya Pradesh in view of their demands for bed reservation, workplace security & stipend hike. IMA stands with them & demands State to look into their cause. pic.twitter.com/Gd6ss6lOQR

Junior doctors in MP on strike

While the strike commenced on May 31, the crisis came to the fore when nearly 3,000 junior doctors working in 6 government medical colleges of MP resigned en masse from their posts on Thursday and submitted their resignations to the dean of their respective colleges. This defiance came amid the MP High Court's order on the same day terming the strike "illegal" and asking the doctors to resume their duties within 24 hours. A division bench of Chief Justice Mohammad Rafiq Ahmed and Justice Sujoy Paul empowered the state government to take stern action against them in case of non-compliance with their direction.

Observing that they won't be able to sit for the examinations, Madhya Pradesh Junior Doctors Association president Dr. Arvind Meena revealed to PTI that the order will be challenged in the Supreme Court. He revealed that the junior doctors were forced to stop work as the MP government failed to fulfill their demands as promised on May 6. Addressing a press briefing in Bhopal, Medical Education Commissioner Nishant Warwade stated that a 17% increase in the stipend and medical insurance scheme had been approved for the junior doctors.

At the same time, he reminded them that the Essential Services Maintenance Act is also applicable to doctors and expressed a desire that they should resume treating patients. When asked about whether the junior doctors will resume their work after the official order regarding the stipend hike is issued, the MPJDA chief remained non-committal. He hinted that the strike shall continue until the stipend is increased by 24%, which he claimed was promised by the government.