IMA Files Plaint On Baba Ramdev, Seen on Video Saying 'even Their Father Can't Arrest Me'

The Indian Medical Association (IMA) has lodged a complaint against yoga guru Baba Ramdev for committing offences under the Epidemic Diseases Act, 1987 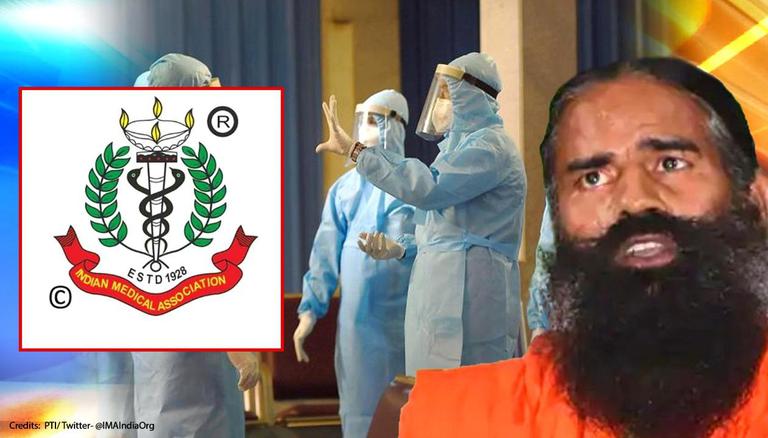 
The Indian Medical Association (IMA) has lodged a complaint against yoga guru Baba Ramdev for committing offences under the Epidemic Diseases Act, 1987, the Disaster Management Act 2005 with other relevant provisions of law for his remarks against allopathy & modern medicine, at the IP Estate Police station in Delhi (over dishonest and wrongful representations on allopathy). IMA's complaint comes after Congress' Gaurav Pandhi shared an undated video of Baba Ramdev claiming that 'even their fathers couldn't arrest me' (coarsely, in Hindi) - referring to the growing call on social media and among doctor associations seeking Baba Ramdev's arrest for allegedly 'spreading misinformation amid a pandemic.'

Baba Ramdev boasts 'even their father cant arrest me'

From Resident Doctor's Associations of various medical institutes to the IMA, doctors have sought Baba Ramdev to be labelled an 'unreliable source' for information on health following his attack on allopathy, and in fact, more, going on to seek sedition charges being slapped against him, and also with a call online to 'Arrest Baba Ramdev' to which he was presumably replying. In the video shared by the Congress leader, Baba Ramdev is heard saying that he was aware of the growing call to arrest him and applauded the people who made it the top trend in India.

Over to you, @narendramodi @AmitShah !!

Echoing IMA's statement, the Resident Doctors Associations (RDAs) of various institutions sought yoga guru Baba Ramdev to be prosecuted alleging his statements violated the Epidemic Diseases Act and claimed that the remarks were made with malicious intentions to mislead the innocent people for personal benefits. IMA Uttaranchal state branch wrote to Uttarakhand CM Tirath Singh Rawat hoping for a 'prompt and strict action' against Baba Ramdev, alleging that his remarks had 'demoralised & angered' already striving doctors and noted that while 152 doctors lost their lives in the first wave of COVID, 452 doctors had succumbed in the battle against the second wave. Meanwhile, the Resident Doctors Association of AIIMS Delhi held a symbolic protest demanding the arrest of Baba Ramdev, referring to him as a 'Quack'

IMA's demand to prosecute Baba Ramdev under the Epidemic Diseases Act was triggered by a video being circulated on social media in which Baba Ramdev is allegedly heard saying 'allopathy ek aisi stupid aur dilwaliya science hai' ('Allopathy is a stupid & ... science'). In a press release, IMA claimed that Baba Ramdev had called doctors 'murderers' in front of the Health Minister in the pretext of the 'release of his wonder drugs' and accused the yoga guru of misleading the public by making baseless accusations to sell his 'unapproved & illegal drugs'.

Further, IMA claimed that Baba Ramdev had challenged the wisdom and integrity of the DCGI by making a remark that people had passed away after taking approved anti-COVID drugs such as Remdesivir, Fabiflu and others. The press release claimed that Baba Ramdev's quote (from the speech presumably) on Favipiravir as medicine against fever or antipyretic was 'laughable' and displayed his ín-depth scientific knowledge.' Citing the pain & agony over the loss of over 1200 modern medicine doctors, IMA dared the govt to either consider the accusations of Baba Ramdev and dissolve the modern medicine facility or boldly prosecute yoga guru Baba Ramdev for his statements.

READ | 'Not Allopathy vs Ayurveda but misinformation & vested interest': IMA to PM on Baba Ramdev
READ | Baba Ramdev should be booked under sedition charges: IMA in letter to PM
First Published: 27th May, 2021 19:58 IST
SUBSCRIBE TO US