IMA Vs Ramdev: Medical Body Challenges Baba To An Open Debate On Patanjali Medicines' Use 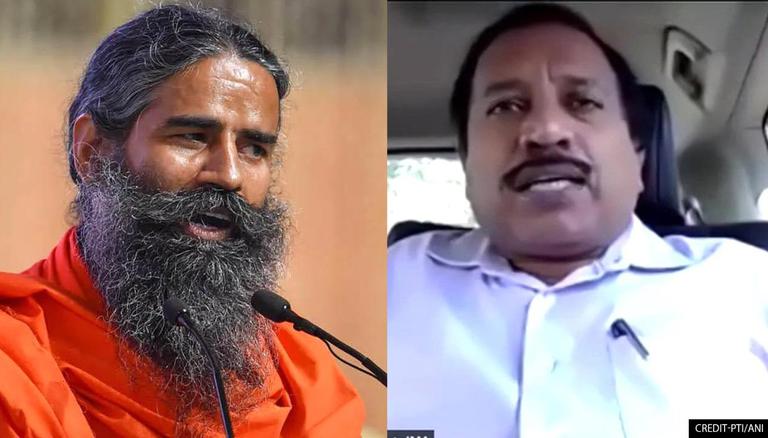 
Escalating the feud with Patanjali founder Baba Ramdev, Indian Medical association's (IMA) Uttarakhand unit on Saturday, challenged Ramdev for a debate with panel discussion asking him to list which allopathic hospitals have given Patanjali medicines for treatment. This move comes after IMA filed a complaint against Ramdev for his remarks against allopathy & modern medicine in Delhi. The medical body and the Patanjali founder have been in a tussle since he claimed 'Allopathy is a stupid science'.

IMA challenges Ramdev to an 'open debate' on Patanjali medicines

Indian Medical Association (IMA) Uttarakhand has challenged Yog Guru Ramdev for a debate, asked him to tell which allopathic hospitals have given Patanjali medicines for treatment, IMA has publicly challenged the debate with panel discussion

Previously, the IMA lodged a complaint against Ramdev for his false remarks on modern science after a video emerged with Ramdev claiming that 'even their fathers couldn't arrest me' (coarsely, in Hindi). This was in reference to the growing call on social media and among doctor associations seeking Baba Ramdev's arrest for allegedly 'spreading misinformation amid a pandemic'. IMA Uttarakhand has also demanded Ramdev to issue a video countering his claims and tender a written apology within the next 15 day or face a Rs 1000 crore defamation notice. Several doctors staged a protest outside a Delhi hospital demanding action against Ramdev for defaming modern science.

READ | Baba Ramdev should be booked under sedition charges: IMA in letter to PM

In response, Baba Ramdev's Patanjali claimed that the yoga guru was reading out a WhatsApp forward message received by him & others participating in the private event. It added that Baba Ramdev believed allopathy as a 'progressive science' and that the combination of allopathy, Ayurveda, and yoga would be beneficial for all amid the battle against COVID and bore no ill-will against modern science & its practitioners. After Union Health Minister Dr. Harsh Vardhan wrote a letter to Ramdev urging him to take back his comments, Ramdev responded by withdrawing his comments saying, "If someone's feeling has been hurt because of that, I regret it". Amid this controversy, the Haryana govt has announced it will 1 lakh Coronil kits to patients.