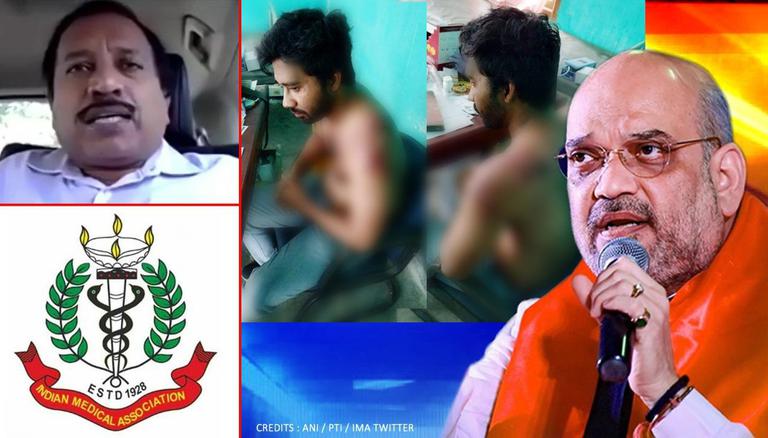 
In a shocking incident, Dr Seuj Kumar Senapati a junior doctor in Assam and a frontline COVID warrior was brutally attacked by the attendants following the death of a patient suffering from COVID & pneumonia. The incident was reported from Udali Model Hospital in Assam's Hojai district. Three accused have been arrested in the case, 10 people identified and operation is still underway to nab the rest of the accused. Indian Medical association's (IMA) president Dr JA Jayalal has condemned the attack on the health care worker and wrote a letter to Home Minister Amit Shah regarding the violence against the COVID warriors and demanded strict action against it.

According to the sources the patient was suffering from COVID and pneumonia as his condition was critical, he also had urine retention. The patient already expired when the doctors arrived for catheterization. After the patient's death, the angry attendants then assaulted the hospital staff. The Doctor somehow managed to escape to save his life. The junior doctor and one nurse were brutally assaulted. The nurse is still in an unconscious state.

IMA President Dr JA Jayalal lauded the centre's effective management of the COVID pandemic. He said while the entire medical fraternity stands with the government and is working tirelessly during the pandemic, it is also facing a serious threat from healthcare violence. There are many incidences of healthcare violence taking place across the country.

"Yesterday there was a barbaric attack on Dr Seuj Kumar in Assam. He was working in COVID Care Centre in the Hojai district. It was an extremely inhuman attack. Doctors and healthcare staff is finding it difficult to work under the stress of violence. Healthcare Violence has become an alarming phenomenon across the country. The real size of the problem is largely unknown and recent information shows that the current knowledge is only the tip of the iceberg", read the IMA letter. After the incident, Assam Chief Minister Himanta Biswa Sarma expressed his anger on the incident and ordered police and concerned authorities to nab the culprits.