The IMD issued an orange alert for Delhi, UP, Punjab and Haryana, alerting people to venture out carefully as temperature is expected to be between 44°- 47°. 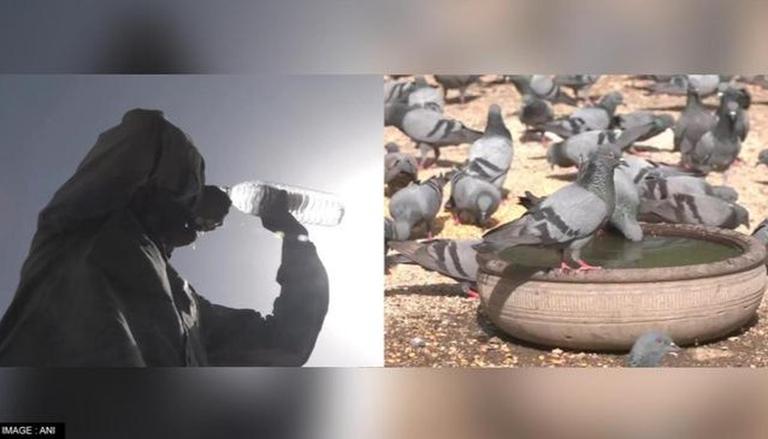 
The India Meteorological Department (IMD) issued an orange alert for Delhi, Uttar Pradesh, Punjab and Haryana, thus cautioning people to venture out carefully as temperature is expected to be between 44°- 47°.

Issuing the alert, the IMD stated that a severe heatwave will sweep through Delhi, UP, Haryana and Punjab, which is expected to begin from June 4 and will continue until June 10 with temperatures in the range of 44°- 47°. "We advise people to venture out carefully as heat spell very severe," said RK Jenamani, senior IMD scientist.

The monsoon is yet to reach in northern India, “We are monitoring. Monsoons in Delhi are still far,” the IMD scientist said.

READ | India to get more rains this monsoon than prior predictions: IMD

No relief from heat to Delhi until June 10

The capital city Delhi has been reeling under a severe heatwave since the last two days - with the city recording a temperature of over 44.8° C on June 5. The location of Mungeshpur topped the heat chart with the mercury rising to as high as 47.3° C followed by sports complex in Akshardham which sizzled at 46.6°C, Najafgarh at 46.3°C, Pitampura 46.2°C, Ridge 45.7°C and Jafarpur (45.1°C).

The IMD forecasted no relief for Delhi until June 10 after which isolated rains are expected from the influence of a fresh western disturbance. Whereas the intensity of rainfall in the North-East and the southern peninsula is expected to increase from June 7 onwards. “In the northeastern parts, heavy rainfall is expected. Assam, Meghalaya and Arunachal Pradesh have been issued warnings,” Jenamani said.

In case the maximum temperature is upwards of 40°C and 4 degrees above normal for two consecutive days, the heatwave over the plains will continue.