IMD has issued weather alert for extreme cold conditions in various regions of North India. It has also issued red alert in several states for the next 2 days. 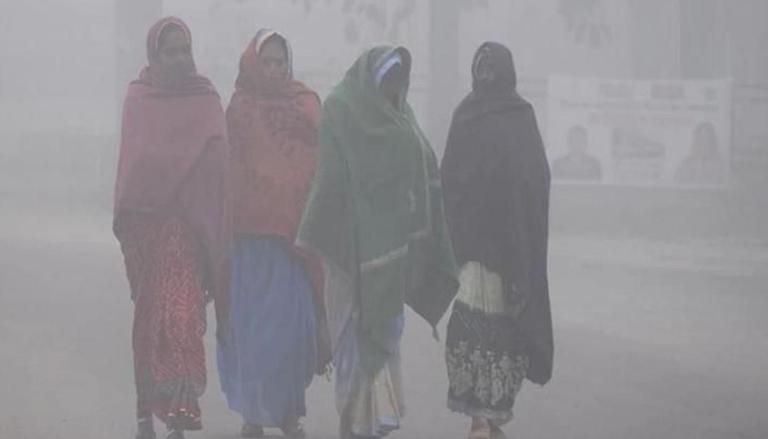 
Hyderabad has been issued a 5-day yellow weather warning by the India Meteorological Department (IMD). According to IMD, the city's minimum temperature will likely range from 11 to 15 degrees Celsius for the next few days, with isolated areas seeing even lower temperatures. Meanwhile, due to lessening of northerly winds in the last 24 hours, night temperatures rose in areas of Rajasthan, providing relief to residents who had been suffering from the chilly spell. Temperatures are expected to rise much further in the following 24 hours, according to the weather update.

The India Meteorological Department (IMD) has issued a red alert for this week, predicting a 'cold wave to severe cold wave' in numerous states and union territories. For the next two days, states like Delhi, Rajasthan, and Madhya Pradesh are anticipated to witness bitterly chilly temperatures. Meanwhile, temperatures will rise by 3-5°C in some parts of Northwest India, and by about 2-4°C in Central and East India and Maharashtra. Between December 22 and 25, two Western Disturbances are likely to bring light to moderate rainfall and snowfall to the western Himalayan region, according to IMD.

Due to the easing of northerly winds in the last 24 hours, night temperatures rose in areas of Rajasthan, providing relief to residents who had been suffering from a chilly spell. Temperatures are expected to rise much further in the following 24 hours, according to the meteorological agency. In the last 48 hours, nighttime temperatures have risen by three to five degrees. There was a severe cold wave at Fatehpur, as well as cold wave conditions in a few other localities. As the fierce northerly winds have lessened, the temperatures have risen, a source confirmed.

Dense fog in the morning hours in isolated pockets very likely over Punjab and Haryana during 23rd - 26th and over West Rajasthan during 24th-26th December, 2021.

Chillai Kalan is a Persian word that means "major cold." Chillai Kalan, the coldest season of the year, begun in Kashmir. With the arrival of 40 days of hard winter, frigid waves have engulfed numerous districts of Jammu and Kashmir. Delhi has also been witnessing heavy cold with temperatures rapidly dropping in the national capital and surrounding regions. Prepare to withstand bitterly cold weather, as the lowest (night) temperature in Odisha will not move significantly over the next three days. During the next three days, the minimum temperature would be 5 to 6 degrees Celsius below normal in the districts of interior Odisha and 4 to 5 degrees below normal in the districts of coastal Odisha, according to the India Meteorological Department (IMD).

Two Western Disturbances in quick succession, the 1st from 24th and 2nd from 26th December are very likely to influence northwest India.