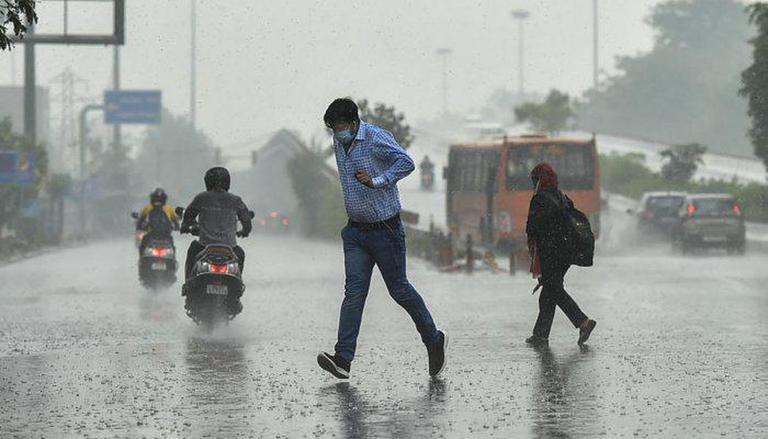 According to the IMD, gale winds with speeds reaching 45-55 kmph gusting to 65 kmph are likely to prevail over northwest & adjoining the west-central Bay of Bengal and along & off Odisha coast.

As Cyclone Jawad weakened into a Deep Depression at 17.30 hrs IST on December 4. It is about 180 km east-southeast of Vishakhapatnam (Andhra Pradesh), 260 km south of Gopalpur (Odisha, 330 km south-southwest of Puri (Odisha), and 420 km south-southwest of Paradip (Odisha). The storm is likely to move north-northwestwards, intensify further and reach the west-central Bay of Bengal off north Andhra Pradesh–south Odisha coasts by the morning of December 5.

According to the IMD report, "The Western Disturbance as a trough in mid & upper tropospheric westerlies with its axis at 5.8 km above mean sea level now runs roughly along with Long. 60°E to the north of Lat. 25°N".

READ | Deep depression over Bay of Bengal to intensify into 'Cyclone Jawad' in next 12 hours: IMD

In the subsequent days, isolated rainfall or snowfall is likely over Jammu & Kashmir, Ladakh, Gilgit-Baltistan & Muzaffarabad, and Arunachal Pradesh and. While isolated to scattered rainfall is likely to be experienced over south peninsular India and Lakshadweep Islands. The remaining parts of the country will experience dry weather.

Weather forecast for next 5 days

READ | Cyclone Jawad to make landfall at Puri on Dec 5, will move towards West Bengal: IMD