In J&K, More Than 350 Terrorists Neutralized After Abrogation Of Article 370: MoS Home 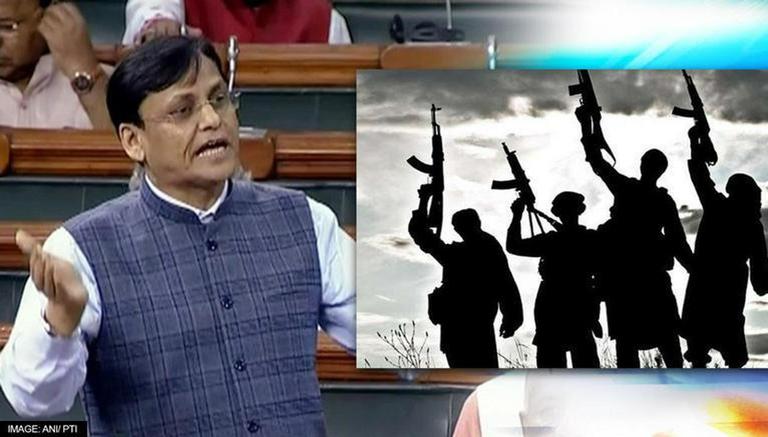 
In a major revelation, the Home Ministry in the parliament disclosed on Wednesday that Indian armed forces have neutralized more than 350 terrorists in the Kashmir valley since August 2019. Disclosing the figure, the Minister of State for Home Affairs Nityanand Rai addressed Rajya Sabha during the ongoing winter session in the Parliament and said that the security forces had counterpoised 366 terrorists since the abrogation of Article 370 in 2019.

The MoS Home Rai answered the queries raised by Congress MP Digvijay Singh in a written response in the upper house said, "366 terrorists killed, 96 Civilians also lost their life while 81 Security Forces (SFs) martyred in Kashmir after the repeal of Article 370 on 5th August 2019 till 30th November 2021."

He also highlighted another key milestone of the abrogation, which is that after the repeal of Article 370, no Kashmiri Pandit/Hindu has been displaced from the valley.

"However, recently some Kashmiri Pandit families, mostly women, and children, living in Kashmir have moved to the Jammu region. These families are of Govt. employees, many of whom, move to Jammu in winter as part of the movement of officials and the winter vacation in educational institutions," he further added.

Earlier on Tuesday, Rai informed Lok Sabha that the central investigating agencies have been able to expose 64 cases of illegal supply of funds for terrorism since 2018. He further elaborated on the cases lodged under the Prevention of Money Laundering Act (2002) (PMLA) and charge sheets filed by the agencies and informed that the centre has attached around 250 moveable & immovable properties worth more than Rs 800 crores, under money laundering cases.

On details of the domestic and international attachment of assets and penalties under the PMLA and charge sheet filed by the probe agencies, MoS Home informed the Lower House, "Under provisions of the Money Laundering Act, 2002 (PMLA), the Enforcement Directorate is the Nodal Authority for investigation and prosecution of money laundering cases. The Enforcement Directorate has attached 250 (approximately) moveable and immoveable properties having a book value of Rs 881 crore (approx), which include properties worth Rs 677.73 crore (approximately) in India and Rs 203.27 crore (approximately) abroad."

Minister of State for Home, further informed the lower house that under the Prevention of Money Laundering Act, a total of 24  (charge-sheets) have been submitted.