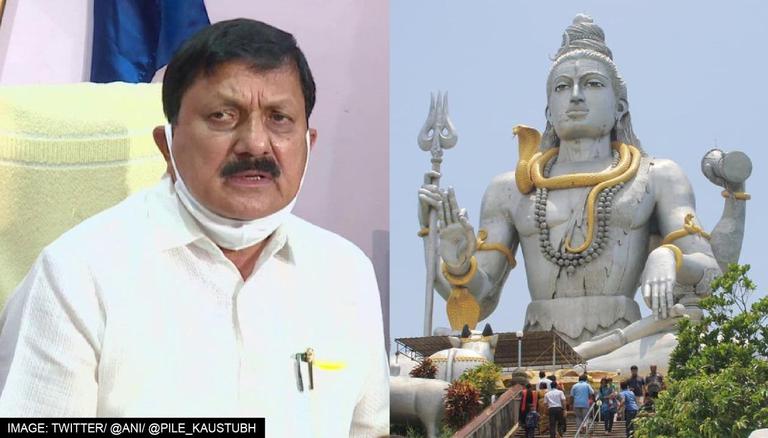 
Security was beefed up in Karnataka's Murudeshwar in Uttara Kannada district after an online magazine of the terrorist organisation ISIS allegedly published a morphed image of Lord Shiva idol located in the town and issued a threat message. The image of Lord Shiva which has been used in the ISIS online magazine is located in Murudeshwara town beach of Uttara Kannada district in Karnataka. It is a very famous pilgrimage site. The Lord Shiva photo has been edited to replace the head of the idol with an image of an ISIS flag and carried on the cover page of "Voice of Hind", an India-centric online propaganda magazine for ISIS.

Furthermore, ISIS attempted to create communal disharmony by stating, "Muslims were being targeted in Tripura and the community has to take revenge by breaking False Gods (sic)". As per reports, the image posted by ISIS has gone viral and created a tense situation in the communally sensitive coastal district of Uttara Kannada in Karnataka. Now, Karnataka Home Minister Araga Jnanendra has taken cognizance of the matter and has ordered the security in the district to be beefed up.

"We took a note of it. We have given full protection to the temple after talking to senior police officers. We have also instructed them to investigate from where and how it was been uploaded," said Karnataka Home Minister Araga Jnanendra

Furthermore, Araga Jnanendra said that if it is required the administration would also reach out to the NIA once the state police examine the ongoing situation. The Karnataka Home Minister also warned that those who try to spoil the mood the society will not go unpunished.

"We will ensure that these kinds of people don't reach that place. If it is required we will talk to them(discussed with NIA). Our police officer will examine if we require to speak to them(NIA) if it is required we will take their help. We are investigating the case CEN(Cyber Crime, Economic offense, and Narcotics) police help also been taken. We always take these kinds of case very seriously. These are cases that will spoil the law and order situation. Spoil the mindset of our society, we won't let it go easily."