Republic TV has accessed the petition by CBI Director Alok Verma in the Supreme Court seeking quashing of his being put on leave, which is to be heard on Friday.

Republic TV has accessed the petition by CBI Director Alok Verma in the Supreme Court seeking quashing of his being put on leave, which is to be heard on Friday.

The petition lists Alok Kumar Verma IPS as petitioner and the Union of India (Department of Personnel and Training) and the Central Vigilance Commission as respondents, and addresses Rakesh Asthana in its synopsis:

"The petitioner is a senior member of the Indian Police Service with an impeccable and unblemished record for over 35 years. It was due to this that the petitioner was appointed as Director of the premier investigating agency the CBI in January 2017 for a statutory two year term."

"However, as the CBI is expected to function completely independently and autonomously, there are bound to be occasions when certain investigations into high functionaries do not take the direction that may be desirable to the government. Over the recent past, although all functionaries within the CBI from the Investigating Officer and the Superintending Officers up to the Joint Director and the Director have agreed on a certain course of action, the Special Director has been of a different view. The hurdles posed by this individual have not been compounded by his complicity in concocting evidence to impugn the reputation of the petitioner, which has led to a separate FIR being registered by the CBI, which has been challenged by him in the High Court of Delhi."

The petition goes on to call the CVC and government's overnight decision to divest Alok Verma of his role as CBI Director as "patently illegal", and lists the following reasons:

Over the course of the petition, the following is stated about Rakesh Asthana, the now on-leave CBI Special Director:

It also refers to a Supreme Court judgment regarding the importance of the police force being independent from external influence:

"The supervision and control has to be such that it ensures that the Police serves the people without any regard, whatsoever, to the status and position of any person while investigating a crime or taking preventive measures."

At the end, it states the following prayer:

The petition, which will be heard by the Supreme Court on Friday, comes against the backdrop of the government heeding the CVC's recommendations and taking action on the internal war that has engulfed the CBI, by sending Director Alok Verma and Special Director Rakesh Asthana on leave. Joint Director K Nageshwar Rao will handle the duties of the Director CBI in the interim. Meanwhile, a new team has been put in place to handle the Rakesh Asthana case, after the government decided to transfer the previous Investigating Officer, Ajay Bassi, to Port Blair. The new team that will probe the Asthana case will comprise Satish Dagar SP, Tarun Gauba DIG and V Murugesan Joint Director, among others.

Here is the complete petition: 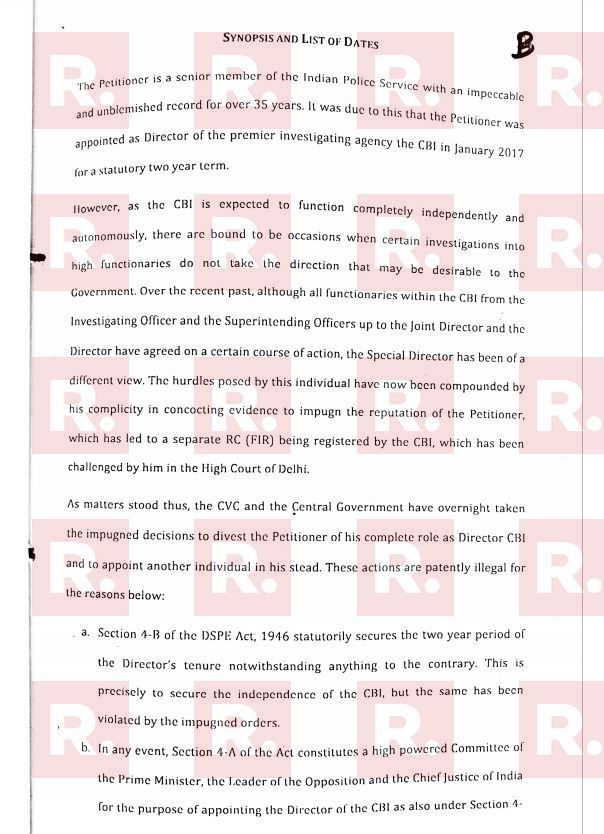 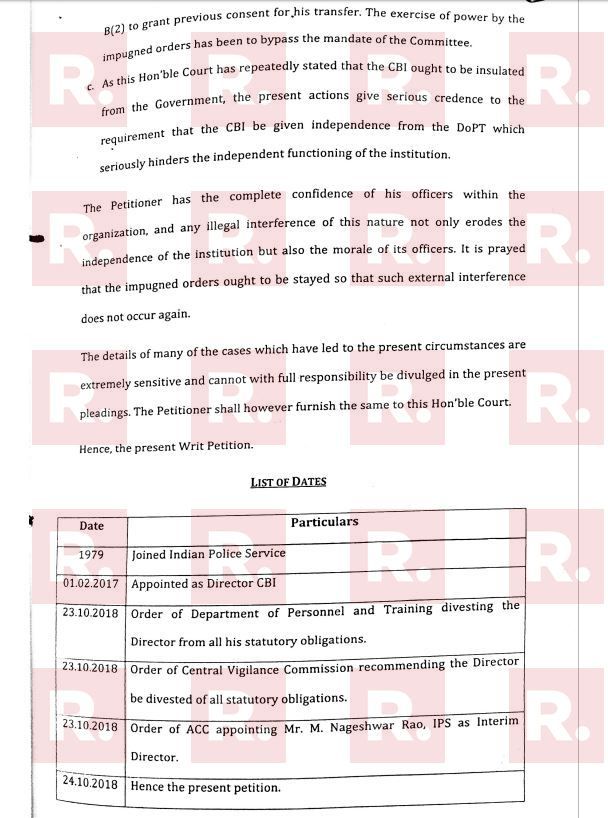 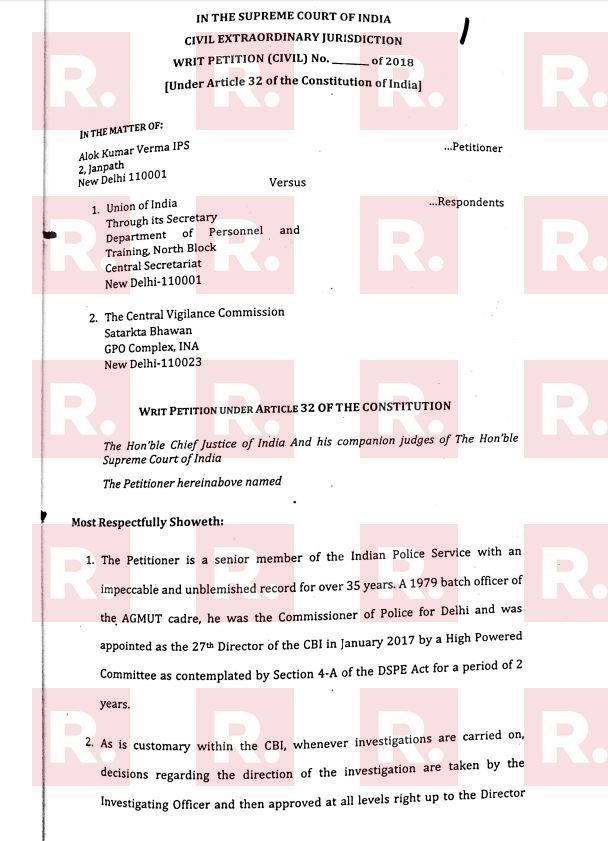 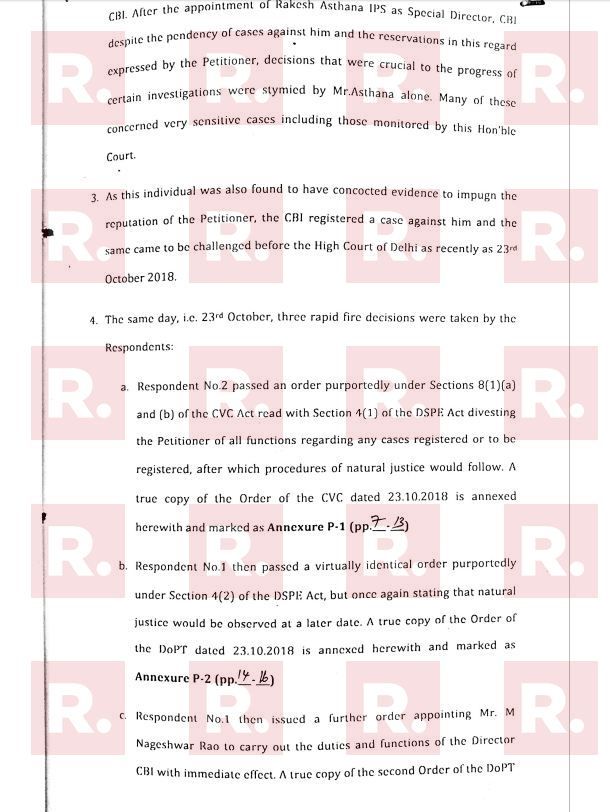 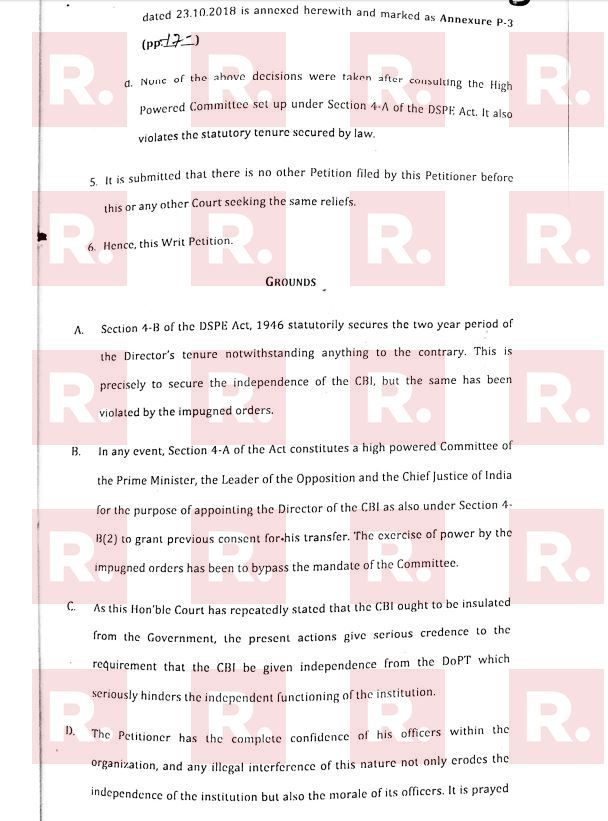 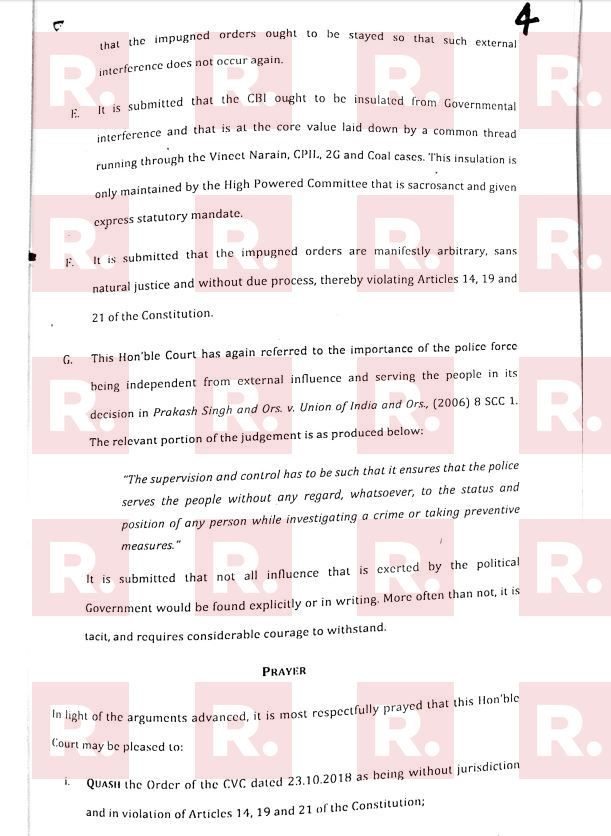 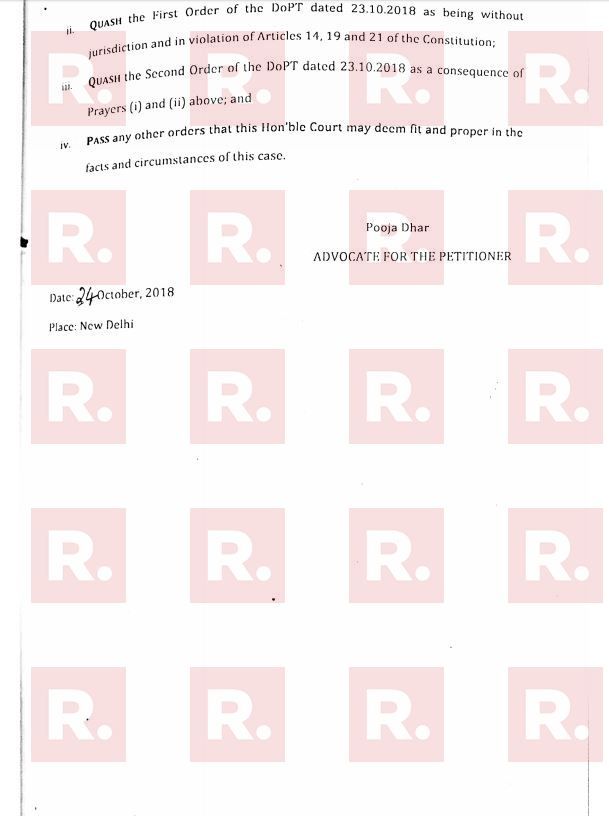 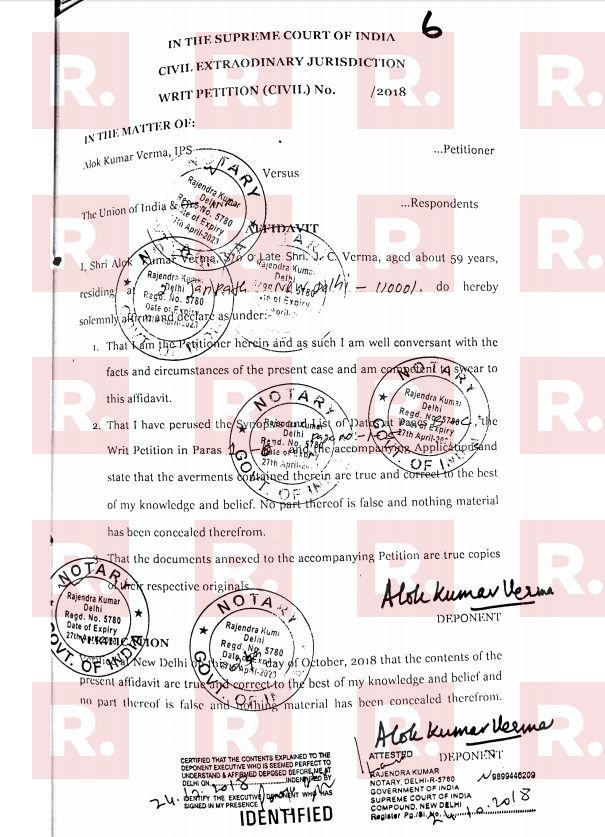