A government primary school headmistress Geetharani forced Class 4 students from an SC community to clean the bathrooms and the water tank on the premises. 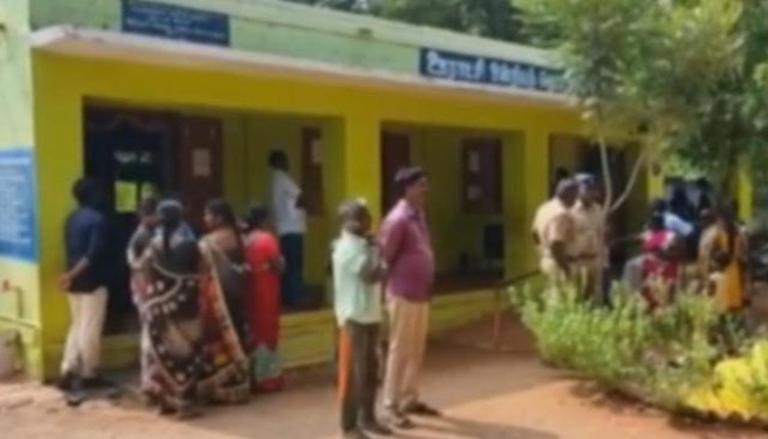 
On Thursday, December 1, the headmistress Geetharani of the primary school (Government) in Perundurai near Tamil Nadu's Erode was suspended for making students clean the toilets on the premises.

According to sources, children from a Scheduled Caste community, studying in Class 4 at a government primary school in Erode were allegedly made to clean the bathroom and the water tank using bleaching powder on a regular basis.

The headmistress of the school was suspended and booked under the Scheduled Tribes (Prevention of Atrocities) Act after the issue came to light. The incident was discovered after one of the students in the school was admitted to the Perundurai government hospital.

According to the police, the student was diagnosed with dengue. While trying to ascertain how he got the disease, the boy revealed to his parents that he was asked to bleach the toilets by the headmistress. According to police, the child developed a fever after cleaning the restroom, as mosquitoes reportedly bit him during the task he was forced to do on November 21.

Parents of the students staged a protest at the school and demanded that the headmistress be arrested. Soon after, the student's mother took the matter up with the Erode District Collector H Krishnanunni who directed the Education Department to take action in this regard.

Later, an inquiry was held and revealed that the six students were told to clean the two toilets, one used by teachers and the other by students. Following this, the education department ordered the headmistress to appear before it, but she reportedly absconded. Meanwhile, the mother of another student lodged a complaint with the police. A case has been registered in this regard. A search is on for the absconding school head, the police added.