The Delhi Police said they have been coordinating training sessions with the IAF, NSG and the DRDO to combat any possible terror strike or security threat 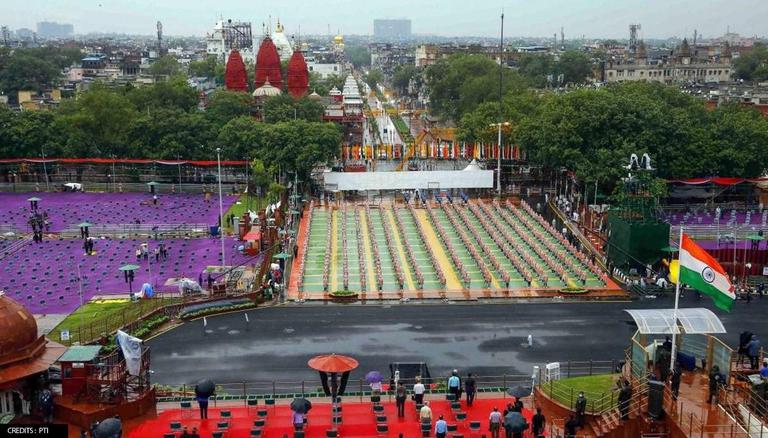 
Keeping in view security arrangements at the Red Fort in Delhi prior to the Independence Day celebration, the Delhi Police on Wednesday said that there will be a '360-degree' drone coverage to counter any unpleasant happenings at the Red Fort on the day.

Delhi Police's Additional DCP (North) Anita Roy said that the police have been training on ways to counter anti-drone challenges and any other unpleasant or unfriendly objects that disturb the pivotal celebration. "We have been training our staff to counter anti-drone challenge. They are also being instructed on ways to combat any distressing or displeasing happening on the important day," she said.

Roy added that they have been coordinating training sessions with the Indian Air Force (IAF), National Security Guards (NSG), Defence Research and Development (DRDO). 'We will be conducting a 360-degree anti-drone coverage on the day of the Independence of the country at the Red Fort.'

She further added that deployment of staff for security checks has been in force for two months now and that Internal checks at Markets near Chandni Chowk area and inside Red Fort are being done.

Speaking about the visitors' count for Independence Day, Roy said, "The traditional arrangement with the presence of school students. invitees, over 10,000 general public will be scaled down by 50 percent for August 15."

Triple-layer security setting to be executed

When asked about the security plan at the Red Fort on Independence Day, ADCP Roy said that there will be a triple-layer arrangement for security, wherein along with the state borders, all roads leading to Red Fort and the close vicinity of the heritage monument will be barricaded and blocked from the point of view of being breached by any protest, as was the case on Republic Day. "The barricading will continue till late in the evening, even after the event is over," she said.

Archaeological Survey of India in the meantime has notified that the Red Fort would be shut for the public from July 21 to August 15 till the Independence Day celebrations.