As India marks 75 years of Independence, here's a look at the battles India fought; how it changed the nation's strategy to be 'Aatmanirbhar' in Defence sector. 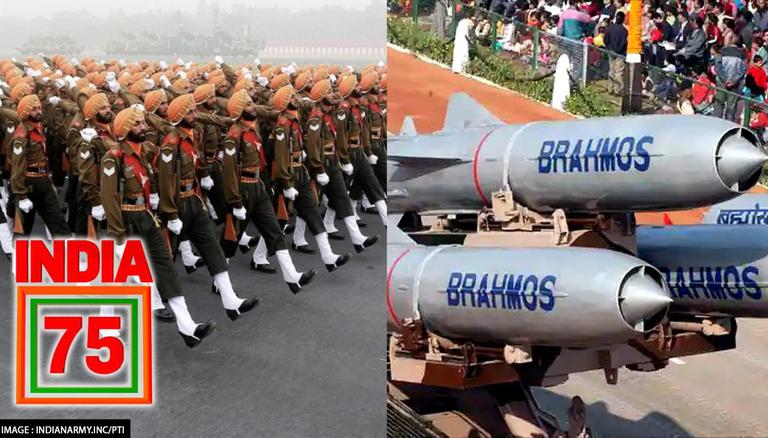 
'At the stroke of the midnight hour, when the world sleeps, India will awake to life and freedom,' the words from the first PM Jawaharlal Nehru still reverberate in the ears of the ones who witnessed the historic feat of India achieving independence. From that day in 1947 to this day 75 years later, the country is not just celebrating its 75th year of independence from the British Raj but also 75 years of resilience and growth in different sectors. India indeed awoke to freedom on the 15th of August 1947.

Speaking about the Defence sector, today the country not only imports weapons and modern technology but has also started exporting it under PM Modi's pet projects 'Make In India' and 'Aatmanirbhar Bharat.' Let's explore the growth of Indian Defence through the years as the nation celebrates 'Azadi ka Amrit Mahotsav.'

Role of Army after India's Freedom

From the 'sepoy mutiny' or commonly known as the 'First war of Independence' (a term coined by Veer Savarkar) in 1857 to the final battle on seas by the Royal Navy, the role of Indian Defence in fighting for freedom cannot be neglected. Even after India got Independence, the role of the Indian Army continued as the nation worked to convince the princely states to merge with the mainland.

READ | India 75: A look at top sporting glories for India since Independence

Despite being referred to as "Police Action," the Army made a significant contribution to ending the internal conflict in the State of Hyderabad and re-establishing law and order. In September 1948, the Indian Army, which was at the time heavily involved in operations in Kashmir, was driven into a brief, 100-hour conflict by local rebel forces from Hyderabad known as "Razakars," who resorted to widespread violence and theft. Under the guise of "Operation Polo," Indian soldiers entered the State from several cardinal directions and used little to no force to settle disputes amicably.

Furthermore, the Indian forces also settled the growing violence in Kashmir, Goa, and Daman and Diu. In fact, the Army liberated the states of the Western coast i.e. Goa, Daman and Diu from the clutches of the Portuguese more than a decade post-independence in 1961. Apart from marking Independence Day on August 15, the state of Goa and the Union Territory of Daman and Diu celebrate their Liberation Day on December 19.

Through the years, Indians have slept soundly as they know that the air, sea and land borders of the country are well guarded by one of the best defence forces in the world. Talking briefly about history, the Indian Army was actively involved in both World War 1 and World War 2. Around 1.5 lakhs soldiers lost their lives as they fought in the World Wars.

Even Post-Independence, Indian soldiers continue to face and overcome challenging situations. Just after getting freedom from the Brits, the country was forced into war with their new neighbour Pakistan in 1947-48 over the Jammu and Kashmir issue. Not learning from their mistakes, Pakistan reinstigated the Indian state in 1965, 1971 and 1999. Pakistan was strongly defeated in all battles that they started. Importantly after the 1971 war, East Pakistan was declared free and was renamed Bangladesh.

The outcome of the Sino-Indian War in 1962 prompted Pakistan to look for a military solution to the Kashmir issue: A modernised Army, to which the United States had made large contributions, increased Pakistan's confidence. Pakistan had managed to surpass India in armour, artillery, and air power by 1965. This feeling of supremacy led her to prepare for war in Kashmir in 1965. There were three phases of the programme. The Rann of Kutch served as a first-phase reaction test for the Indian people. In Kashmir, unrest was stoked during the second phase to weaken Indian control. In the third phase, the supply route in Jammu's Chhamb-Jaurian sector was sealed in an effort to contain the Indian Army in Kashmir.

War of 1971 and the creation of Bangladesh

The Awami League called for independence for East Pakistan (currently Bangladesh) after winning an absolute majority in the elections of 1971. West Pakistan's military leaders retaliated with a military purge and persecution. As a result, 10 million East Pakistanis migrated to India. The Indian economy was negatively impacted by this. In order to allow the refugees to return to their homes in East Bengal, India requested that Pakistan establish the necessary circumstances. By invading India on December 3, 1971, Pakistan attempted to globalise the problem. The eastern and western fronts of the conflict were both active. India employed an offensive strategy on the eastern front and a defensive approach on the western front.

More than 12,000 Indians lost their lives during this battle. 2,908 people gave their lives in service to the nation. The Indian Army honoured 600 commanders and soldiers with gallantry awards. 4 Param Vir Chakra, 76 Maha Vir Chakra and 513 Vir Chakra were awarded to the soldiers who bravely fought and won the war.

The conflict lasted 14 days. Around 93,000 Pakistani personnel were taken prisoner after being soundly beaten in East Pakistan (now Bangladesh). Indian forces had taken over a sizable portion of Pakistani land in the west. At 16:31 on December 16th, Pakistani soldiers unconditionally submitted, bringing an end to the battle on the eastern front. Following this, Indira Gandhi, the then Prime Minister of India, made a unilateral ceasefire declaration that took effect at midnight on December 17, 1971. The remaining issues from the war were resolved by the Simla Agreement, which was signed by the then president of Pakistan Zulfikar Ali Bhutto and the Indian PM on July 2, 1972.

Make-in-India and roadmap ahead

India also realised that to fight the war, the country needs to overcome the dependency on other nations for war equipment and be self-reliant. Owing to instability at the borders and the wars, India realised the importance of being self-reliant in the defence sector. Under PM Modi, the country launched its Make-in-India initiative and since its inception, the growth of India's exports in defence has grown multiple folds. Statistically speaking, according to data by Mint in 2014-15, the country exported $254 million dollars worth of defence equipment and comparing that to last year, i.e 2020-21, India exported 1,106 million dollars of Defence equipment.

Research and development are essential for establishing self-reliance in the Defence industry, Union Defence Minister Rajnath Singh had stated earlier. The most significant element of Aatmanirbharta, according to researchers, is self-reliance in the defence industry. Economic, technological, and philosophical connections can be found in domestic weapon manufacture. Aatmanirbhar Bharat Abhiyan is projected to assist India in becoming self-reliant in the production of defence equipment, which is a requirement for India to become a global superpower.

The delivery of diverse equipment that is extensively used by India's armed forces has been made possible by the Make in India programme. According to The Defence Acquisition Procedure, the Indian government approved Acceptance of Necessity for approximately 150 proposals totalling Rs. 2,47,515 crore (US$ 32.4 billion) across various capital procurement categories between 2018 and 2021. (DAP- 2020).

A total of 191 capital acquisition agreements were signed between January 2018 and January 2022, and over 121 of those agreements were with Indian vendors for the purchase of defence equipment for the armed services. By fostering innovation and opening doors to new ideas, the Make in India movement will improve clarity, trust, expertise, value, and consistency while also generating employment and chances for the integration of the necessary skills.

A roadmap for improving and building a thriving ecosystem through R&D, domestic manufacturing, contemporary technology, etc. may be found in the Union Budget 2022–23. The Aatmanirbhar Bharat Abhiyan will give start-ups and private sector businesses several chances to highlight their home talents.

The mediation role played by the government will assist to streamline the procedures and grow the industry. To attain self-reliance and the US$ 5 trillion economic aim, the industry must collaborate with the government. India is becoming increasingly aware of the necessity of independence. The nation is actively enhancing its internal defence capabilities while substantially lowering its reliance on imports.