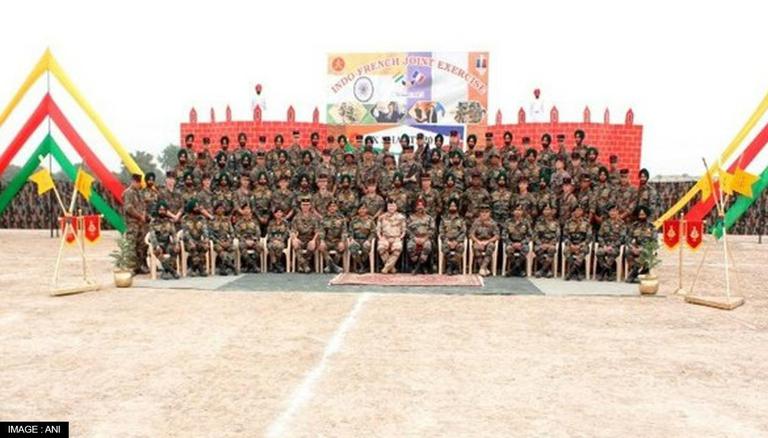 
India and France will be jointly conducting the 6th edition of the Indo-France Joint Military Exercise, called “EX SHAKTI 2021,” commencing November 15. Both the countries will be participating in the three biennial training exercises namely- GARUDA, VARUNA & SHAKTI.

The 6th Edition of the biennial training exercise "EX SHAKTI 2021" will take place in Frejus, France, from November 15 to November 26. In this bilateral exercise, the Indian Army is represented by a platoon from the Gorkha Rifles Infantry Battalion, while the French side is represented by troops from the 21st Marine Infantry Regiment of the 6th Light Armoured Brigade.

With a glorious history of 68 years, the Indian contingent of Gorkha Rifles has a rich tradition distinguished by military heroism and tremendous sacrifices. They were awarded the Battle Honour SHINGO River Valley and the Theatre Honour of Jammu & Kashmir for their contributions during the 1971 war.

The French Army contingent was formed in 1831 as the 2nd Marine Regiment, and in 1901 it was renamed the 21st Marine Infantry Regiment. It has a long and famous operational history of more than 120 years, and have taken part in all of the French Army's major wars. The regiment specialises in amphibious warfare and has vast experience of operations in Africa, Yugoslavia, Afghanistan, and Mali, among other places.

Under a United Nations mandate, Exercise SHAKTI will focus on counter-terrorism operations in semi-urban terrain to improve military cooperation and interoperability between the armies of the two nations.

From 31 October to 13 November 2019, the last edition of Exercise SHAKTI was held at the Foreign Training Node in Mahajan Field Firing Ranges, Rajasthan, where counter-terrorism operations in a semi-desert environment were practised and evaluated. In the 5th edition of the SHAKTI exercise in 2019, Brigadier P.S.Cheema had said, "The shared commitment to democracy, pluralism and multilateralism is another important dimension of the bilateral relations and global responsibilities between India and France.”

He also said to ANI, "We share perspectives about countering terrorism with a firm conviction and our great armies have proved their mettle in the past. We have a lot to learn from each other especially in our approach towards handling the modern-day challenges posed by global terrorism."