India took the Presidency of the United Nations Security Council on August 1, and the country would host three major events during the month. 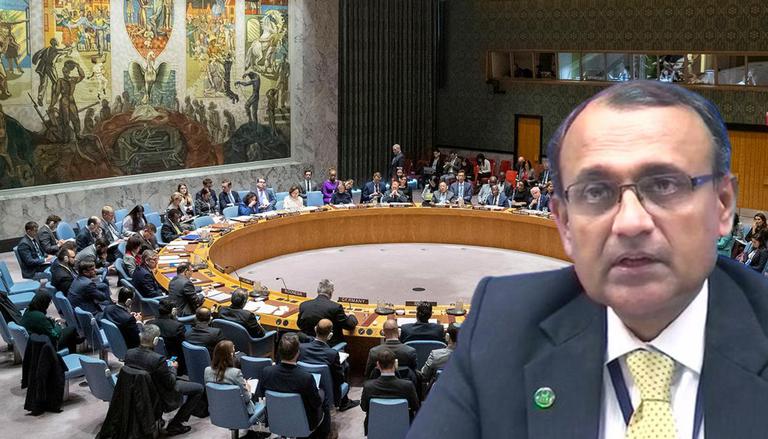 
India assumed the Presidency of the United Nations Security Council on Sunday, August 1, and during the month, it would hold landmark events in three important areas: maritime security, peacekeeping, and counterterrorism. TS Tirumurti, India's UN Ambassador, has expressed gratitude to France for all of its assistance to India during its stint in the Security Council.

India assumes presidency of The UNSC

"India has just assumed the presidency of The UN Security Council on 1st August. India and France enjoy historical and close relations. I thank France for all the support which they've given us during our stint in the Security Council," said TS Tirumurti.

READ | Countries should enhance their efforts and ambitions to achieve climate goals: UN

India has just assumed the presidency of The UN Security Council on 1st August. India and France enjoy historical and close relations. I thank France for all the support which they've given us during our stint in the Security Council: Ambassador of India to UN, TS Tirumurti pic.twitter.com/ongt8ujLz4

On the eve of India taking over the rotating Presidency of the powerful 15-nation UN organisation, India's Permanent Representative to the UN, Ambassador TS Tirumurti, said in a video message "It is a singular honour for us to be presiding over the Security Council the same month when we are celebrating our 75th Independence Day."

India to preside over the UNSC

Tirumurti said in a video message on Saturday that maritime security is a top priority for India, and that the Security Council should adopt a holistic approach to the issue. "Given our long and pioneering role in peacekeeping, it is a matter"near to our hearts." India will focus on how to improve the safety of peacekeepers, particularly via the use of better technology, as well as how to bring perpetrators of crimes against peacekeepers to justice, he said.

India will continue to keep the spotlight on counterterrorism as a country that has been at the forefront of the fight against terrorism. Tirumurti stated that in the last seven months of India's presidency of the UN, "we have taken a principled and forward-looking position on various issues. We have been unafraid of shouldering responsibilities. We have been proactive. We have focused on issues of our priority. We have made efforts to bridge the different voices within the Council to ensure that the Council comes together and speaks in one voice on a variety of important issues of the day. This is what we will bring into our Presidency."

WE RECOMMEND
India to preside over UNSC ahead of Independence Day; TS Tirumurthi calls it an 'honour'
India welcomes decision by Australian authorities to return Indian artefacts
India to prioritize Anti-Terrorism & Maritime security during UNSC presidency from August
Kiren Rijiju urges PV Sindhu not to be gutted, says 'India is proud of your achievements'
India-China 12th Corps Commander-level talks over Eastern Ladakh conclude after 9 hours