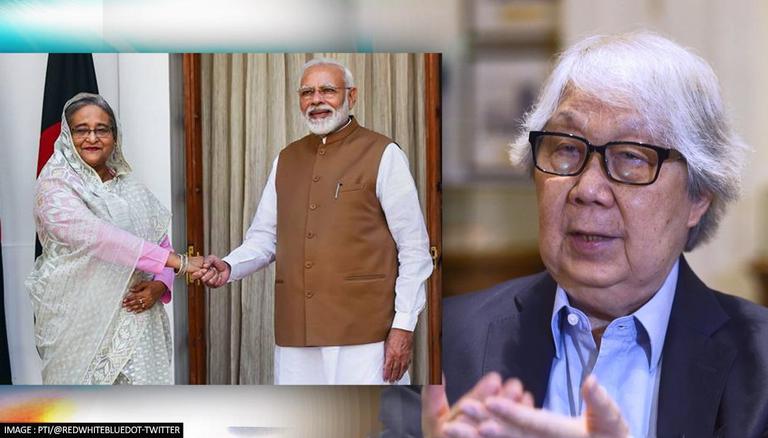 
Hailing the India-Bangladesh ties and calling it a "precious achievement", Singapore's Ambassador-at-Large Tommy Koh said that if all the countries can live in harmony with their neighbours, it would lead to a major contribution towards peace. Tommy Koh who was speaking at an event organised at Mahatma Gandhi Memorial Hall in Singapore to celebrate 'Maitri Diwas' further lauded India and Bangladesh for having 50 years of good bilateral relations and said that this achievement is worthy of celebration.

Speaking of Singapore's relationship with both India and Bangladesh, he said, "Singapore has a very good relation with both Bangladesh and India. So, we are happy to join in this celebration." Koh further added that both the countries are good neighbours and it should be celebrated that they have enjoyed 50 years of a good relationship.

He also spoke on the other factors that have connected both India and Bangladesh and said that language, literature, and songs play a major role in uniting the people of both countries. Apart from that, the national anthems of India and Bangladesh were also composed by the same person, Rabindranath Tagore.

Meanwhile expressing his appreciation towards the event organised at the Mahatma Gandhi Memorial Hall, Koh noted that Gandhi was his childhood inspiration and continues to inspire people around the world.

Maitri Diwas which marks the recognition of the newly-formed country, Bangladesh by India in 1971 was celebrated across 18 countries on Monday. As a part of it, the event was also organised in Singapore at the Mahatma Gandhi Memorial Hall. While several officials including Indian High Commissioner P Kumaran and Bangladesh envoy Md Tauhedul Islam were also present at the event.

Apart from that, a short documentary film on Mahatma Gandhi and Sheikh Mujibur Rahman titled 'Tumi Amader Pita' (You are our father) was also screened at the event.