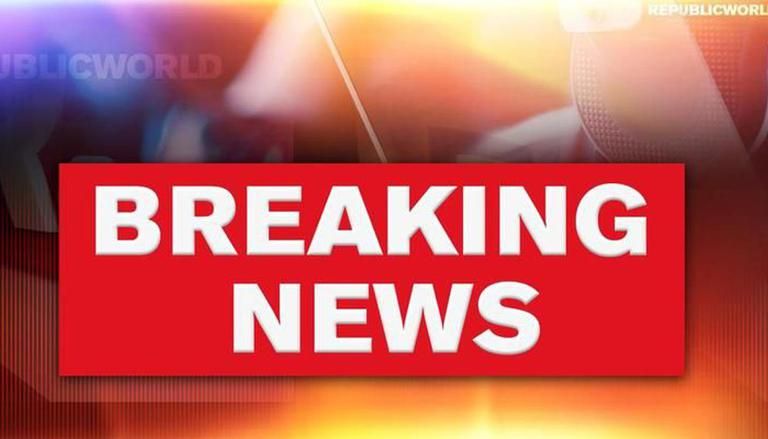 Union Home Minister Amit Shah on Sunday visited the India-Pakistan International Border where he was briefed by the Border Security Force (BSF) ADG and other officials over PAK Terror Tunnel Module through which Pakistan usually pushes terrorists into the Indian territory.

The Union Home Minister also visited and inspected three Army Bunkers later in the day and met the families and the residents at the international border. He took to Twitter and wrote, "Visited Maqwal, the last village on the border of India in Jammu, to know the condition of the villagers."

NCB Zonal Director Sameer Wankhede, who is at centre of a political storm over the recent drugs bust case, wrote a letter to Mumbai Police Commissioner Hemant Nagrale on Sunday, requesting him to "ensure that no precipitate legal action is carried out to frame him with ulterior motives."

In his letter to the CP, Wankhede stated that some precipitate legal action was being taken to frame him falsely in connection with bribery allegations of an independent witness in the Aryan Khan case. He further mentioned that threat of jail and dismissal have been issued against him by highly respectable public functionaries.

The Narcotics Control Bureau announced on Sunday that it will investigate the bribery allegations leveled by a witness against its Zonal Director Sameer Wankhede in the Aryan Khan case. NCB's Deputy Director General (DDG) Mutha Jain is expected to record Wankhede's statement while vigilance head Gyaneshwar Singh will carry out the investigation. He will analyze the evidence against Wankhede if any and will make a comprehensive report to file before NCB Director General SN Pradhan.

In a sensational development to the Aryan Khan case, an independent witness has alleged that a private detective of the Narcotics Control Bureau demanded Rs 25 crores from Bollywood actor Shah Rukh Khan to release his son.

In an affidavit, Prabhakar Sail alleged that KP Gosavi spoke to Sam on the phone and asked him to demand "Rs 25 crores (from SRK) and later settle at 18 crores because they have to give 8 crores to Sameer Wankhede." Gosavi is the same detective whose selfie with Aryan Khan had gone viral following the latter's arrest.

NCB Zonal director Sameer Wankhede however has flatly denied Prabhakar's allegations. In a statement released on Sunday, the Narcotics Control Bureau has released a statement on the witness' allegations against.

Union Home Minister Amit Shah announced on Sunday that a metro network would come up after two years in Jammu and Srinagar, while airports are being upgraded at the moment.

Addressing a public rally in Jammu's Bhagwati Nagar area, Shah said Rs 12,000 crore worth of investment has already come to the union territory and the government aims to invest a total of Rs 51,000 crore by the end of 2022.

NCB Zonal Director Sameer Wankhede will hold a media conference to clarify his stand on the series of allegations levelled by the Nationalist Congress Party, following the Mumbai Cruise Drugs Bust, in which Aryan Khan was arrested. Wankhede has, on several occasions denied the extortion charges levelled by NCP's Nawab Malik.

NCB Zonal Director Sameer Wankhede has denied allegations stating a witness was made to sign blank papers and there was a level of extortion. NCB has said that allegations are baseless. Senior NCB officials are also expected to address media soon. 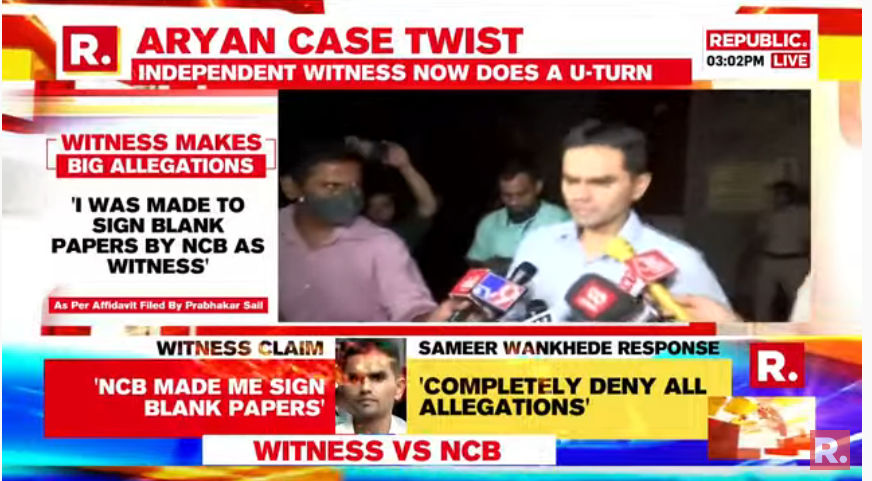 Ahead of his return to Patna six months after getting bail in a fodder scam case, RJD chief Lalu Prasad Yadav on Sunday, rubbished any alliance with Congress itself - burying the Mahagathbandhan. Slamming Congress' poor poll performance, he questioned if he was expected to give seats to Congress to lose. RJD's ally Congress has ended its 'Mahagathbandhan', announcing that it will contest on all 40 Lok Sabha seats in the 2024 elections.

#WATCH | Delhi: RJD leader Lalu Prasad Yadav speaks on the breaking of party's alliance with Congress in Bihar. He says, "What is Congress' alliance? Would we have left everything to Congress for a loss? For losing of deposits?"

The RJD leader will go to Patna. pic.twitter.com/3IZpa41zuU

In his first address after the abrogation of Article 370 in Jammu and Kashmir, Home Minister Amit Shah slammed those who asked for the math of what BJP has done in the Union Territory.

#LIVE | For years, injustice has been meted out to the people of Jammu; that time is now over: @AmitShah in Jammu

On day 2 of the Home Minister's three-day journey to Jammu and Kashmir, Amit Shah reached Jammu and initial visuals showed him understanding the facilities provided in the institution. The Home Minister will soon address a public rally.

Home Minister Amit Shah reached Jammu on the second day of his three day visit to the valley region. Several convoys were seen passing by the airport as the Home Minister landed. Several significant events are lined up including public address from IIT, Jammu. Meanwhile, the Home Minister is also scheduled to pay homage to Pulwama martyrs. 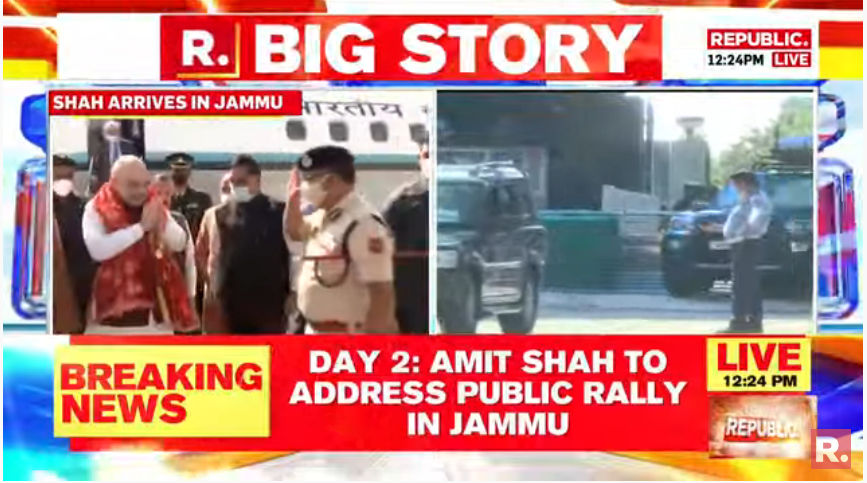 Frustrated with the Congress infighting in Punjab, Congress MP Manish Tewari on Sunday, stated that he had never seen this level of anarchy in Congress through his 40 years political career. Tewari slammed the open defiance of AICC, colleagues squabbling publicly with each other, guttural language against MLAs amid the Congress upheaval. Congress has been mired in infighting since Navjot Singh Sidhu rebelled against ex-CM Capt Amarinder Singh and now CM Charanjit Singh Channi. Punjab goes to polls in February 2022. 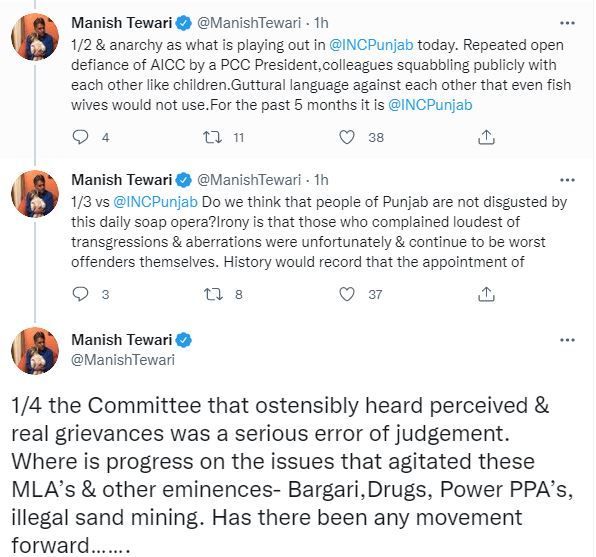 10:06 IST, October 24th 2021
Pakistani LeT terrorist could not be extracted from investigating site amid fresh encounter

A Pakistani LeT terrorist Zia Mustafa who was suspected of helping terrorists hiding in Poonch was taken to Bhata Durian for identification of terrorist hideout however fresh encounter broke out as terrorists fired upon the team of police & army personnel. Mustafa also sustained injuries & he could not be extracted from the site due to heavy fire, informed J&K Police.

Zia Mustafa, a Pakistani LeT terrorist was taken to Bhata Durian for identification of terrorist hideout during the ongoing operation in which 3 army jawans and a JCO were martyred: J&K Police

“We declare it open from today. This will help in boosting tourism and bring more investment in the Union Territory,” Shah said while inaugurating the flight service.

Wadia group-run airline Go First on Saturday commenced its direct passenger services to Sharjah in the UAE from Srinagar, becoming the first domestic carrier to provide direct international connectivity from the summer capital of Jammu & Kashmir.

While addressing an event in Guwahati, Chief of Defence Staff General Bipin Rawat gave a lecture describing India’s current geopolitical situation with all its neighbours. Speaking about China, CDS General Rawat said that China's continuous support for Pakistan by providing military equipment to facilitate violence in Pakistan-occupied Kashmir is a clear anti-India stand. He also said that China’s repeated investments in Myanmar are an attempt to reduce India’s influence in the country, which is a threat to the North-Eastern states as they have strong ties with the country.

In a major update to the ongoing encounter in Jammu and Kashmir's Poonch, security forces have found the involvement of jailed terrorist Zia Mustafa in aiding terrorists to enter the Union Territory.

Shockingly, Zia Mustafa was inside the Kot Bhalwal Central jail from where he managed a mobile phone and stayed in contact with terrorists explaining the routes to enter Kashmir. J&K security forces, after suspecting his role brought him to Mendhar on 10-day police remand for questioning. Currently, Mustafa's role is being investigated in connection with the ongoing encounters in Poonch, which entered day 13 on Sunday. As per on-ground information accessed by the Republic Media Network, Mustafa originally hailed from Pakistan occupied Kashmir (PoK) and entered India some 15 years ago via the Surankote border.

Reacting to Union Home Minister Amit Shah's visit to Jammu and Kashmir, former chief minister Farooq Abdullah said that it was 'imperative' amid the recent incidents of civilian killings in the Union Territory. The National Conference (NC) president said that amidst targeted civilian killing the visit from the Union Minister was demanded.

However, Abdullah slammed the Centre claiming that 900 youngsters, who were accused of stone-pelting in the past, were arrested ahead of Home Minister Amit Shah's visit.

Maharashtra Chief Minister Uddhav Thackeray admitted that former Mumbai Police Commissioner Param Bir had gone 'missing' as his whereabouts continue to remain a mystery. Addressing an inauguration event of the Aurangabad bench of the Bombay High Court, CM Uddhav Thackeray hit out at the former top cop in an indirect statement. Stating that 'a complainant' who had levelled grave charges had gone 'missing' in the state, Thackeray said that even in the absence of the accuser, the allegations were being looked into seriously. Chief Justice of India N V Ramana, Union Law Minister Kiren Rijiju, Supreme Court judge Justice D Y Chandrachud and others were present on the occasion.

09:11 IST, October 24th 2021
Amit Shah lashes out at terror sympathisers, says 'we will deal with them very strictly'

In an interaction with members of the Jammu and Kashmir Youth Club in Srinagar, on Saturday, Union Home Minister Amit Shah lambasted all the terror apologists, asserting they will be dealt with 'very strictly'.

While lashing out at the terror apologists, the HM stated, "A few people want to stop the development of Jammu and Kashmir. We will deal with them very strictly. I did not come here to answer the people who talk of the Pakistan language. I came here to have a dialogue with the youth."