India took down Pakistan at UNHRC session, adding that decision taken by govt on J&K are India's internal matter and no country is allowed to interfere in it

The MEA Secretary (East) maintained that India is taking measure to promote socio-economic equality and justice in Jammu and Kashmir. She added that with the recent legislative moves by the government, the progressive measures will be applicable to the people of newly formed Union Territories - J&K and Ladakh.

"My Government is taking affirmative action by adopting progressive policies to promote socio-economic equality and justice. As a result of recent legislative measures, these progressive measures will be fully applicable to our citizens of Jammu and Kashmir and Ladakh. These will end gender discrimination, better juvenile rights and make applicable the rights to education, information and work," Vijay Thakur Singh said in her statement.

No interference in internal affairs

Adding the decision to abrogate Article 370 was taken by the government after a debate in Parliament, she said that the move enjoys widespread support from across the world. Vijay Thakur Singh went on to give a stern stand on the interference of external elements in India's internal decisions. She also maintained that the situation is being eased out in Jammu and Kashmir by the administration gradually.

"The decision was taken by our Parliament after a fully televised debate and enjoys widespread support. These were sovereign decisions entirely internal to India. No country can accept interference in its internal affairs, certainly not in India. Despite challenging circumstances in Jammu and Kashmir civil administration is ensuring basic services, essential supplies, mobility and connectivity," she added.

India launched a veiled attack at Pakistan at UNHRC maintained that preventive measures were taken by the administration to ensure safety from cross-border terrorism, adding that it is important to speak out against terrorists and their supporters.

"The democratic process have been initiated, restrictions are eased continuously, preventive measures were needed to ensure security in the face of continuous threats of cross-border terrorism. The world in particular India has suffered greatly on account of state-sponsored terrorism. It is time to collectively take decisive and firm action against terror-groups who threaten the fundamental right to life. We must speak out, silence alone embolden terrorists and their supporters," the MEA Secretary (East) added.

Vijay Thakur Singh in her statement exposed the fake news and false allegations being spread by Pakistan on various occasions, hitting out at the neighbouring country as the "epicentre of global terrorism" for spreading "fabricated narrative".

"One delegation has given a running commentary with offensive rhetoric of false allegations and concocted charges against India. The world is aware that this fabricated narrative comes from the epicentre of global terrorism, where ring leaders were sheltered for years. This nation conducts cross-border terrorism as a form of ‘alternate diplomacy’," she added. 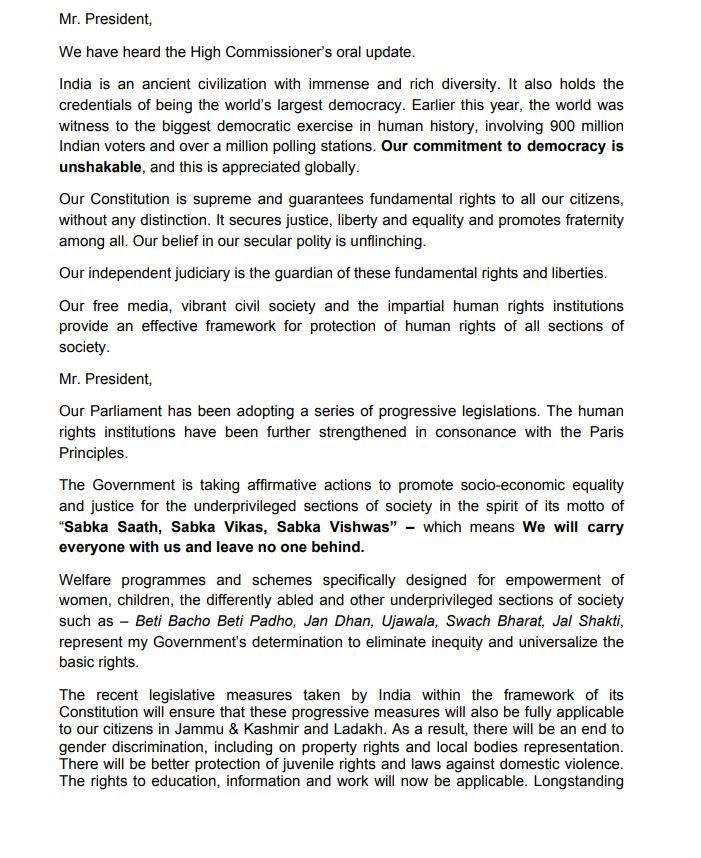 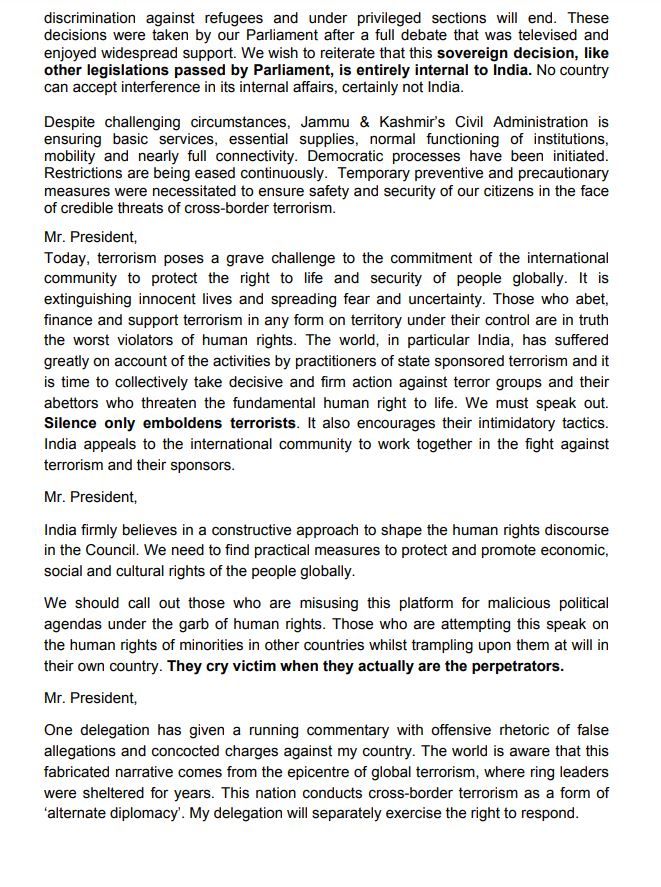 READ | Pakistan blurts it out, says 'Indian state Jammu and Kashmir' at UNHRC