India has issued a statement on remarks by UNHRC Chief Michelle Bachelet criticising curbs in Jammu and Kashmir (J&K) and the use of the UAPA. 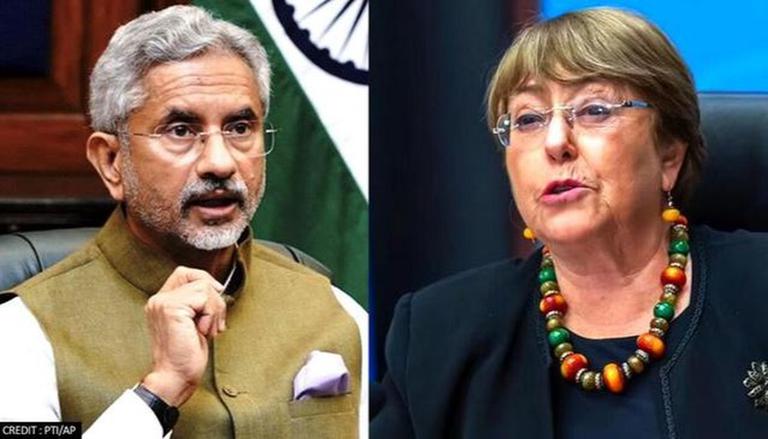 
India has issued a statement on remarks by United Nations Human Rights Chief Michelle Bachelet criticising curbs in Jammu and Kashmir, and the use of the Unlawful Activities (Prevention) Act. Expressing disappointment, India said that Bachelet's remarks do not reflect the ground reality.

India's Constitution enshrines basic human rights as fundamental rights, the statement said, adding that India has taken targeted policy measures to empower the most vulnerable segments of society. MEA Secretary (West) Reenat Sandhu said that Parliament, independent judiciary, vibrant media and civil society ensure full enjoyment of human rights to Indian citizens. She added that India has been at the forefront of the promotion and protection of human rights.

"India's approach to global promotion and protection of human rights is based on our own experience as a pluralistic and inclusive society and vibrant democracy. We believe that the promotion and protection of human rights are best pursued through dialogue, consultation and cooperation among States and through the provision of technical assistance and capacity building. Any shortcoming in upholding human rights must be addressed in a transparent and impartial manner, anchored in respect for national sovereignty and non-interference in internal affairs of States."

On the Afghanistan crisis, India said that the situation in the war-torn country continues to remain a grave concern. Reenat Sandhu stated that the international community must stand with the people of Afghanistan in their desire to live in peace and dignity.

UNHRC chief on Jammu and Kashmir

While acknowledging the Indian government's efforts to counter terrorism and promote development in Jammu and Kashmir, UN High Commissioner for Human Rights Michelle Bachelet described India's use of UAPA as worrying in Geneva. She also expressed concerns over temporary communication blackouts in the valley.

"Indian authorities" restrictions on public assembly and recurring short-term communication blackouts continue in the union territory, while "hundreds of people remain in detention for exercising their right to the freedom of expression, and journalists face ever-growing pressure," she had said.

"Ongoing use of the Unlawful Activities (Prevention) Act throughout India is worrying, with Jammu and Kashmir having among the highest number of cases in the country," the UNHRC chief said.