From ways to re-energize India, the existing scenario on the union of states, 30 hard-hitting discussions materialized concurrently at the India econonic summit

From ways to re-energize India, the existing scenario on the union of states, to the effective policies to promote nature conservation, more than 30 hard-hitting discussions materialized concurrently at the India economic summit 2019. Eminent personalities from every possible corner of India and abroad made their presence felt.

The summit has been hosting more than 800 leaders from 40 countries, comprising senior public figures and leading representatives from civil society, arts and culture, science, business, and academia. The two-day event is jointly organised by the Ministry of Commerce and Industry and industry body CII and is unfolding in the national capital of the nation. The theme of the summit 2019 is 'Innovating for India: Strengthening South Asia, Impacting the World'.

Excerpts from some of the popular discussions  that took place on 3rd October:

The discussion titled 'Re-energise India' which was moderated by the executive editor of Republic media network, Abhishek Kapoor, transpired very productively. Sumant Sinha, Managing director of Renew energy said,  "No matter how fast we need to renewable the energy, be it the PM Modi's target of 450GHz, the reality is it is going to account for only the 50% of it. Rest 50% will have to come from somewhere. Nuclear energy is not likely to happen. Hydro energy is not likely to happen, biochemical is only going to be a small of it. In that case we have only coal energy.  We will continue to be the country who produces coal. Does it go against the climate change targets that we have set, the answer is it doesn't. The govt has been very prudent and practical about how they have set the targets." - On whether India gets to choose to produce coal energy? 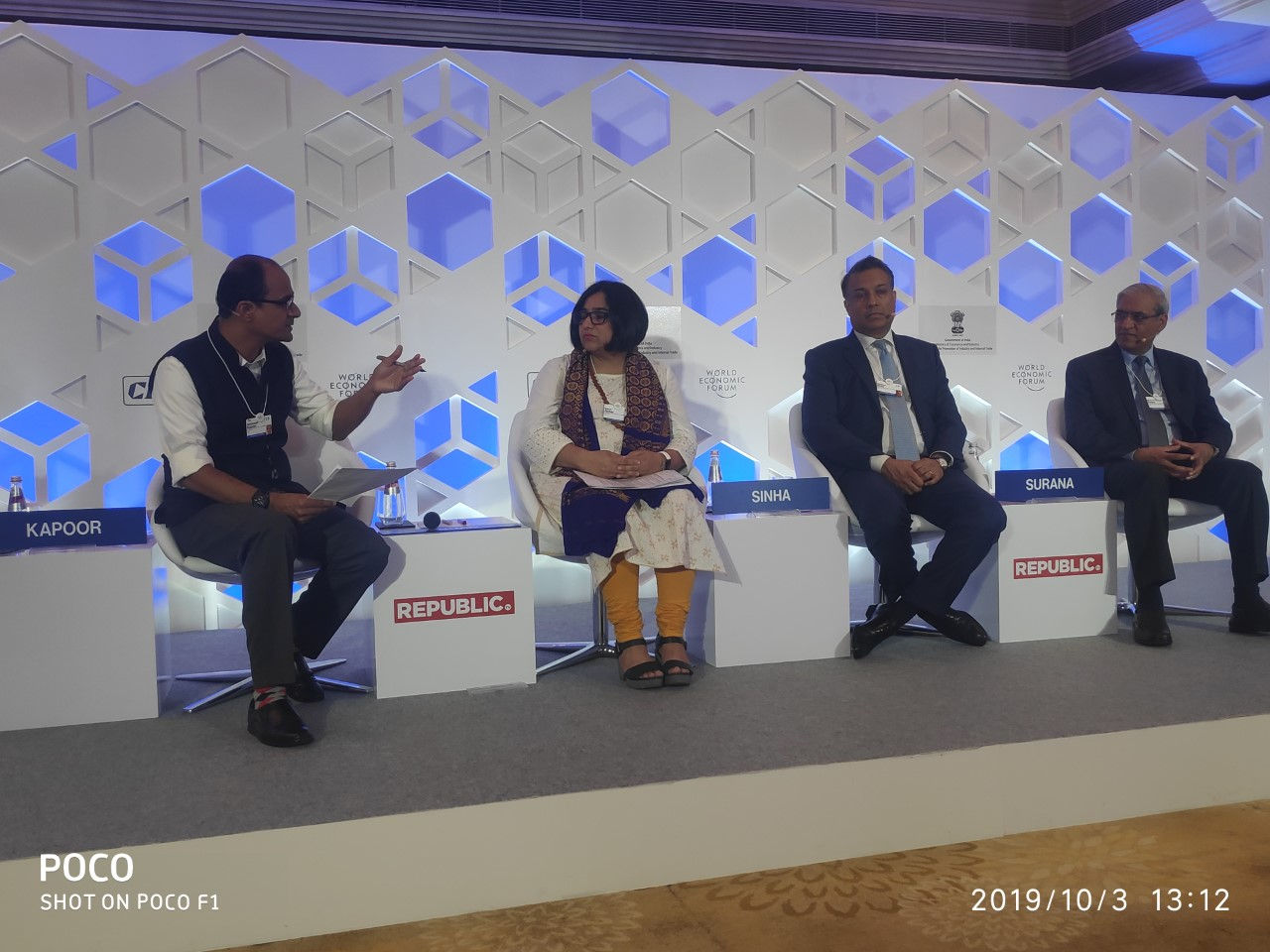 "Should they let the states unleash it's potential. The central govt should simply watch, says Madhya Pradesh chief minister, Kamal Nath on the implementation of GST. He further opines that "There are so many amendments. I don't think any law in the whole wide world which has had so many amendments. If it would have been good why so many changes? BJP has only come to sign on the dotted line. There's no involvement. GST is on paper only. The progress which happens in the states is not because vof the central govt it's despite the central govt." 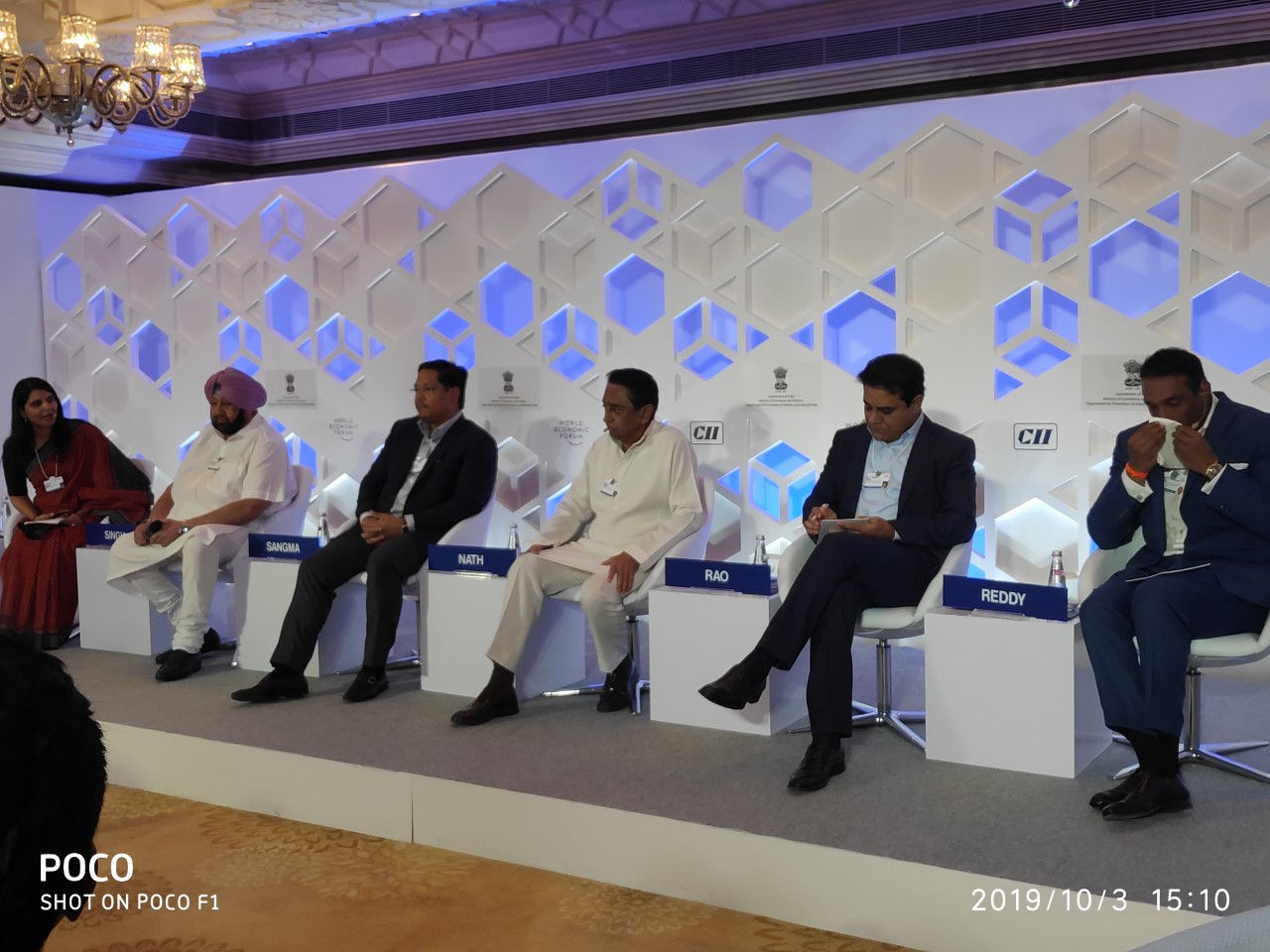 'There's no planet B'

Sadhguru while sharing his observations on depletion of river cauvery said "I know the river like a worm cuz I have grown up around river Kaveri in Mysore. Caveri is not the same as what it used to be.  As they say when the river comes walking it brings prosperity, but when it comes running it's a disaster. When I asked the people about in many days it's got full, they answered 3-4 days. Naturally, it takes 30 days for the dam to get full but now it's running. So, unfortunately, the rain has increased due to global warming and our ability to hold it has gone. The real loss of biodiversity is there in the forest." He ended by saying If there's is a planet B we shouldn't step on it because of what we have done with planet A. 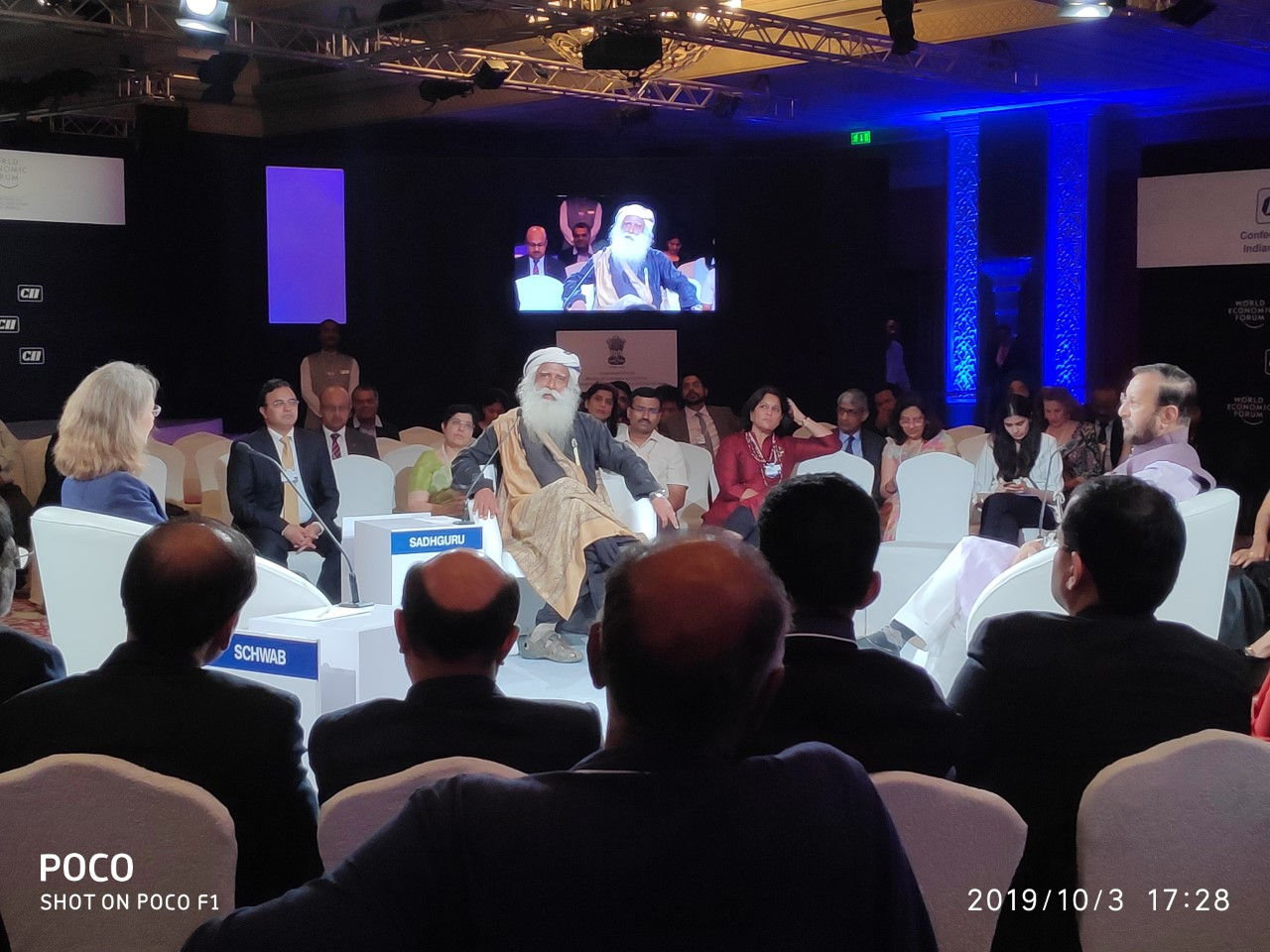 The event will conclude with the completion of its last leg tomorrow.