India is following the war-like situation developing between Israel & Palestine and will also raise the issue at the next meeting of the UNGA, said MEA 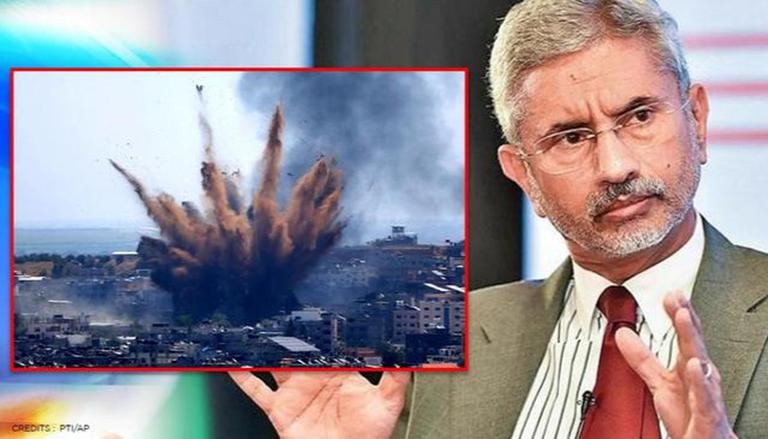 
India is continuously following the war-like situation developing between Israel and Palestine and will also raise the issue at the next meeting of the United Nations, said the Ministry of External Affairs on Thursday. India is also expected to make a statement at the UN General Assembly Meeting when the issue is raised again, the Ministry added.

“We are continuously following the development. Will also come up with the issue at the UN meeting after 2 or 3 days. We also expect to make a statement in the UNGA when it comes up again,” the MEA said at a media briefing on the situation in Israel.

Israel unleashed a wave of airstrikes across the Gaza Strip early Thursday, killing at least one Palestinian and wounding several others. The latest strikes came after Prime Minister Benjamin Netanyahu pushed back against US pressure to wind down the offensive against Gaza's militant Hamas rulers, who have fired thousands of rockets at Israel. The Israeli military said it struck at least four homes of Hamas commanders, targeting “military infrastructure,” as well as a weapons storage unit at the home of a Hamas fighter in Gaza City.

India's stand on the Israel-Gaza conflict

Condemning the violence which has gripped the Middle East in the last fortnight, India at the United Nations Security Council meeting on Sunday, called for de-escalation and resumption of talks between Israel and Palestine. Ambassador to the UN, TS Tirumurti expressed India's 'deep concern' over the violence in Jerusalem, especially during the holy month of Ramzan, and reiterated India's strong condemnation of all acts of violence, provocation, incitement and destruction.

"Indiscriminate rocket firings from Gaza targeting the civilian population in Israel, which we condemn, and the retaliatory strikes into Gaza, have caused immense suffering and resulted in deaths, including women and children," Ambassador Tirumurti told the UNSC to meet on Sunday.

"We urge both sides to show extreme restraint, desist from actions that exacerbate tensions, and refrain from attempts to unilaterally change the existing status quo, including in East Jerusalem and its neighbourhood. We believe that every effort should be made to create conducive conditions for the resumption of talks between Israel and Palestine," Tirumurti added.

The current round of fighting between Israel and Hamas began May 10, when the militant group fired long-range rockets toward Jerusalem after days of clashes between Palestinian protesters and Israeli police at the Al-Aqsa Mosque compound, a flashpoint site sacred to Jews and Muslims. Heavy-handed police tactics at the compound and the threatened eviction of dozens of Palestinian families by Jewish settlers had inflamed tensions.

Since then, Israel has launched hundreds of airstrikes that it says have targeted Hamas' infrastructure, including a vast tunnel network it refers to as the “Metro.” Hamas and other militant groups embedded in residential areas have fired over 4,000 rockets at Israeli cities, with hundreds falling short and most of the rest intercepted or landing in open areas.