Indian High Commission has issued a note verbal about the harassment by Pakistani security officials of its guests who attending its Iftar party on Saturday.

Indian High Commission has issued a note verbal about the harassment by Pakistani security officials of its guests who attending its Iftar party on Saturday.

It has described the incident in detail and has said that such an incident are not only against basic norms of diplomatic conduct but is also against notions of civilised behaviour. It also said that stopping diplomats and officials of High Commission of India in Pakistan from carrying out their duties by using intimidation and coercion could hurt the bilateral relationship between the two countries.

The Indian High Commission in Pakistan also called upon Pakistan Foreign Ministry to urgently probe the incident and share the results.

READ THE DOCUMENT BELOW: 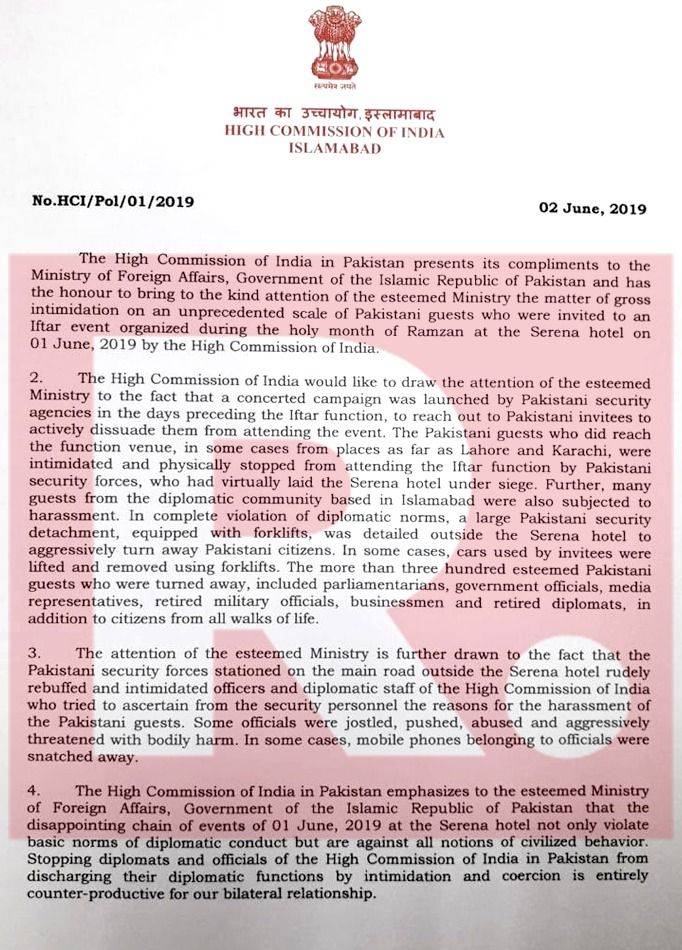 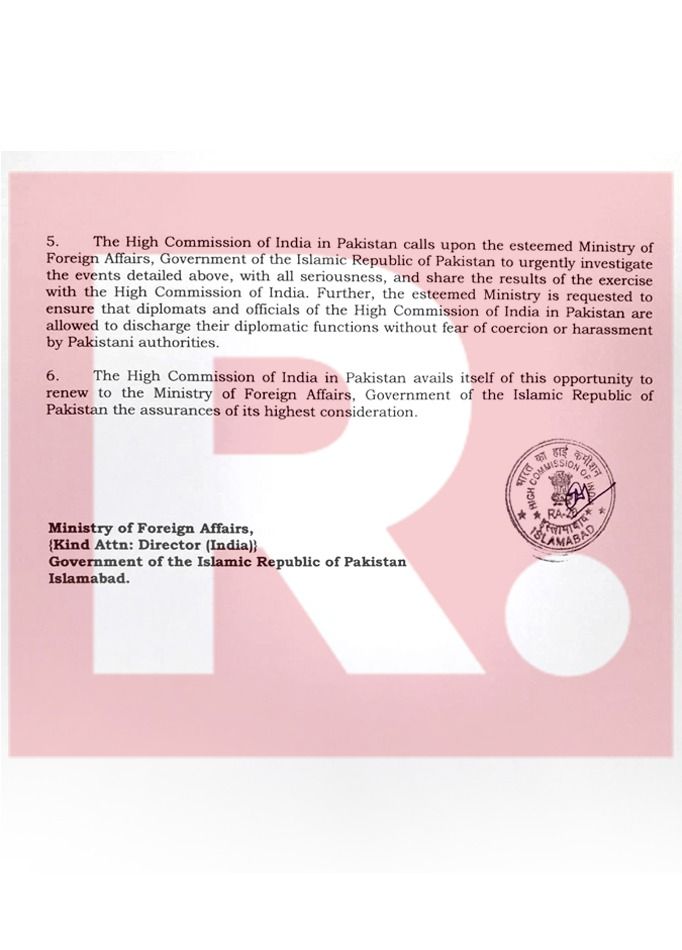 Earlier on Sunday, India had released a press note saying that it has protested against the intimidation of its guests by the Pakistan officials.

In its protest, India has called the incident a campaign by Pakistan agencies to actively dissuade the guests to attend the function. India said that the three-hundred-plus guests faced unprecedented harassment by the security agencies and were turned away from attending the event.

India also said that the security agencies had virtually laid a siege at the venue of the event, the Serena Hotel in Islamabad.

On Saturday, Imran Khan's 'Naya' Pakistan, pulled old tricks out of its bag and sabotaged the Iftar party hosted by Indian High Commissioner to Pakistan Ajay Bisaria in Islamabad.

The Indian diplomat hosted an Iftar party and sent out invitations to a large number of people. However as soon as the guests starting arriving, several teams of Pakistani intelligence agencies stopped people outside and obstructed them from coming in. Some of the guests were harassed and threatened over the phone.

Indian high Commissioner to Pakistan Ajay Bisaria apologised to the guests who were aggressively turned away from the Iftar party and said that such intimidatory tactics deeply disappointing.