The last rites of Lt Col Singh were performed with state honours in the presence of his wife Maj Agnes P Manezes (Retd) and daughter Preet Kaur. 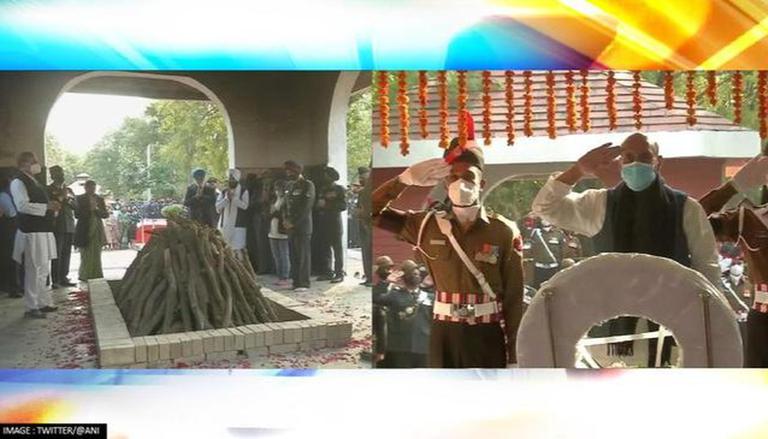 Before the last rites, Lt Col Harjinder Singh's wife Maj Agnes P Manezes (Retd) and daughter Preet Kaur paid their last tributes at Brar Square Crematorium. Lt Col wife stood strong with folded hands in front of the mortal remains wrapped in tricolour, with both their daughters by her side.

The wife and daughters of the officer also paid their last respect to him at Brar Square in the national capital pic.twitter.com/eabtlXbQCR

Lt Col Singh was born on April 17, 1978. He studied a prestigious course at National Defence College in New Delhi. He belonged to 11 Gorkha Rifles, the same regiment as CDS General Bipin Rawat, and had been deployed in several battalions including the Siachen Glacier.

According to reports, Lt Col Singh had also served a tenure in the United Nations Peacekeeping Mission. Part of 2/11 Gorkha Rifles, Singh was commissioned in September 2001 from Officers Training Academy in Chennai. He also served in North East along the Line of Control (LOC) and Line of Actual Control (LAC). In Jammu and Kashmir, he served as Sikkim Scouts Staff Officer in a Corps HQ. Lt Col Singh also served as an instructor at IMA and served in the High Altitude Area.

Due to the severity of the crash, identification of the bodies was proving to be difficult. Late General Bipin Rawat, his wife Madhulika Rawat and Brig Lakhbinder Singh Lidder were identified on Thursday, others including that of Lt Col Singh's body was identified on Saturday.