In a major boost to India's military ties with Russia, the two countries are scheduled to ink the deal on supplying 7.5 lakh AK-203 assault rifles on Monday. 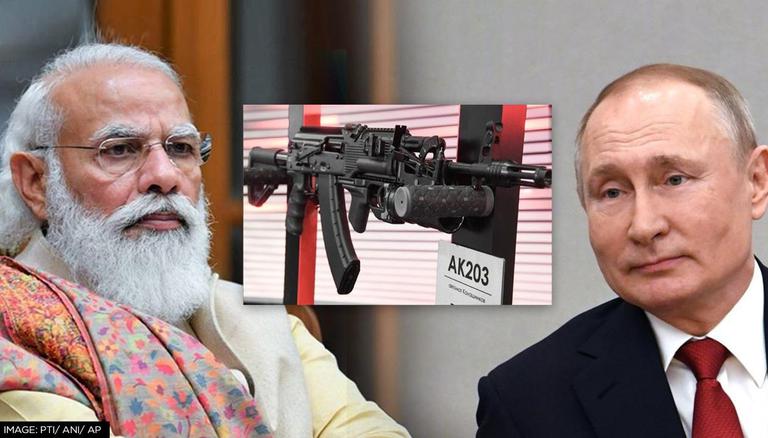 
In a major boost to India's defence prowess and its military ties with Russia, the two countries are scheduled to ink the deal on supplying 7.5 lakh AK-203 assault rifles on Monday. The deal will be sealed during Russian President Vladimir Putin's visit to India. Government sources have informed ANI that all necessary clearances have been done as of now, including  the final approval from the Cabinet Committee on Security.

The deal between India and Russia is worth Rs 5,000 crores and out of the 7.5 lakh AK-203 assault rifles to be acquired by the Indian Army, the initial 7,00,000 will include Russia-made components. Following that, other rifles will be produced in Amethi, Uttar Pradesh in India with the transfer of technology. The rifles will be delivered to the army 32 months after the production process begins.

"The deal had been agreed upon between the two sides a few years ago and now the last major issue would be resolving the issues on the transfer of technology," said sources

Prime Minister Narendra Modi and Russian President Vladimir Putin's meeting will also likely see the presentation of the S-400 air defence system to India which has already started arriving in India in parts, as per sources. The deliveries had begun ahead of schedule. During the Dubai Airshow 2021, Alexander Mikheyev, head of the state arms seller Rosoboronexport, on November 15, informed that Russia has trained Indian specialists to operate the S-400 systems.

"The equipment shipment has begun ahead of the schedule. The Indian specialists have received the training and have returned home too," said Mikheyev as qouted by TASS.

"Immediately after the New Year, our specialists will arrive in India for the equipment transfer at the sites where it will be stationed," Mikheyev said.