India Slams OIC For Its Statement On Jammu & Kashmir; 'has No Locus Standi In The Matter'

In a key development, MEA on Thursday slammed OIC for its statement on Jammu and Kashmir and asked it to refrain from commenting on internal matters of India. 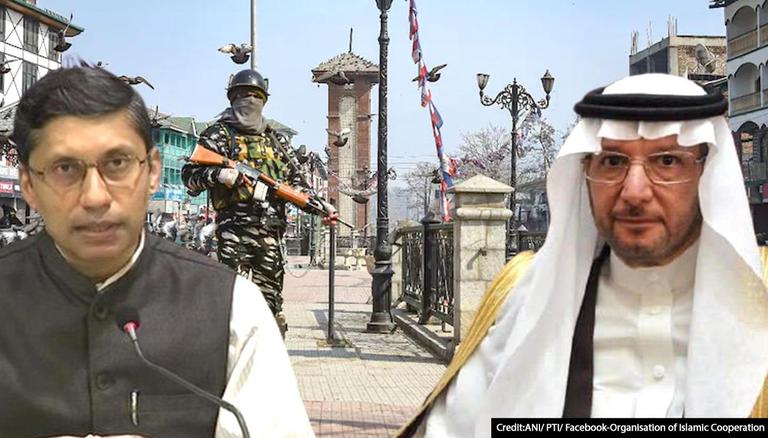 
In a key development, the Ministry of External Affairs (MEA) on Thursday slammed the Organisation of Islamic Cooperation (OIC) for its statement on Jammu and Kashmir and asked it to refrain from allowing vested interests to exploit its platform for comments on internal affairs of the country. On the second anniversary of the abrogation of Article 370, the General Secretariat of the OIC reiterated its call on the international community to increase its efforts to resolve the issue of Jammu and Kashmir in accordance with the 'relevant UN Security Council resolutions'.

Addressing the statement, External Affairs Ministry Spokesperson Arindam Bagchi said, “We categorically reject yet another unacceptable reference to the Union Territory of Jammu and Kashmir issued by the General Secretariat of OIC." He further added, "The OIC has no locus standi in matters relating to the Union Territory of Jammu and Kashmir, which is an integral part of India. It is reiterated that the OIC General Secretariat should refrain from allowing vested interests to exploit its platform for comments on internal affairs of India."

On August 5, 2019, the Narendra Modi-led Central government abrogated Article 370 of the Indian Constitution. The said article was a 'temporary provision' that granted autonomous, special status to the state. In 1947, the provision was drafted by Sheikh Abdullah, who was appointed as the Prime Minister of Jammu and Kashmir by Maharaja Hari Singh and former India PM Jawaharlal Nehru.

Under part XXI of the Constitution that looks at 'Temporary, Transitional and Special provisions,' the state was accorded with the special status under Article 370. All the provisions of the Constitution applicable to other states were not applicable to Jammu and Kashmir until the abrogation of the said article by the Narendra Modi government on August 5, 2019. Along with Article 370, Article 35 was also abrogated by the two houses of the Parliament, which defined who are the permanent residents of the state, and barred citizens from the rest of the country from settling or buying property in the said region.