India returned to the UN Security Council for a term of two years. Indian will preside over the 15-nation Council from August 1; 'holistic approach' on agenda. 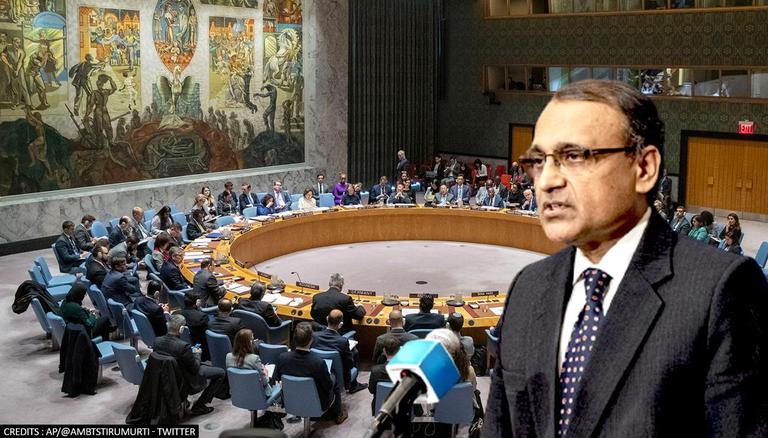 
India gears up to assume the Presidency at United Nations Security Council for the month of August while the powerful UN body resolutes to take a holistic approach to the issue of maritime security to safeguard common prosperity and other security interests.

On January 1, India returned to the UN Security Council for a term of two years. India will preside over the 15-nation Council from August 1.

Ambassador of India to UN, TS Tirumurti said," Conflicts have only increased during the pandemic, putting considerable pressure on UN resources even as the Council is deeply divided on major issues on its agenda. Against this tense backdrop, India has made several valuable contributions and it will assume UNSC's rotating presidency in August."

India will assume the rotating Presidency of the UNSC which will mark the country's first Presidency during its term (2021-22) as a non-permanent member of the UNSC. The country will preside over the Council in December 2022 i.e. the last month of its tenure.

Earlier in the month, the President-elect of the United Nations General Assembly (UNGA) Abdulla Shahid during his visit to India affirmed his support to the ongoing campaign for UNSC reform, in a bid to ensure India a permanent seat at the UNSC. Currently, the process is stalled at the UNGA in Inter-Governmental Negotiations (IGN).

Tirumurti clarified that maritime security attained high priority in India's foreign policy with a holistic approach. The theme will be the first time to undergo a special discussion in the vital UN organ. Noting previously passed resolutions on maritime security and maritime felony, Tirumurti has sought discussions in an integrated manner.

"We have been a net provider of maritime security, particularly in the Indian Ocean region. Consequently, we believe that it is time for the Security Council to take a holistic approach to the issue of maritime security that safeguards common prosperity and other security interests," he said.

Counter-terrorism on top priority for India

Tirumurti noted counter-terrorism as a national and utmost priority for India; he even underscored New Delhi's conviction to keep its attention on the matter intact at UNSC.

"We are firmly against terrorism in all its forms and manifestations and believe there could be no justification whatsoever for terrorism," he stated.

India was amongst the largest troop-contributing countries to UN peacekeeping missions during its Presidency tenure and strongly advocated for "proactive measures to protect the protectors." According to India's Permanent Representative to UN, Tirumurti, peacekeeping is an issue that is "close to hearts" given the country's long and pioneering intervention with peacekeeping and women peacekeepers' indulgence too.

India has deployed more than 5,500 military and police serving peace operations in Abyei, Cyprus, the Democratic Republic of the Congo, Lebanon, the Middle East, Somalia, South Sudan and Western Sahara. More than 170 peacekeepers hailing from India have laid down their lives in the UN's peacekeeping missions over the last seven decades. As peacekeepers function in volatile situations, the mandate of the UNSC should be enforced, Tirumurti stated.

In May 2021, India's Deputy Permanent Representative to the UN, K Nagaraj Naidu had coined the idea of infusion of appropriate technology to play a significant role in improving the safety and security of UNSC' peacekeepers. India has partnered with the Department of Peace Operations and the Department of Operational Support to work towards the development of a mobile app- UNITE AWAR- which will help increase situational awareness and provides terrain-related information too.

"India has contributed USD 1.64 million towards this project," Naidu had said.