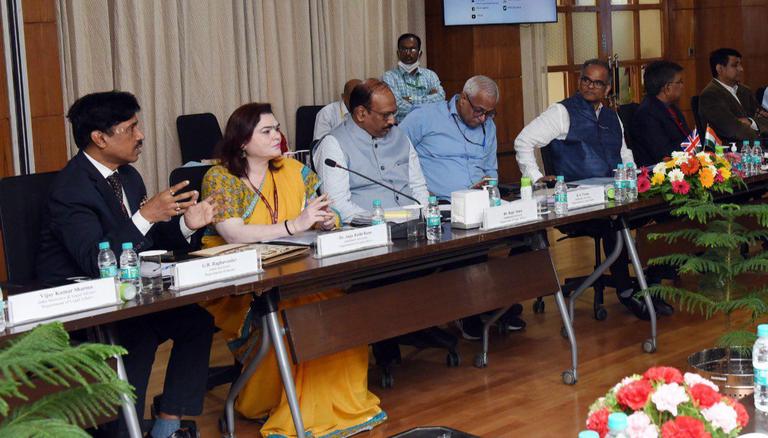 
India and the UK are weighing in options to open up the legal services sector to enhance cooperation between the two countries.

The Legal Services Committee (LSC), comprising representatives from the Bar Council of India and the Law Society of England & Wales, appreciated each other's concerns to the challenges in the opening up of the legal services sector.

The UK delegation explained in detail the regulations which determine the areas of court practice and legal advice by non-UK qualified lawyers.

The Indian delegation, led by Law Secretary Niten Chandra, emphasised about the responsibilities vested in the Bar Council of India to protect the rights, privileges and interest of lawyers, whom they represent.

"However, the representatives of both the countries appreciating the potential benefits of the opening up of legal services sector to the respective economies, agreed in principle to work together to find common ground for benefit of all stakeholders," an official statement from the Union Law Ministry said here.

The LSC deliberations were also attended by the British High Commissioner to India Alex Ellis.

In July 2018, India and the UK had entered into a Memorandum of Understanding for promoting cooperation in the sphere of Law and Justice.

A Joint Consultative Committee (JCC) was constituted in terms of the MoU to carry out its objectives by firming up the way forward in areas of cooperation.

The third in-person meeting of the JCC was held at New Delhi on August 18. The LSC meet was held the same day after the JCC meeting.

At the JCC meeting a broad agreement was reached to facilitate exchange of experiences and best practices in the area of working of commercial courts, alternate dispute resolution mechanisms like arbitration and mediation, use of technology in case management, justice dispensation and enforcement of contracts and in area of simple legislative drafting.

It was further agreed that training and capacity enhancement programmes would be conducted in reputed Institutes for legal advisers, draftsman, judicial officers, prosecutors and legal professionals and in time bound manner. PTI NAB SKU ZMN