Shringla, representing the EAM of India, asserted that the 2.4 billion people representing 54 countries in the commonwealth can together overcome any challenge. 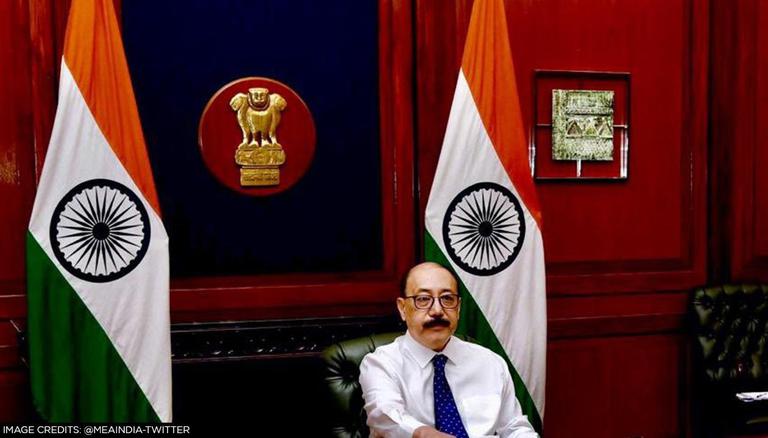 
India at the Commonwealth Foreign Affairs Ministers’ Meeting on Thursday outlined the need for the member countries to coordinate responses to the various challenges of the COVID-19 pandemic. Harsh Vardhan Shringla, representing the External Affairs Minister of India in the meeting, asserted that the 2.4 billion people representing 54 countries, which include both advanced economies and developing countries of the Commonwealth can play a significant role in dealing with what he referred to as the 'unprecedented disruptions' created by the pandemic for the last 18 months.

'India has risen to the challenge in spirit of global solidarity'

Speaking on behalf of India at the meet, Harsh Vardhan Shringla asserted that India had risen to the challenges of COVID-19, and in the spirit of global solidarity. "India has provided COVID-19 related support, including pharmaceuticals, medical equipment, and vaccines, to more than 150 countries across the world over the last year," The Foreign Secretary of India said, also acknowledging that in return, the country has also received support from other countries.

Harsh Vardhan Shringla, while pointing out that India continues to take part in this exchange of support, one by one listed down the initiatives being taken by India presently including India offering Co-WIN, its indigenously developed digital COVID-19 vaccination platform, as an open-source. Also, the TRIPS waiver for vaccine production, which India, along with South Africa, proposed to address vaccine inequity and promote the interests of the developing world, several of whom are members of the Commonwealth.

"While this issue is being deliberated in the WTO, we stand ready to partner with interested countries for the transfer of technology and manufacture of COVID-19 vaccines indigenously developed in India," the Foreign Secretary of India said.

Harsh Vardhan Shringla also took the platform to highlight another major problem being faced by the world presently- climate change. "We welcome the United Kingdom’s initiative to draw attention to climate change-related issues among the Commonwealth in the run up to the COP 26 later this year," the Foreign Secretary said, pointing out that India has pioneered initiatives in this regard such as International Solar Alliance and the Coalition for Disaster Resilient Infrastructure, both of which bring several Commonwealth members within their fold.

Besides, the Foreign Secretary also took up the case of trade in the commonwealth and added that India continues to support the Commonwealth Small States Trade Finance Facility (CSSTFF).  "As a follow up to the announcement made by the Prime Minister of India at CHOGM 2018, India has since opened a ‘Commonwealth Sub Window’ of 50 Million US$ to provide grants-in-aid to Commonwealth members for projects related to UN SDGs and Climate Action", Harsh Vardhan said.