Theme of Ex VINBAX 2022 is "Employment & deployment of an Engineer Company and Medical Team as part of United Nations Contingent for Peace Keeping Operations. 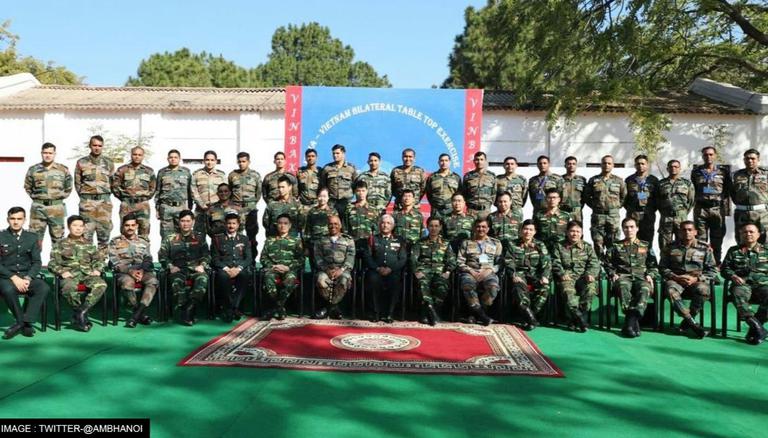 
The third edition of Vietnam India Bilateral Army Exercise “Ex VINBAX 2022” is scheduled to be conducted at Chandimandir from August 1 to August 20, 2022, said the Ministry of Defence in a statement. The exercise is believed to be a major milestone in strengthening bilateral relations between India and Vietnam.

According to the statement, the exercise is a sequel to a previously conducted bilateral exercise in Vietnam in 2019. The exercise will strengthen the bilateral relations between the two countries as India and Vietnam share a comprehensive strategic partnership and defence cooperation.

The theme of Ex VINBAX 2022 is "Employment and deployment of an Engineer Company and a Medical Team as part of United Nations Contingent for Peace Keeping Operations".

The conduct of Ex VINBAX 2022 as a field training exercise with enhanced scope from previous editions of bilateral exercises will strengthen mutual confidence, inter-operability and enable sharing of best practices between the Indian Army and Vietnam People’s Army. The joint exercise will also provide an opportunity for the troops of both the contingents to learn about the social and cultural heritage of each other.

Indian Army would be represented by troops from the 105 Engineer Regiment during the exercise.

A 48-hour validation exercise is a part of the schedule to assess the standards achieved by both contingents while executing technical military operations under similar scenarios in UN missions. A Humanitarian Assistance and Disaster Relief demonstration and equipment display will showcase India’s capacity to undertake rescue and relief operations during natural and manmade disasters utilising indigenous solutions.