Speaking to the media at Dansal village in Jammu, Lt Gen MK Das informed that the Indian army is completely prepared to counter the drone challenge 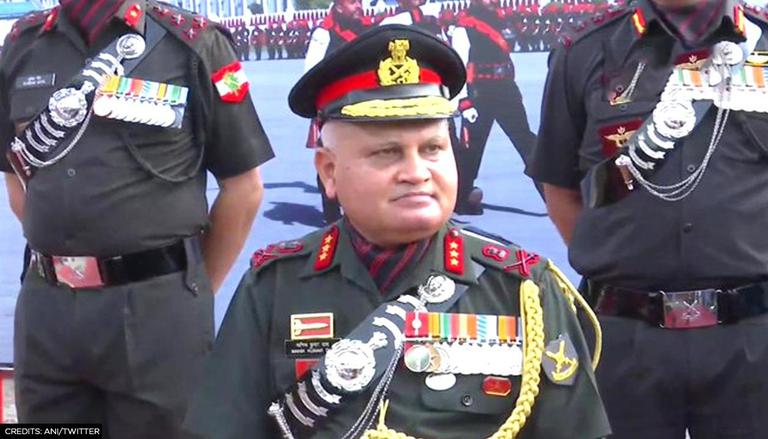 
Commandant of Officers Training Academy in Chennai and colonel of JAK LI regiment Lt Gen MK Das on Saturday, September 18, reviewed the attestation parade of 460 new recruits of Jammu and Kashmir Light Infantry (JAK LI). Speaking to the media at Dansal village in Jammu, MK Das informed that the Indian army is completely prepared to counter the drone challenge. The attestation parade depicts the graduation of a recruit into a young soldier as they were given contemporary training earlier.

MK Das said, "The unique thing about our regiment is that our troops hail from Jammu and Kashmir and Ladakh. So they have this ingrained quality to be much more security-conscious than others".

Further speaking on the drone challenge and social media warfare, Das informed that the recruits are trained in every aspect including science and technology and cyber security to face all kinds of contingencies and unforeseen situations.

Das stated, "I would like to tell you that our army chief is taking the drone challenge very seriously. The Indian army and JAK LI regiment are completely prepared to face any kind of situation".

He further said that the newly attested recruits will motivate other youngsters of Jammu and Kashmir to join the security forces and a befitting reply for those who want to mislead them.

JAK LI is the oldest and most decorated infantry regiment of the Indian Army. The regiment that emerged during the first Indo-Pak War when Pakistan invaded Kashmir, has received one Paramveer Chakra and three Ashok Chakra. It also received three battle honours in 1971 – Laleali, Picquet 707, and Shingo River Valley.

Earlier on August 31, Kashmir valley's top army commander visited members of around 80 families whose children joined various terrorist groups in Jammu and Kashmir and urged them to bring them back. General-Officer-Commanding of the Srinagar-based Chinar Corps Lt Gen D P Pandey told the families, "I request you to pull out your children from the swamp called terrorism. I leave it up to you how you pull them out but please do it".

While Inspector General of Police, Kashmir,  Vijay Kumar told the parents, "Police and security forces have been providing opportunities (to local terrorists) to surrender during live encounters since last year. Families are requested to convince their children (newly recruited terrorists) to come back".