In an effort to render healthcare facilities, the Machil Public Health centre in J&K has now been renovated and equipped with brand new medical facilities. 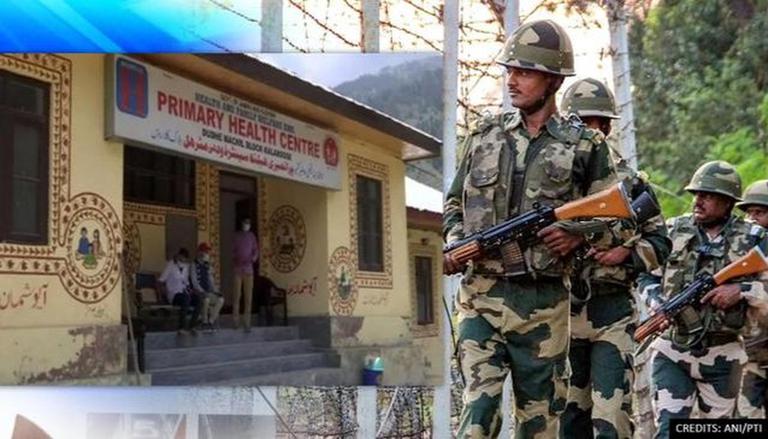 
In a positive development, people living in the remote areas of Jammu and Kashmir's Kupwara district were shifted to a new building equipped with new medical facilities. This came in as an effort to render necessary health facilities. The Indian Army is also constructing a hospital in the district to extend all essential health facilities to deprived families.

The Machil public health centre (PHC) in Kupwara, Jammu and Kashmir has been shifted to a new building with the latest medical amenities. This new facility was handed over to the far-flung Kupwara district by the Indian Army. The Indian Army has always been at the forefront of helping people of the Kupwara district and has now also proposed to construct a hospital in the district to expand healthcare facilities so that nobody is deprived of medical assistance.

The Indian Army has always done its utmost when it comes to helping the people of J&K. In the Kupwara district, the Army has helped carry critical patients in need of better medical facilities to hospitals in the army choppers during the times when roads connecting far-off villages to the main city are cut off due to heavy snowfall in winters. The Machil Public Health centre is yet another example of the modesty of the Indian Army.

In an effort to provide necessary healthcare facilities to the people of J&K's Kupwara, the Machil Public Health centre has now been renovated and equipped with brand new medical facilities. Medical Officer of Machil PHC Dr Showket Ahmad while speaking to ANI stated, "We are handling all cases including normal deliveries. A population of approximately 16,000 is covered with this PHC. The Army has provided us with an x-ray machine as well. We have urged the concerned authorities to recruit a dental technician and an x-ray technician for this PHC." Dr Showket Ahmad also pointed out that if the new hospital does not face any objection and can function 24*7 seamlessly, then that would definitely bring relief to the people.

Residents' thoughts on the proactive steps taken by Indian Army

A patient undergoing treatment at the PHC praised the authorities for providing healthcare services to him. "This healthcare centre is really good with all facilities available at one place. I received free treatment here," he said. Abdul Aziz, another patient emphasised the connectivity issue that residents of Machil village face as they reside in a remote area. "We live in a remote area. This centre is very beneficial for us. With the new hospital being set up by Army, the people will be happy as more facilities can be availed," he said.

The residents of the bordering far-flung areas close to Kupwara, had lauded the Indian Army's efforts for establishing a medical facility centre. Abdul Jabbar, a border resident said, "We are very thankful to the army for the new initiative. They have got x-ray machines from outside. Manzoor Ahmad, another resident said, "All the villagers are happy that they will get better facilities."