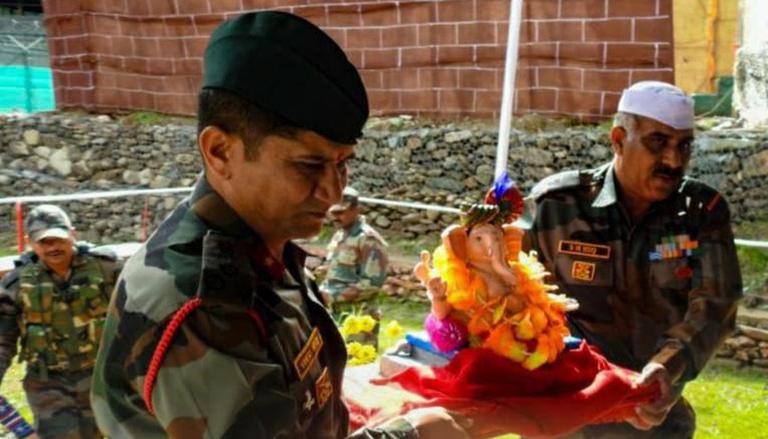 
The Indian Army on Friday celebrated Ganesh Chaturthi at Machhal sector of North Kashmir. The idol of Lord Ganesha was welcomed with huge procession and fanfare by the troops and local villagers. Machhal is a small village in the border district of Kupwara, which is located near the Line of Control (LoC). The Indian Army is deployed in these areas to defend our borders and protect the country from the adversary. The celebration of Ganesh Chaturthi is a great motivation for the troops deployed in such remote areas and brings joy and happiness all around. The villagers also participated in the function with great enthusiasm and gladly received Lord Ganesha’s arrival.

The speciality of this year’s Ganesh Chaturthi was that the idol of Lord Ganesha was prepared by the soldiers of Machhal Sector with local clay. The intricate design and beautiful caricature speaks volumes about the zeal of troops for celebrating Ganesh Chaturthi. Lejhim, a folk dance form of Maharashtra, was performed by the soldiers in the procession of Lord Ganesha and even villagers enjoyed the complete procession.

The whole Machhal bowl was in a celebration mood welcoming Lord Ganesha and installed the idol at the temple. Thereafter, devotional songs were sung for Lord Ganesha and various mantras were recited in his praise. Aarti was performed in favour of the lord and to seek his blessings for the entire Machhal Bowl. At last, Lord Ganesha was offered his favourite dessert "Modak" and sweets were distributed amongst soldiers and villagers. 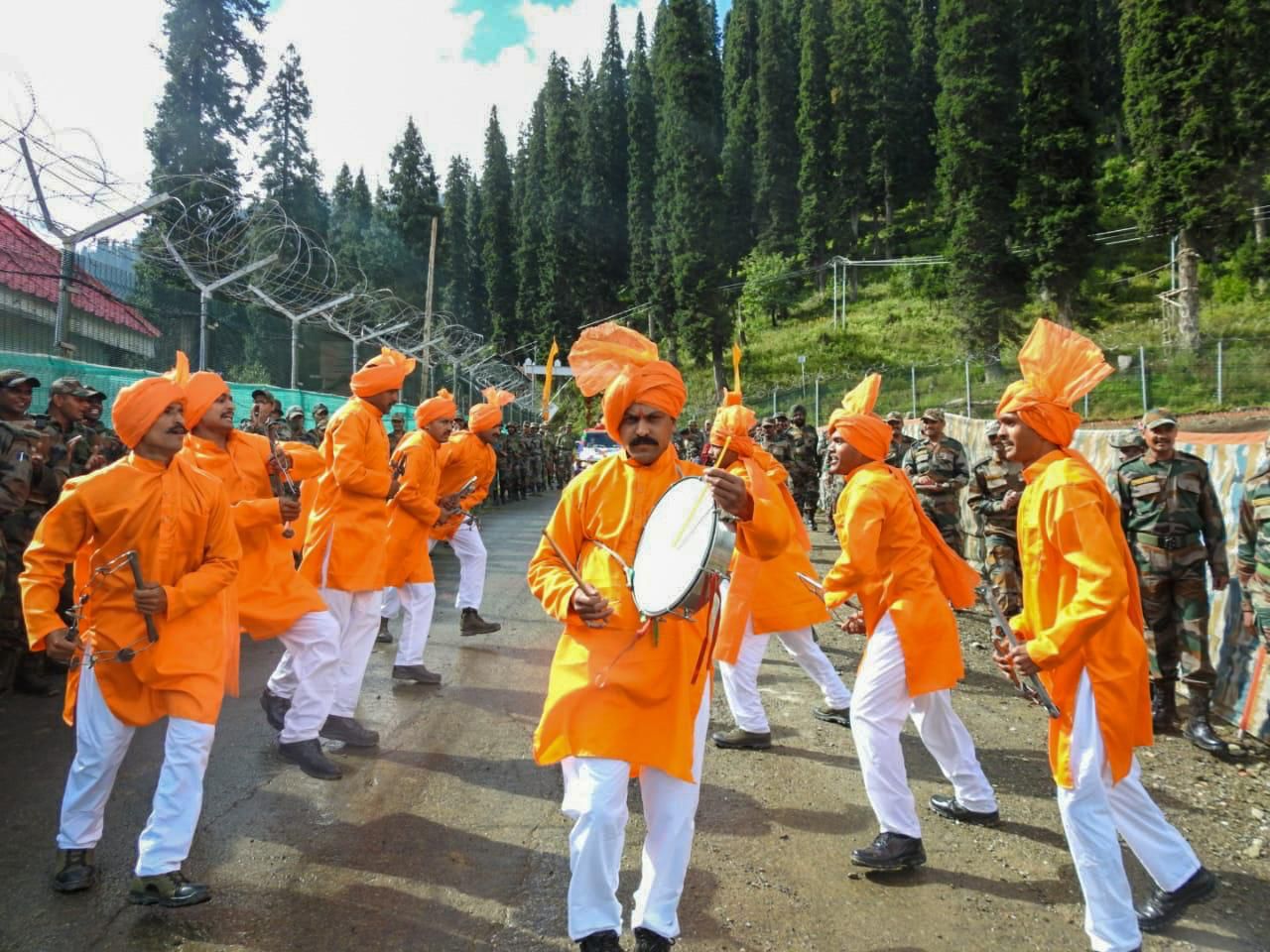 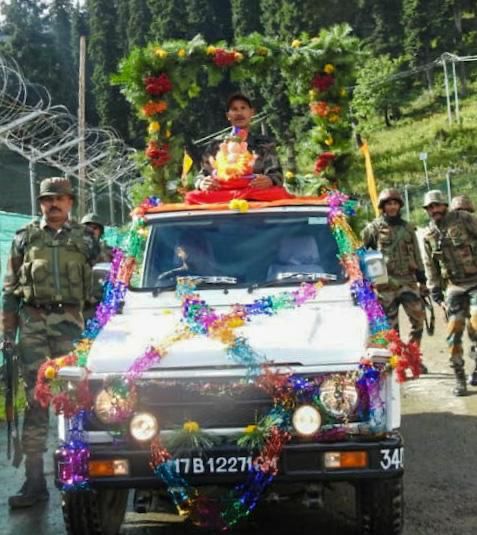 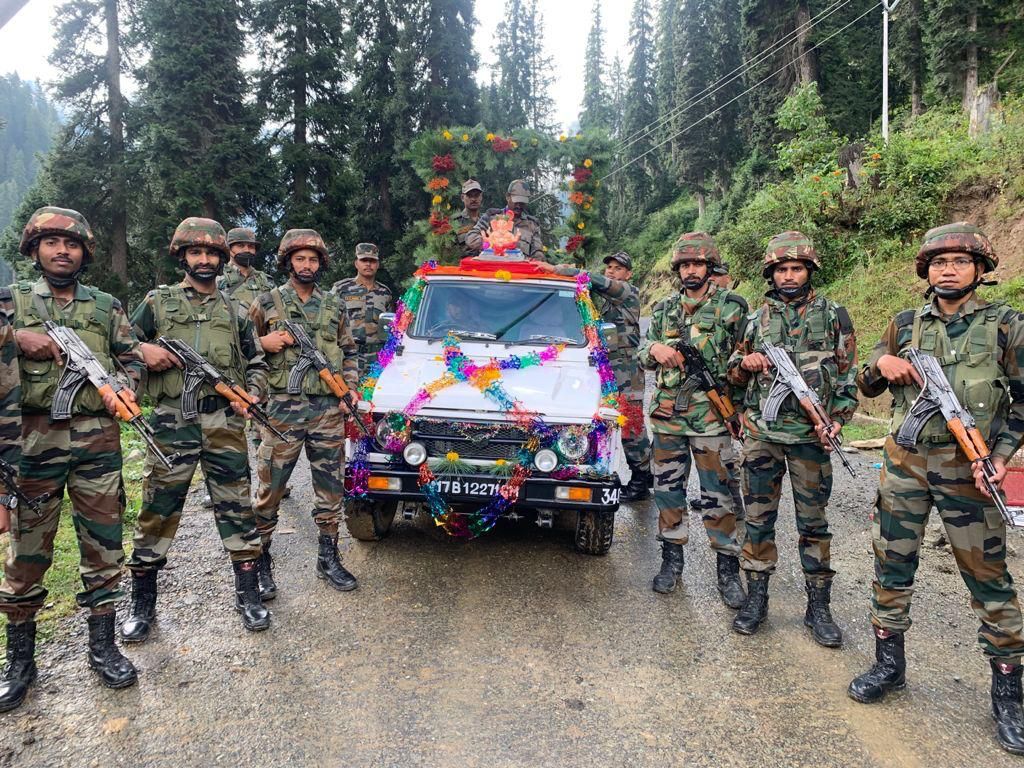 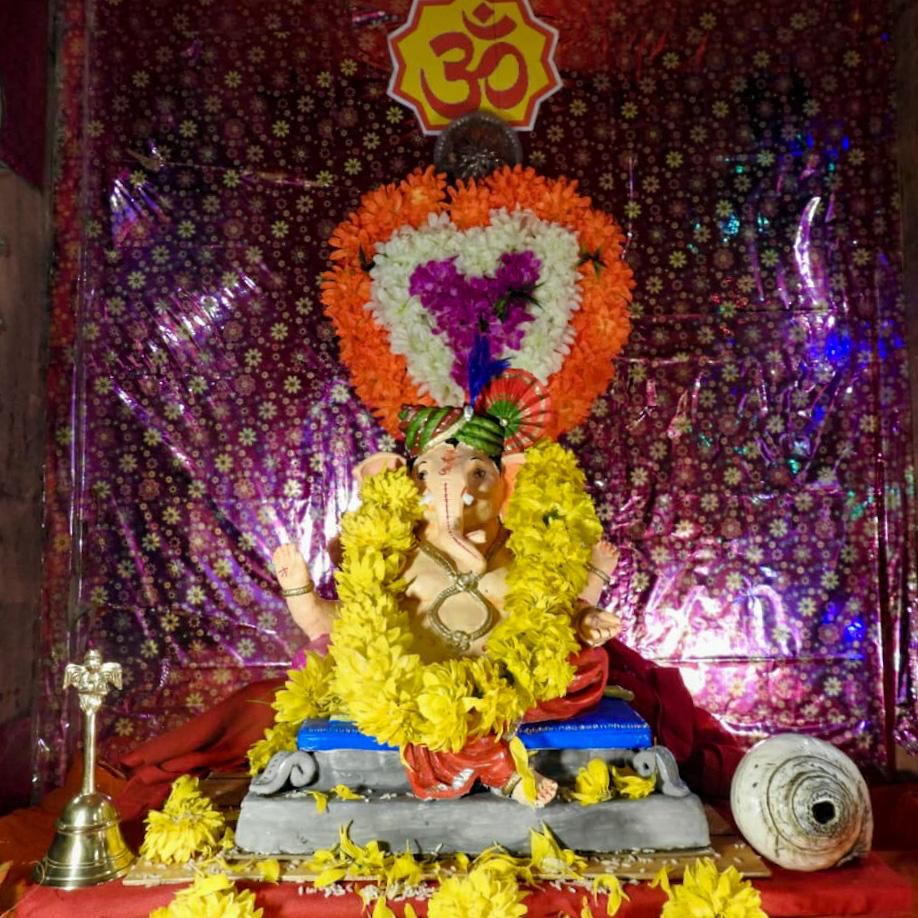