After decades of diplomatic struggle, cheetahs are going to be introduced into the Indian wildlife. It will be the only country in the world with all 3 big cats 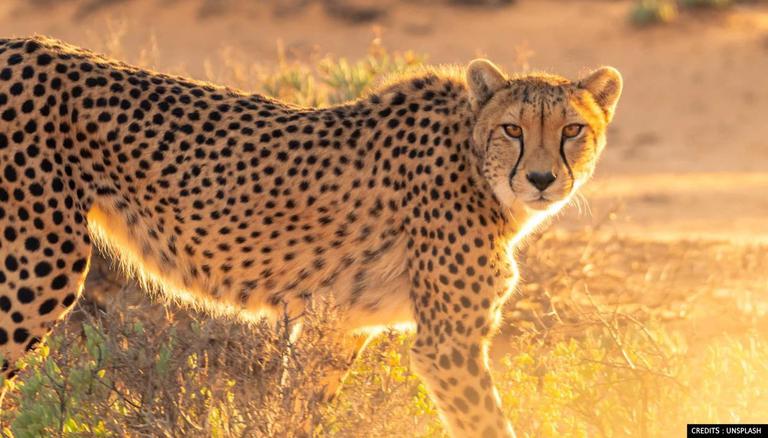 
In an unexpected but delightful diplomatic move, the Indian High Commissions in Africa have united for a surprise new cause-to reintroduce cheetah into the Indian wildlife. The decades-long struggle has gained pace as an Indian team of wildlife experts and conservationists head to the African Savannah to commence their first set of basic relocation training from July. It is expected that the new cheetah population will be relocated to Madhya Pradesh's Kuno National Park by the end of 2021.

The return of Indian Cheetah:

In 1947, it was widely believed that, on the eve of independence from Britain, the subcontinent's last remaining three cheetahs were hunted down, although no documented sighting or record of it existed on the supposed incident. In 1952, a government-run Indian Wildlife body noted that the cheetah variant endemic to the nation had become extinct. However, now there's a 70-year-old plan to revive India's cheetahs once again.

Since the 1950s, India has eagerly sought to revive its cheetah population. In July 2021, the plan has been finally set in motion. An Indian relocation team is expected to head to the African savanna for their first bout of training.

Diplomatic and legal hurdles to repopulate Cheetahs in India

In 2012, India approved a plan to introduce cheetahs from Namibia, in Southern Africa. However, in 2013, India's Supreme Court declared the African cheetahs a "foreign species" that "never existed in India". The apex court then went on to block the plan from being executed.

After the government's repeated attempts, in 2020, the Supreme Court reversed its order, ruling that African cheetahs were acceptable in the absence of a suitable native species. Conservationists are now wasting no time to move forward with a plan to introduce cheetahs into 3 Indian sanctuaries. While the decision to repopulate the cheetah species in India has gained traction not everyone is excited by it, as it may still have an environmental impact.

Making the case of reintroducing cheetahs into India

Introducing cheetahs may have some practical benefits as expansion is necessary to save declining populations in Africa as well. This move will also incentivise India to protect the ecosystems where they will live. Currently, there are only 7,000 cheetahs left in the wild. According to wildlife experts, a major reason for this is the loss of habitat and cheetahs struggling to thrive outside of fenced-in sanctuaries.

For India, reviving the cheetah population has symbolic significance. It's the one country with both lions and tigers in the wild, and the cheetah is the only large mammal that has gone extinct since independence in 1947. It can also be noted that Indian emperors kept cheetahs as pets numbering thousands during and pre-colonial times.

The areas where the new cheetahs will be reintroduced to will largely remain unfenced and as India's population is increasingly encroaching on its sanctuaries and the wildlife habitat, conservationists will have to be extra cautious. Either way, India is now set to receive 40 cheetahs in the next 5 years. It's on its way to becoming the only country to have the world's three most famous cats.