IMF suggests that India's situation is a warning of the possible events in low-and middle-income nations that have seemingly escaped the COVID-19 pandemic. 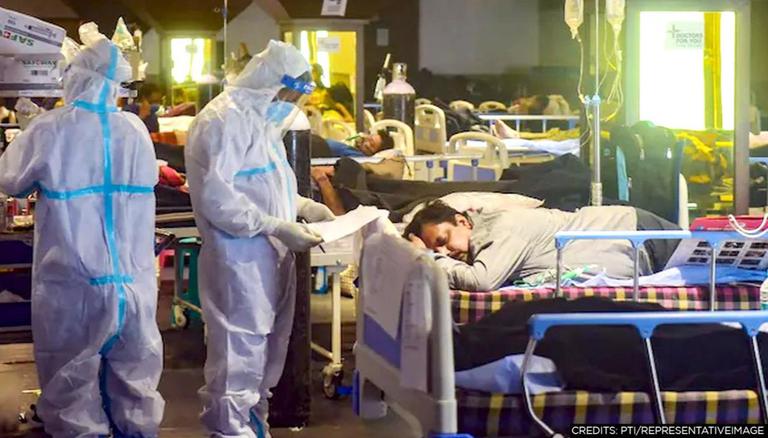 
A report by the International Monetary fund (IMF) suggests that India's situation is a 'warning' of the possible events in low-and middle-income nations that have seemingly escaped the COVID-19 pandemic till now. Observing that the ongoing "catastrophic" second wave of COVID-19 in India is a sign that the worst may be yet to come, the IMF has predetermined the course of unfavourable events for developing nations.

The ongoing undulating second wave of COVID-19 infection in the country, following a terrible wave in Brazil, is a sign the worst may be yet to come in the developing world, it said.

A report co-authored by IMF economist Ruchir Agarwal and Chief Economist Gita Gopinath on Friday also said that under the business-as-usual scenario, the COVID-19 vaccine coverage in India is expected to remain under 35 per cent of the population by the end of 2021. To get to 60 per cent coverage, India will need to immediately place sufficient vaccine orders of about 1 billion doses through contracts that incentivise investment in additional capacity and augmentation of the supply chain, a report said.

While India’s health system held up fairly well in the first wave, this time its health system is so overwhelmed that many people are dying because of a lack of medical supplies like oxygen, hospital beds, and medical care, the report said.

For India, the report said, current bilateral purchases of vaccine plus coverage from COVAX will cover about 25 per cent of its population by the first half of 2022. To get to 60 per cent coverage, India will need to immediately place sufficient vaccine orders of about 1 billion doses through contracts that incentivise investment in additional capacity and augmentation of the supply chain.

“In this context, the authorities’ recently announced financing of about USD 600 million to the Serum Institute of India and Bharat Biotech to boost production capacity in the near term is a welcome step,” the report said, adding that authorities estimate that two billion doses will be available by the end of 2021.

Efforts should be made to ensure that the projected production capacity will materialise without delay, including through securing the supply chain for raw materials — supported by international efforts to eliminate export restrictions on all critical inputs, it added.

In its report, the IMF said that an urgent focus should be to eliminate constraints on cross-border exports of critical raw materials and finished vaccines. Free cross-border flow of vaccine inputs and supplies is essential for the world to achieve its vaccination targets without delay. The report further stated India continues to face production "bottlenecks", including due to ongoing shortages of critical raw materials, suggesting the need for further relaxation of de facto export restrictions under the US Defence Production Act.

Governments are in a constant endeavour to relax such constraints on raw materials, it said, citing the recent pledge by the US to facilitate greater access of critical raw material to Indian manufacturers after severe shortages emerged. However, there is scope for greater multilateral action on this front, as significant constraints still remain, it said.

READ | IMF proposes $50 billion to vaccinate everyone by mid-2022; $9 trillion for global economy

‘We still have to fight the long battle': IMF

Despite such near-term constraints, as of mid-May 2021, the authorities estimate that over two billion doses will be available by the end of the year based on company-level supply projections publicly shared by officials.

“Therefore, while current pre-purchases of vaccines plus coverage from the COVAX AMC remains around 25 per cent, the authorities intend to meet the residual needs through the additional production,” it said.

To reach a coverage of 60 per cent of the population, India will need to order roughly one billion doses of additional vaccines.

"Given the authorities are expected to comfortably use domestic resources for meeting these residual needs and are not seeking external financing for these purposes, we do not allocate additional funds for India in our budgeting exercise,” the IMF said.

Given the current vaccine pricing offered by domestic suppliers, and the estimated size of the younger population in India, the additional funding needs for the Centre for covering the 18-44 population is approximately 0.25 per cent of the GDP, suggesting that there is scope for the government to handle the entire procurement centrally, it said.