India’s first all-girl band Viva has reunited after nearly 15 years in a bid to remind the people who are confined to their homes amid the coronavirus outbreak.

India’s first all-girl band Viva reunited after nearly 15 years to remind the people who are confined to their homes about strength and perseverance amid coronavirus outbreak. Anushka Manchanda, music producer and also one of the members of the band shared the recreation of their iconic song ‘Jago Zara’ released back in 2002. The video was shot by all members in their respective homes and Manchanda posted the final output on Instagram with a heartwarming post about her initial venture in the music industry with Viva.

Not only did Manchanda called Viva the “first step” in the industry but also explained the two years as a member of an indie-pop band as “sometimes confusing, sometimes exhilarating, and most times just downright crazy”. The singer recalled how even after so many years down the lane, people still come up to her and explain what Viva meant for them. Therefore, while sharing the project, Manchanda said “this is for you” while acknowledging the fans. She also said that the song is for the ones who require strength, love, power, support amid the trying times of the global health crisis.

Manchanda wrote while thanking Viva’s fans, “This video is for you, for every time you have thought of us, sent us messages, sung our songs and reached out to us to tell us how you feel Thank you for this everlasting love, this crazy bond you have built with us that has lasted so many years. We feel you, we give you love right back.”

‘Reunion I have been waiting for’

From social media influencers to internet users, everyone was seen delighted for the reunion and said, “this is everything I ever wanted”. One of the netizens said, that nothing else had the potential to make the year positive again that the "gift" of the reunion. Another recalled how Viva’s original album changed his life so many years ago. Thousands of people thanked all the members for “pleasant surprise” and credited the reunion to remind them of “all the beautiful memories”. 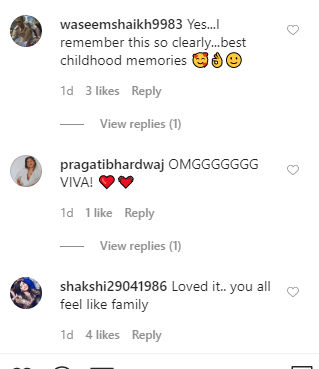