Indo-Pacific Is Future, Not Past: Jaishankar

The Quad reflects a stronger sense of converging purpose in the face of regional and global challenges and symbolises the larger direction that the world is taking, External Affairs Minister S Jaishankar said on Wednesday. 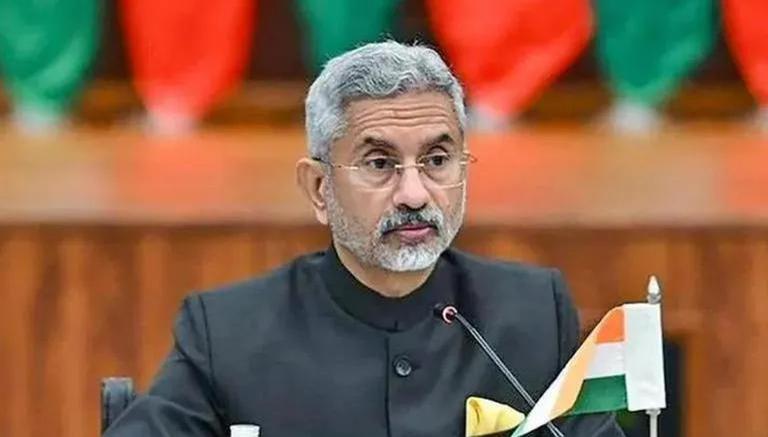 
New Delhi, Jun 1 (PTI) The Quad reflects a stronger sense of converging purpose in the face of regional and global challenges and symbolises the larger direction that the world is taking, External Affairs Minister S Jaishankar said on Wednesday.

Delivering the KK Nayyar memorial lecture, he also described the charges that the concept of Indo-Pacific is derived from Cold War thinking as "motivated and false".

Jaishankar said the Indo-Pacific is the future and not the past.

"The charges that the Indo-Pacific derives from Cold War thinking are motivated and false. They are made by the very quarters who seek to freeze the status quo of 1945. And deny the integration that has happened in the last two decades," he said.

"Their endeavour is to constrain the choices of others and impose their own interests," the external affairs minister noted.

Referring to the Quad comprising India, the US, Japan and Australia, Jaishankar said its objective is to do global good and that the need for that to be a collaborative effort is self-evident.

"It can unfold today because painstakingly efforts were made over many years to strengthen the bilateral relationships.... But even that, by itself, was not adequate. It took considerable openness of mind in all the Quad leaderships to envisage collaboration in a more contemporary manner," he said.

"If Quad is to continue growing, we must also be cognizant of what we should not do. Trying to strait-jacket it, subject it to stress tests or impose congruence over convergence are harmful, not helpful," Jaishankar said.

He said the Quad works precisely because it is "flexible and understanding", noting that it is a welcome departure from the rigidities of the Cold War era.

The external affairs minister said the Indo-Pacific as a theatre and the Quad as a platform are among the recent additions to the strategic lexicon.

"Once the constraints of the Cold War were removed in strategic calculations, three of India's important relationships, that with the US, Japan and Australia, started to unfold more naturally," he said.

"The cumulative impact is what we are seeing now. It could even be asserted that the Quad symbolises the larger direction that the world is moving," he added.

Jaishankar also elaborated on the increasing significance of the Indian Ocean.

"The Indian Ocean may have been relegated to a strategic backwater for seven decades after the second world war, but it is today not only a critical global lifeline, but one that is smoothly fusing into the waters of the Pacific," he said.

"In fact, the actions of major powers active in the Indo-pacific speak volumes of what are their real and integrated calculations. So if we judge nations by what they do rather than what they preach, the picture is very clear," the external affairs minister said.

"At the end of the day, the compulsions of interdependence and interpenetration have triumphed over outdated definitions and vested interests," he added. PTI MPB RC