Rajasthan Min Hemaram Choudhary sparked a row in Congress saying that the party cannot come to power if young leaders within the party are ignored. 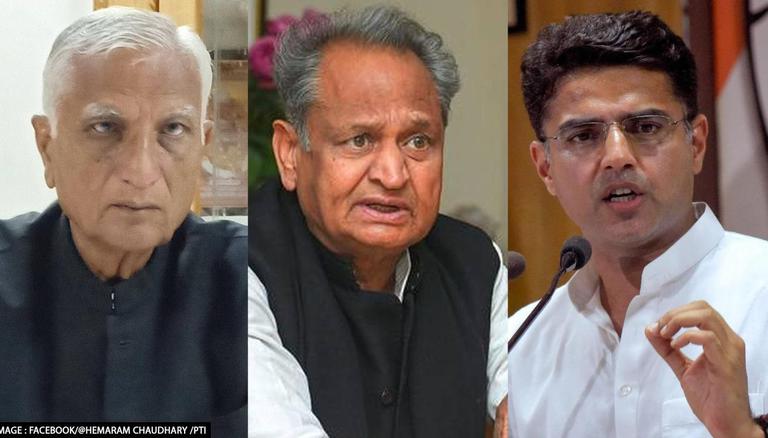 
The political crisis that erupted in Rajasthan Congress in September after over 90 Congress MLAs of the Ashok Gehlot camp tendered their resignation, seems to have again resurfaced in the state. Senior Congress leader and Cabinet Minister in Ashok Gehlot government in Rajasthan Hemaram Choudhary expressed displeasure with the party saying that it cannot come to power if young leaders within the party are ignored.

Speaking to reporters in Rajasthan's Barmer on Sunday, Hemaram Chaudhary, a supporter of former deputy CM Sachin Pilot said, "Congress cannot come to power, and it cannot be revived if young leaders of the party are ignored." Without naming Sachin Pilot, Chaudhary said that giving a chance to the young Congress leaders will strengthen the party.

'How will party become strong if Sachin Pilot is not given chance': Congress Minister

Chaudhary who handles the Ministry of Forest and Environment in the Rajasthan government lambasted AICC general secretary Venu Gopal for not resolving the September issue which the latter assured at that time to resolve in two days. "Party’s general secretary Venu Gopal had assured to resolve the September 25 issue in two days, but there has been no decision on the same till date,” Chaudhary said while adding that this has sent a wrong message.

On Sachin Pilot, the Congress leader said that Pilot has not been on any post for the last two years, but the amount of work the former deputy CM has done for the party is not hidden from anyone. "He (Sachin Pilot) is popular among the masses and his events draw huge crowds, but he has not been on any post. How will the party become strong if such a popular and famous leader is not given any chance?” Chaudhary questioned.

Notably, the state from a senior leader like Hemaram Chaudhary has sparked a row in Rajasthan Congress again and opened the rifts that emerged from the September political crisis. This statement also holds significance as it comes after party general secretary Ajay Maken expressed his desire to relinquish his charge as the AICC in-charge of Rajasthan. This move from Maken is perceived as a sign that he is upset with the lack of action against Rajasthan CM Ashok Gehlot and his supporters despite their alleged role in the political crisis of September.

Infighting hit Congress as over 90 Ashok Gehlot camp MLAs didn't turn up at the CLP meeting on September 25, held a parallel meeting at Rajasthan Minister Shanti Dhariwal's residence and submitted their resignation letters to Speaker CP Joshi. They demanded that a decision on the CM must be taken by the new Congress president, Gehlot must have a say in it and the position shouldn't be given to Sachin Pilot or any of his supporters. AICC observers Mallikarjun Kharge and Ajay Maken submitted a written report in this regard to then Congress president Sonia Gandhi on September 27.

Subsequently, the Congress party issued a show cause notice to three Gehlot loyalists over the breach of discipline in Rajasthan. Shanti Dhariwal, Rajasthan Tourism Development Corporation (RTDC) chairman Dharmendra Rathore and Congress chief whip Mahesh Joshi were asked to explain within 10 days why disciplinary action shouldn't be taken against them.