In a major boost to the Indian Navy, INS Visakhapatnam was commissioned on November 21, Sunday by Defence Minister Rajnath Singh. 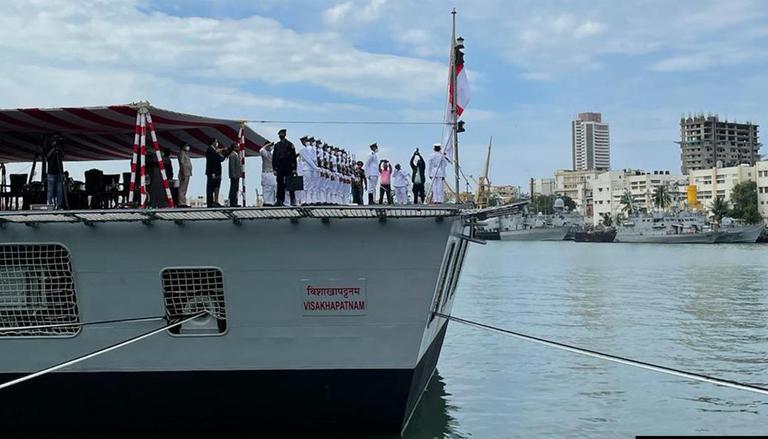 
In a major boost to the Indian Navy, INS Visakhapatnam was commissioned on November 21, Sunday by Defence Minister Rajnath Singh at the Naval Dockyard in Mumbai. It is the first stealth-guided missile destroyer ship of Project 15B and a crucial step for the Navy to demonstrate its indigenous capability to build complex combat platforms. The destroyer is capable to enhance the Navy’s capacity and firepower to battle threats by a margin. The Defence Minister was the guest of honour at the commissioning event.

Speaking at the commissioning ceremony of #INSVisakhapatnam in Mumbai. Watch https://t.co/I2nKX4UXtK

INS Visakhapatnam taking India amongst an elite group of nations

The INS is proficient to build advanced warships. Here are key features of the destroyer:

Visakhapatnam's induction will be entailed by Vela, a submarine of the Kalvari Class on November 25. As per the Indian Navy, the inclusion of these in India's military arsenal is a tribute to the fallen soldiers of the 1971 Indo-Pak war along with the freedom fighters who fought for the country's independence.