An alert has been issued as Cyclone Jawad is likely to reach Visakhapatnam by the evening of December 4. 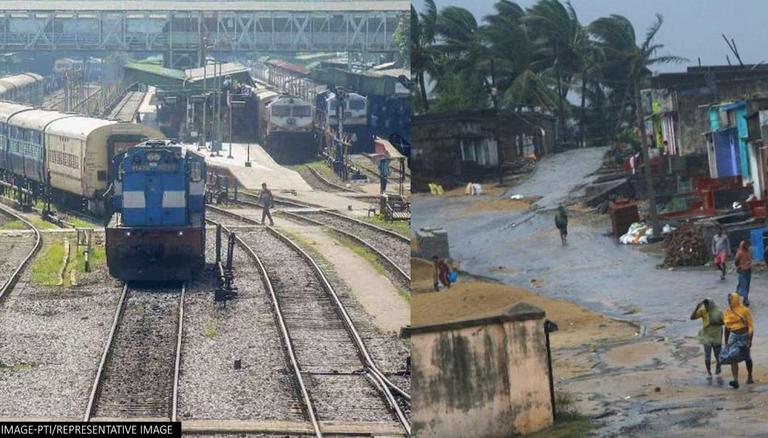 
As the low-pressure area over the southeast Bay of Bengal continues to remain in a deep depression, a total of 65 trains from Visakhapatnam district scheduled for December 3 and 4 have been cancelled amid Cyclone Jawad, informed Senior Divisional Commercial Manager of Waltair Division of East Colony Railway, AK Tripathi.

As the coastal regions of Andhra Pradesh, Odisha, and West Bengal braces up for heavy to very heavy rainfall over the weekend, the India Meteorological Department has issued an alert for both states as Cyclone Jawad is likely to reach coastlines by Saturday, December 4. Also, an alert has been sounded as the cyclonic storm is likely to reach Visakhapatnam by the evening of December 4 and can result in great havoc and cause electric and telephone lines to get disrupted.

Meanwhile, passengers are advised to check the status of their trains from Andhra Pradesh from the official website of IRCTC.

The deep depression which is predicted to intensify in a cyclonic storm in the next 12 hours will cause heavy to extremely heavy rainfall in the coastal districts of Andhra Pradesh Odisha and West Bengal, informed IMD. Under the view of the extreme weather, the Andhra Pradesh government has also announced to close down all the schools across Visakhapatnam and Srikakulam districts for Friday and Saturday followed by the Odisha government where several preventive measures have been taken.

Earlier on Thursday, Prime Minister Narendra Modi in a high-level meeting reviewed the preparations of state and central ministries and further directed officials to take necessary measures for ensuring the safety of the people and also the maintenance of all the essential services across the states. He also directed administrations to maintain adequate storage of medical supplies and essential items.