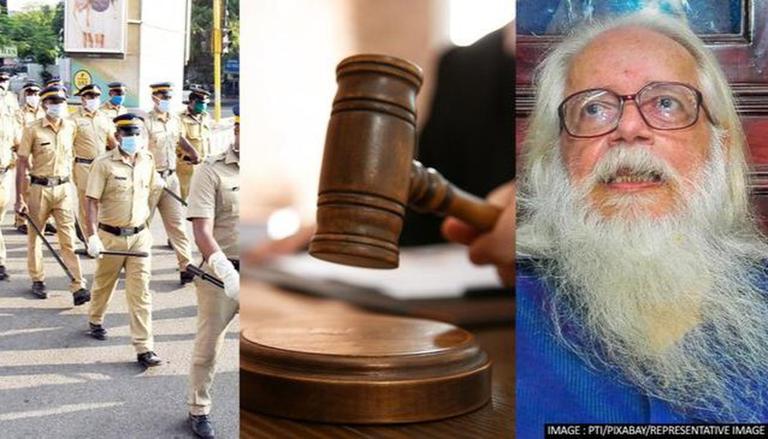 
Former Kerala Director General of Police (DGP) Siby Mathews on Friday, 24 September 2021, moved the Kerala High Court opposing an order of the Thiruvananthapuram sessions court imposing a time limit on his anticipatory bail in connection with the 1994 ISRO espionage case.

In his petition, Siby Mathews alleged that the time limit imposed on him violates the law settled by the Constitution Bench of the Supreme Court, as per ANI reports.

"The Supreme Court had held that an order granting bail should not be limited to a fixed period and the life of an order of anticipatory bail may continue till the end of the trial. The petitioner is fully cooperating with the investigation by the CBI New Delhi unit," said the petition.

As the allegations relate to incidents that had occurred in 1994, the custodial interrogation of Siby Mathews may not be necessary to probe the matter, said the plea.

Mathews is the fourth accused in the case related to the conspiracy to frame former ISRO scientist Nambi Narayanan and others in the espionage case. Other accused in the case include S Vijayan (former Circle Inspector of police), Thampi S Durgadutt (former Sub Inspector), and VR Rajeevan (former police commissioner).

The sessions court granted anticipatory bail to Mathews for 60 days in June this year. The Central Bureau of Investigation had registered an FIR against former Kerala Police Chief, Mathew and others for their alleged involvement and criminal conspiracy to frame former Indian Space Research Organisation scientist, Nambi Narayanan in an espionage case in 1994.

In July, Nambi Narayanan had opposed the anticipatory bail plea filed by Siby Mathews and told the court that he was tortured the most by the former cop.

The case dates back to 1994 when allegations of transferring confidential documents on India's space program to foreign countries were levelled against two Indian scientists. Two Maldivian women named Rasheeda and Fousiya Hasan were also accused in the case. Later, Rasheeda was arrested from Thiruvananthapuram for obtaining secret drawings of ISRO rocket engines with an aim of selling them to Pakistan.

At that time, the then director of the cryogenic project at ISRO, Nambi Narayanan was arrested with the Deputy Director of ISRO, D Sasikumaran. Narayanan was later given a clean chit after which he sought legal action against the police officers for involving him in the espionage case. His appeal, however, was rejected on the basis that no action was required against the officials.

He then moved to the Supreme Court where his plea was accepted and the Apex Court directed for an investigation followed by the appointment of an inquiry commission. The SC also directed the CBI to conduct an investigation and later 18 former police and several Intelligence Bureau officials were charged with allegations.